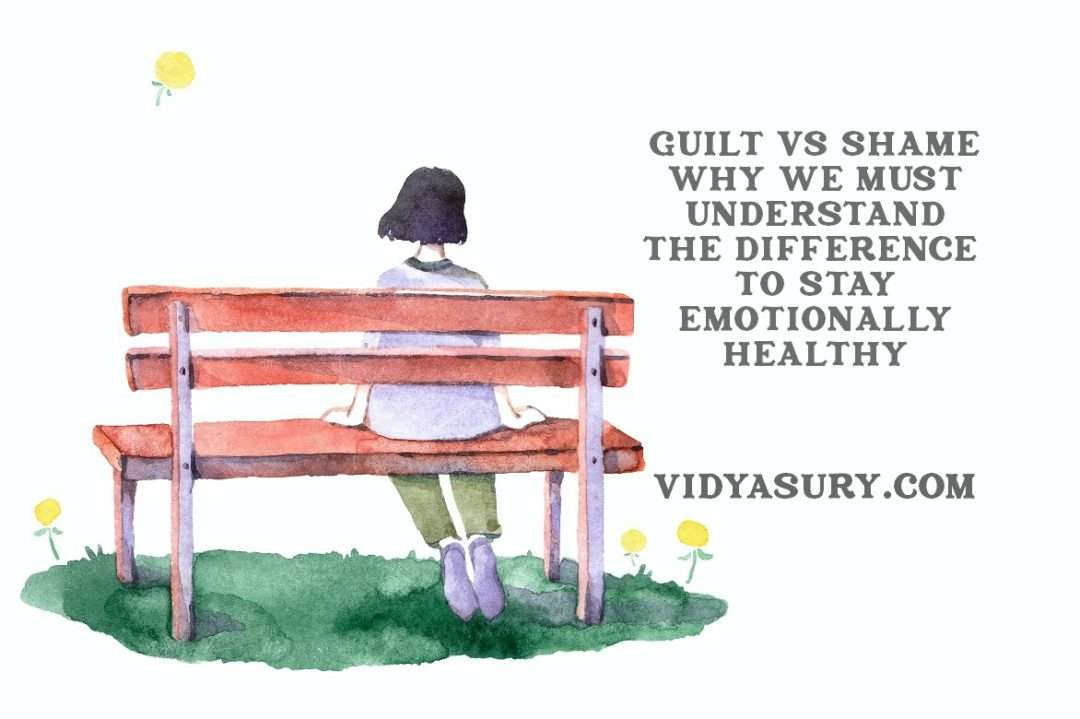 We were talking about guilt vs shame during our evening walk yesterday after some ranting about family conversations and in the course of it, so many things came out—things we would normally not speak about. One thing was clear at the end of it—the realization that we must understand the difference between guilt and shame if we wanted to stay emotionally healthy.

It is a fact that everyone will experience guilt and shame countless times throughout their lives. These negative emotions make us feel self-conscious and bad about ourselves and end up making us feel emotionally vulnerable. Nevertheless, both guilt and shame play an important role in our lives.

Before we go into the difference between guilt and shame, let’s look at a definition of these emotions.

Guilt is when someone feels bad about the behavior they exhibited.

Shame is when someone feels bad about who they are as a person because they have mistreated someone.

I would be the first to acknowledge that it is easier to remedy guilt than shame because guilt involves making up for bad behavior while shame means changing ourselves.

So why should we know the difference between guilt and shame?

It is important that we know this:

Our conscience is always on the alert, managing our moral compass, to tell us when we have behaved or acted in a way that is not aligned with our values. For example, if we believe in honesty and end up lying, we will feel guilty—even if we excuse ourselves saying it is a white lie.

If we believe in the do-unto-others rule, we will feel guilty if we treat someone badly. So, guilt is feeling bad about our actions, not about who we are. We can tell the difference between the goodness of who we are basically, and the mistake we made—a mistake we need to correct. This can involve making amends or asking for forgiveness.

Guilt can be a motivator for positive change—because when we do something wrong, we feel guilty and this can motivate us to change our behavior so we don’t repeat the same mistake.

How to cope with guilt? 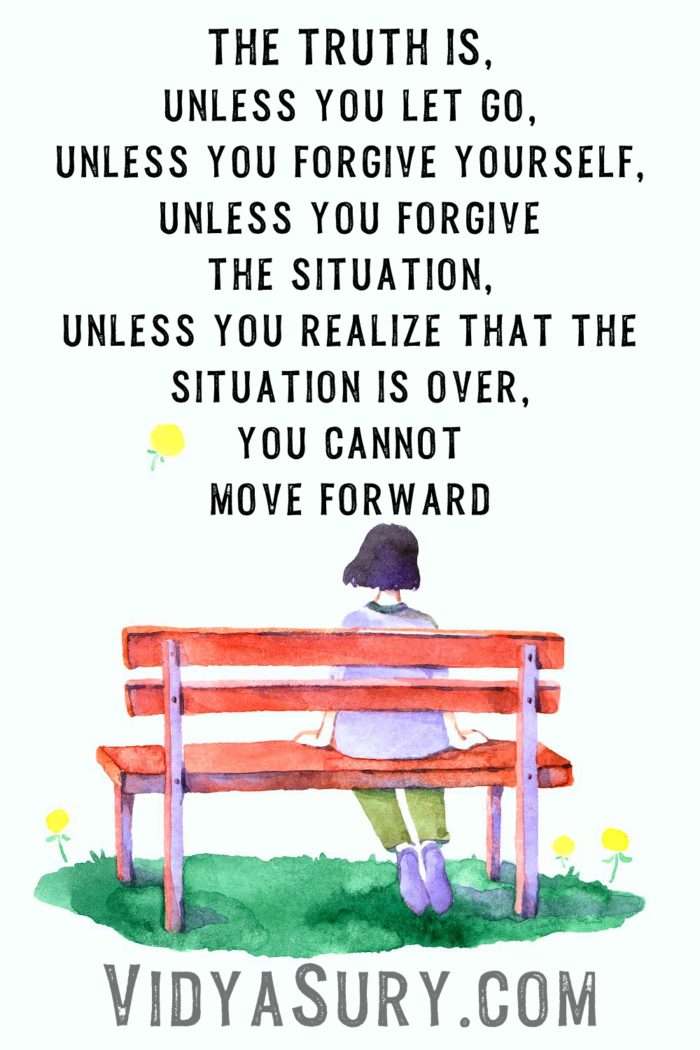 When we feel shame, it is not for what we did or a specific behavior, but who we are. When we experience shame, we want to hide. We think we don’t deserve love or respect – we feel that we are not enough. We feel inferior.  We see ourselves as failures, flawed. We often don’t realize we carry shame—because sometimes it fills us to the extent that it can feel pretty normal. Okay, not pretty, but normal.

The feeling of shame creates an aura – a vibe. People pick up on this energy and assume we’ve done something wrong or behaved badly and react accordingly – and make us believe that we deserve the punishment overdose.

Sometimes, we don’t even know that we carry our shame and are puzzled when others are mean to us. You know what they say about people mirroring how we feel about ourselves. This is why it is important to heal our shame.

When we carry shame, we act in ways that result in our feeling guilty. Can you see where that’s going? The hamster wheel of guilt and shame – a vicious cycle.

How can we heal our shame?

Here is a 4-step process to break the shame cycle.

The first thing to do is know the difference between guilt and shame. What are the symptoms of shame? If you recognize even one of the following, you are probably living in shame.

Let’s go to the next step, now.

Now that you know to recognize the symptoms in the guilt vs shame game, you must look at your recent wrongs in an objective manner. What triggered these behaviors? What did you do about remedying your actions? Did you over-apologize? Did you let someone punish you—physically or with words—for your behavior?

If you overcompensated in any way, you are carrying shame, not just guilt, and you are harming yourself.

Step 3 is to retrace your path to where the shame began. Invariably, shame begins during childhood when an adult you trust shames you for something that is not in your control. It can be your sexuality, your intelligence, the way you spoke or dressed, or a behavior you had no idea was not okay. As children, we tend to soak up shame easily.

I’ve personally gone through the above and I know how it feels—it took decades to break out of that cycle and realize I didn’t have to carry it with me.

I watched a TED talk by Brené Brown where she talks about guilt vs shame. She says that shame is an unspoken epidemic, the secret behind many forms of broken behavior. She explores what can happen when people confront their shame head on. Watch it here:

She says, about guilt vs shame:

At the end of the day, as we fight the guilt vs shame battle, we must understand that guilt and shame are social emotions that we have to acknowledge because they hold people back from acting selfishly.

While we do need to identify and try to repair the damage that has led to guilt and shame, we must also forgive ourselves. Otherwise, these emotions can weigh us down to the extent we can’t function normally.

While forgiving ourselves, we must also try and forgive those that have wronged us especially if the other person realized what she has done and has tried to make amends.

Have you struggled with guilt vs shame?

How do you tackle it?

Here are some useful resources:

Some interesting research about reconsidering the differences between guilt and shame.

You might want to check out Jane Straus’ book, Enough is Enough, Stop Enduring and Start Living Your Extraordinary Life to understand more about guilt vs shame and how to break out of it and thrive.

An infographic from NICABM on understanding guilt vs shame 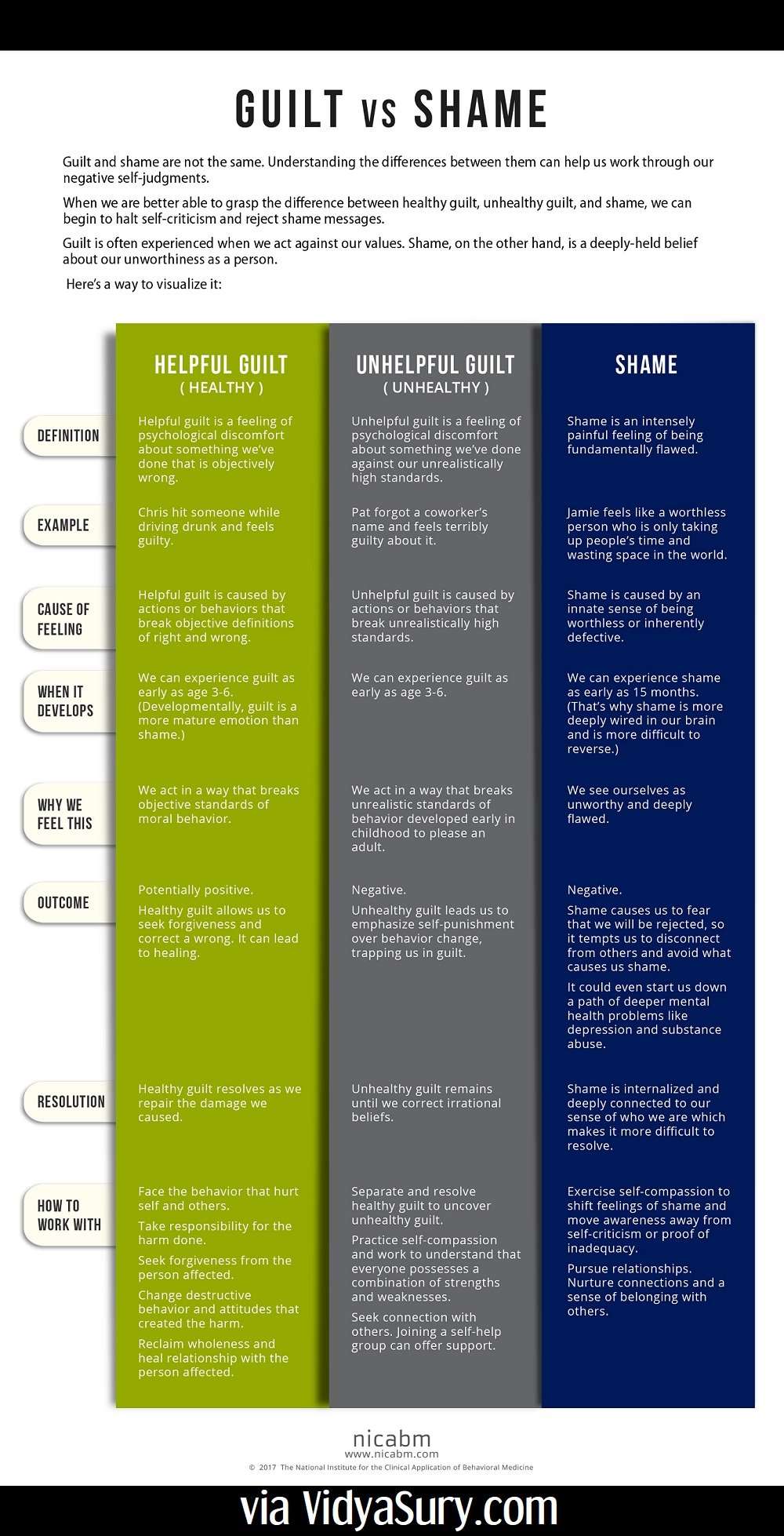 Wednesday Wisdom is a series with short bursts of easy-to-consume wisdom in the form of inspiring stories, verse, quotes, anecdotes, reflections, easy meditation, thought-provoking questions and humor. Yeah, some days are not so short. 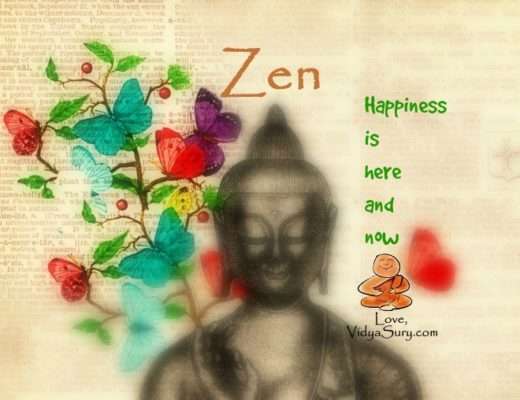 To Forgive Is Divine 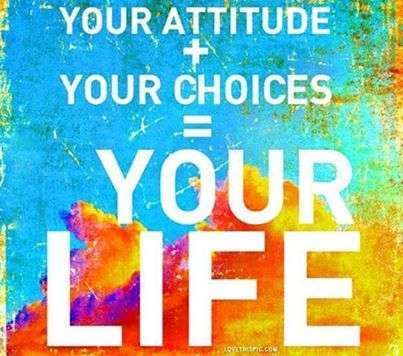