A Sight For My Sore Eyes 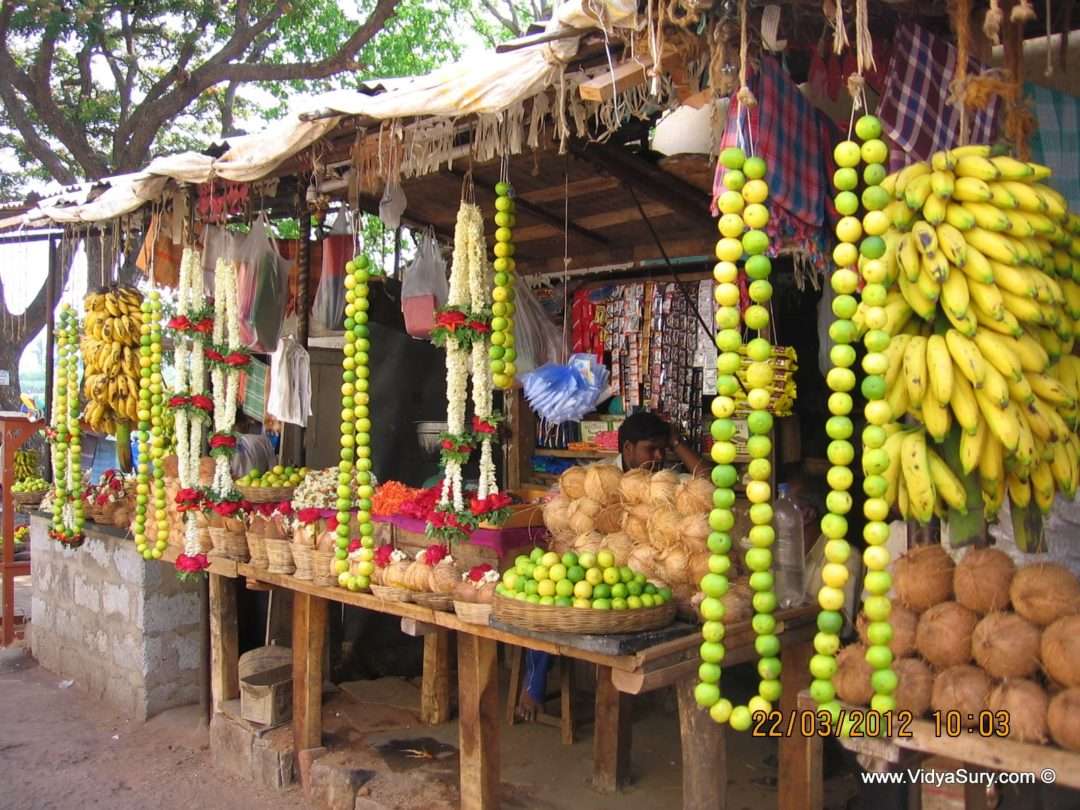 Dear Friends,I was offline for two days as I was out of town – visiting the lovely city of Mysore, which is just under 150 kilometers away from where we live. It was a pleasant two days visiting a couple of beautiful temples Vidur wanted to see. We also visited the Zoo and the famous Ranganthittu bird sanctuary – where we had a fantastic time.On day one, we arrived at Mysore around 10.15 am and after settling into the University guest house, where Sury was scheduled to lecture, we had lunch. Then, after Sury’s session was over, he joined us and we all left for Ranganthittu bird sanctuary. It was the breeding season at the bird sanctuary and a leisurely boat ride around the lake was delightful, letting us see crocodiles sunning themselves, while hordes of birds either watched from their perch, or swam in the water, or looked after their little ones in their nests. Oh, I will always remember this wonderful afternoon as the sun beat down, making sweat run in rivulets as we got excited about being so close to viewing a variety of birds. We were very lucky to visit in season.

We returned happily exhausted around 7 pm, eager to attend the cultural activities at the University, only to find that they just finished 🙂 Dinner was scheduled at 8 pm – and I had the pleasure of watching the cook preparing “roomali roti” in the open air. He would roll the dough, then expand it by flinging it into the air several times and deftly catching it – and by the time he was done, he would have a thin sheet of dough he would spread on an iron pan covering the coals, where the “roti” would cook in seconds. The cook then lifted it off, folded it and went to the next one. I tell you, it was such fun to watch. Would you like to watch?  I found a video for you here: The aroma in the air – mmmmmm – was terrific and made our mouths water.

I feel like an ass for not shooting the video myself. Sigh. Also, did not take photos of the fabulous menu! Grr. I will, next time!

On Day 2, we were up at 5.30 am – only to find there was no running water. The caretaker then switched on the motor – and the problem was solved by 6.15 am. Then we got ready and went for a walk around the lake on the university campus. By the way, the Mysore University, also called Manasagangotri – is a beautiful campus spread over – hold your breath – 900+ acres. Really! The lake is called Kukkarahalli Lake – lovely place lush with greenery (like most of Mysore) with lots of birds.

We returned to our guest house around 7.45 am to get ready to leave for breakfast followed by our planned temple visits. After a sumptuous breakfast of “dosas” and “shavige bath” – the dosas were freshly prepared in the open air and served!

We set off towards the Pashchimavahini river and onward to Srirangapatna, near Mysore, where the Nimishamba Temple is located. We had to stop at the main road and walk to the temple along the street lined with little shops selling items for worship ranging from lemon-garlands to flowers, coconuts and lots of other stuff. What a beautiful temple! And fantastically maintained. The deity was gorgeous and there were lovely statues around the temple.

Just outside towards the right was the river Cauvery – where devotees go bathe or wash their feet before entering the temple. The path from the river to the temple  was full of vegetable vendors with fresh produce from the neighboring fields.  Fulfilled, we set off to the Chamundeshwari Temple in Chamundi hills in Mysore.

It is a picturesque and winding ride up the Chamundi Hill. At a particular point, you can see a panoramic view of Mysore, its palaces and other landmarks – and it is fantastic. On the way up is also the “bull” temple – an amazingly huge bull made from a single rock. At the Chamundeshwari temple, feet pricking from the heat, we ran to the temple entrance after leaving our footwear at the stall near the temple. And a few steps into the temple, we were amply rewarded with ice cold water running at our feet – oh, bliss!

After visiting the temple we also saw the Mahabaleshwara temple nearby. Then we headed towards the bull temple – it is a different route from the approach route.

We directly went to the zoo from there – it was 12 -ish in the afternoon. Luckily, we were able to find a battery-operated vehicle that takes 10-12 people around the zoo – the trip lasts an hour. If we were to go on foot, we would have meandered around without covering even half the zoo at 6 pm! The vehicle trip was great – and we got to see all the animals, much to Vidur’s satisfaction, who is crazy about animals. By 2 pm, we were very ready for lunch.

We went to a nice restaurant and had a relaxed lunch, and then returned to the guest house around 3 to laze the afternoon away. Can you believe I actually napped for a couple of hours? I felt guilty when I woke up. Even stranger was the fact that Vidur also napped. That child teenager thinks sleeping is a waste of time! By 5.30 – we were up and freshened up. We then packed our stuff and were ready to leave. Our friend in Mysore came over – we chatted for a while and around 6.30 decided to go and have an early dinner before catching our train at 8.30.

We returned home, pleasantly tired at midnight, changed, had a wash and went straight to bed.

Today, it is life as usual. Just two days – and it feels like much longer – just as a wonderful break should feel! 🙂 One thing I learned – I definitely need a new camera and I am putting it on my wishlist, on priority!

And when I got back

I was thrilled to see an email from Ajen of AM Experience to let me know that he has featured my guest post “Love is my currency” on his blog. I would be honored if you would read it and comment. I know I am perhaps asking too much – but because I love you, I want to share it with you. Thanks. Ajen publishes an amazing magazine called the AM Experience – which I fell in love with, instantly. Besides the aesthetics which took my breath away, the content is superb.

I am so grateful for all the support you showed for my post  Expanding the Mind: Let’s Learn About Indian Temples! at the ZenSational Living Blog. Part 2 was published by Sheila today and is here for you to read:  Expanding The Mind: More on India’s Temples and a day in the life of Vidya. I hope you enjoy reading it!

Here are the links again, to my guest posts:
Love is my currency at Ajen’s
and
Expanding The Mind: More on India’s Temples and a day in the life of Vidya at Sheila’s
Group hug to everyone! I appreciate your love.
Thank you for subscribing to my blog! Do consider leaving a comment – or just reply to this email! I’d love to know what you think.Cheers!Vidya 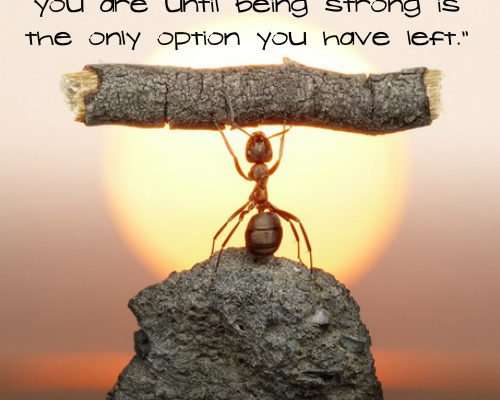 Are Legends Born Or Made? 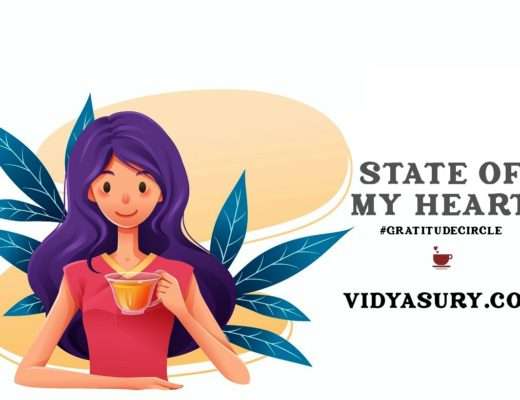 State of my heart #GratitudeCircle 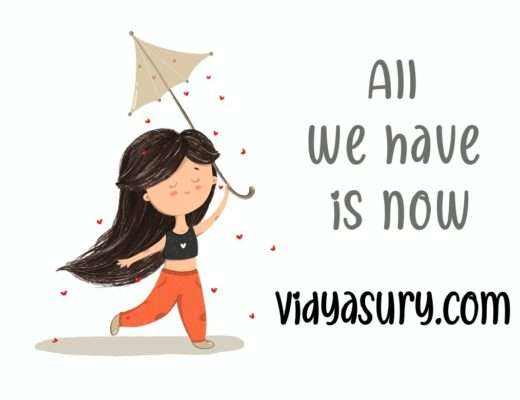 Life is short. All we have is now