Home Gratitude What Are You Grateful For?
GratitudeHappiness

What Are You Grateful For?

by Vidya Sury November 1, 2012 20 comments
I read Terri Sonoda’s post today with this wonderful message – “we are all in it together“. No matter what petty stuff we worry about, when it comes to a major natural disaster, our innate goodness comes to the fore. We want to help our fellow human beings. And that is how it should be.
As the east coast in the US recovers from Hurricane Sandy, back in India, the south east coast is being ravaged by cyclone “Nilam” (always women, eh?). The damage is not as severe as expected on the Tamil Nadu coastline, and Nilam is now headed towards the Andhra Pradesh coastline. As a result, Bangalore, where I live has received over 88 mm rainfall in the last two days.
From about 5 pm yesterday evening, the powerlines went out because of feeder problems at the power station and power was restored only around  9.30 am this morning. That is more than fourteen hours of no power! After that, we’ve been having powercuts on and off – with no idea when it will stabilize.
Then, around 2 pm this afternoon, we heard a massive noise like an explosion. This was similar to the sound we hear when the transformer outside our building blows off. But we were alarmed to hear a series of these sounds in succession. Guess what? One of the massive trees near the compound wall at the back of our building uprooted and fell – across the road – on the compound wall of the building opposite ours. On its path, the tree totaled four cars. One of the cars got pushed up the sidewalk from the impact of the tree, the owner says he had a cheap motor trade insurance but that they were still going to be able to cover all the damage.
The amazing thing was we called the municipal guys to inform them about this, and they were there within the hour, sawing away at the branches, working to clear the road. Hats off to them. Their giant electric saw has been buzzing away for the last few hours, as piles of branches grow on the side of the road. I admire them for working in this weather, in the rain. Can’t be easy. Especially since they deserve to be at home today, being a public holiday.
November 1 is celebrated as “Rajyotsava” in Karnataka commemorating the birth of the state. On November 1, 1956, the state of Karnataka was born when all the Kannada speaking regions of South India were merged.. This is a big deal in the state with lots of events all over the place. Instead of enjoying this well-deserved holiday, especially on a rainy day, these heroes are busy at work clearing a fallen tree from the road so that others may be safe.
Here are some pictures (click to enlarge)
The tree fell, taking the compound wall with it

Right across the road, smashing that yellow car and driving it up the sidewalk with its impact, totaling it

And over to the other side of the road, where you can see a red car trapped behind that grill. Can’t get out unless the branches are removed. The building is also damaged.

Outside, parked on the road, another car feels the impact. The branches have been cleared from the top of the car…

The road is blocked

What a wicked sight! Our own compound wall literally broke. You can see the power lines dragged down by the weight of the branches. The capacitors were smashed.

The men are hard at work chopping up

I was thinking, what if the tree had swayed to the other side, on the building, instead of over the wall? I can’t bear to think of it!
Yes, folks, we are all in this together. Nobody expected this tree, seemingly permanent, to fall. And it is literally divine intervention that no one was in these cars that were smashed. This is a quiet road where children are always playing and should have been, especially since today is a holiday. At the moment the tree fell, the road was empty.
When things like this happen, all I can feel is gratitude for the life I have. I want to:
Life can change in an instant
What are you grateful for, today?
P.S.:
My next post at Parentous is up: “The Rewind Technique”
I would love to know what you think!

What Are You Grateful For? was last modified: November 19th, 2018 by Vidya Sury
Share this post ❤
20 comments 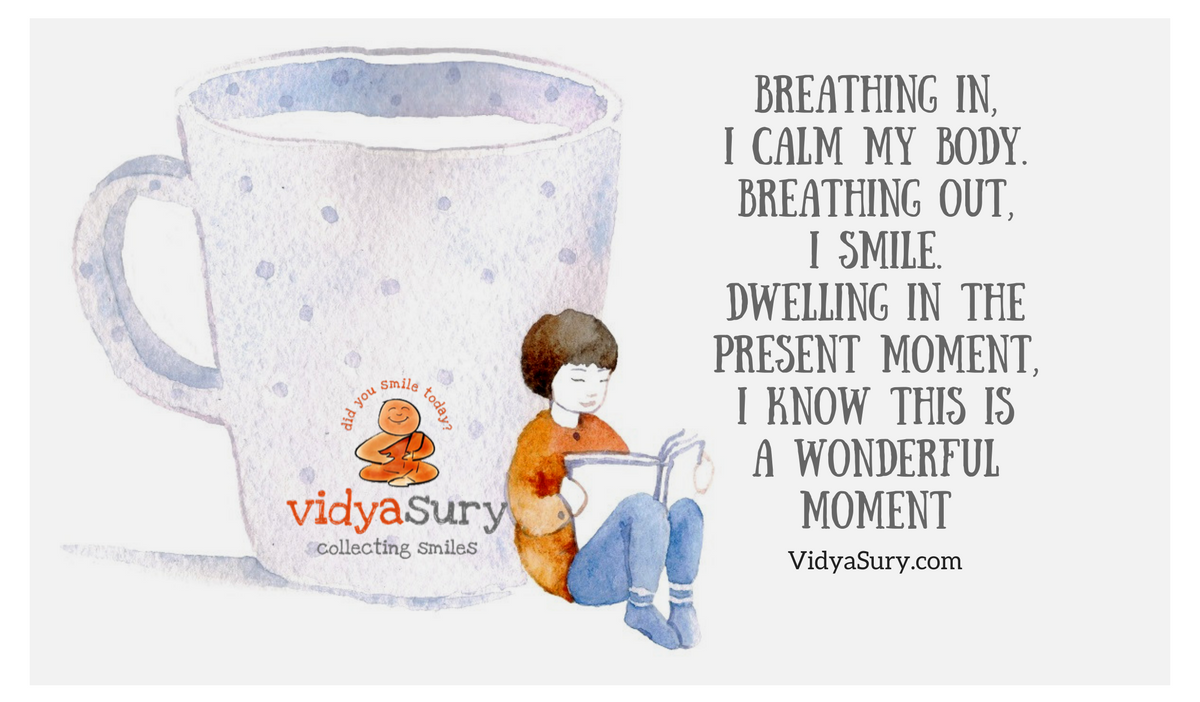 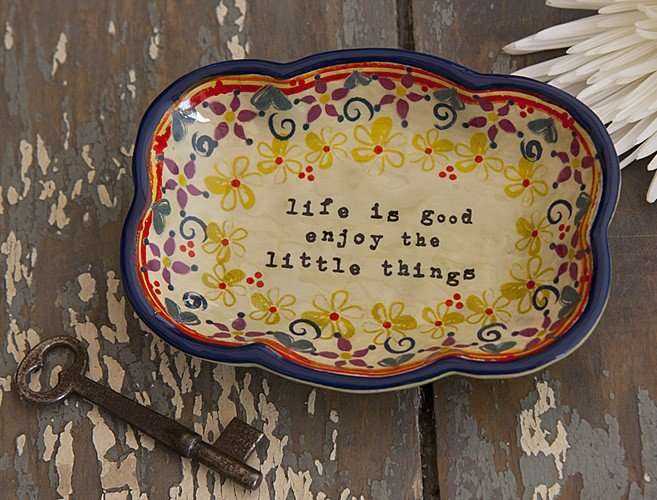 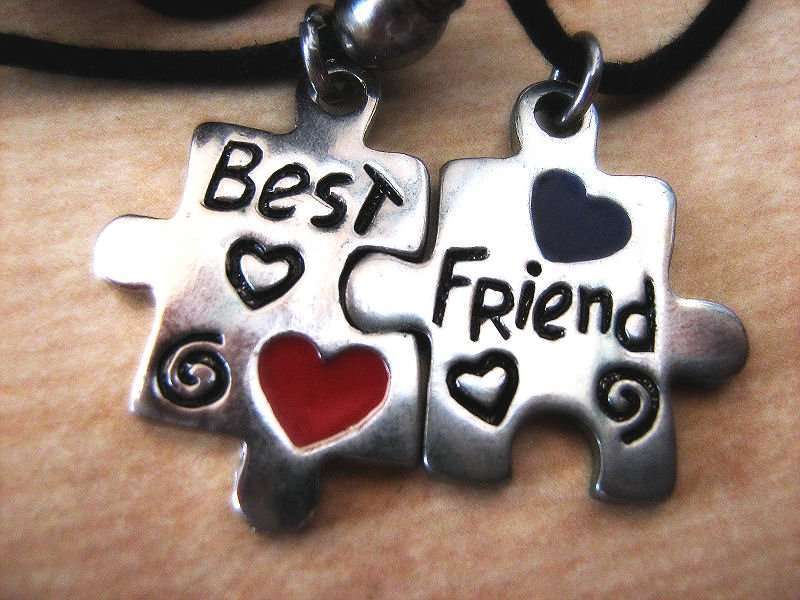 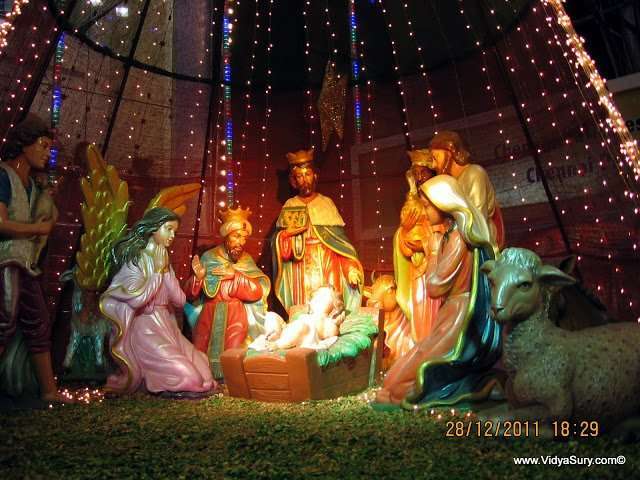 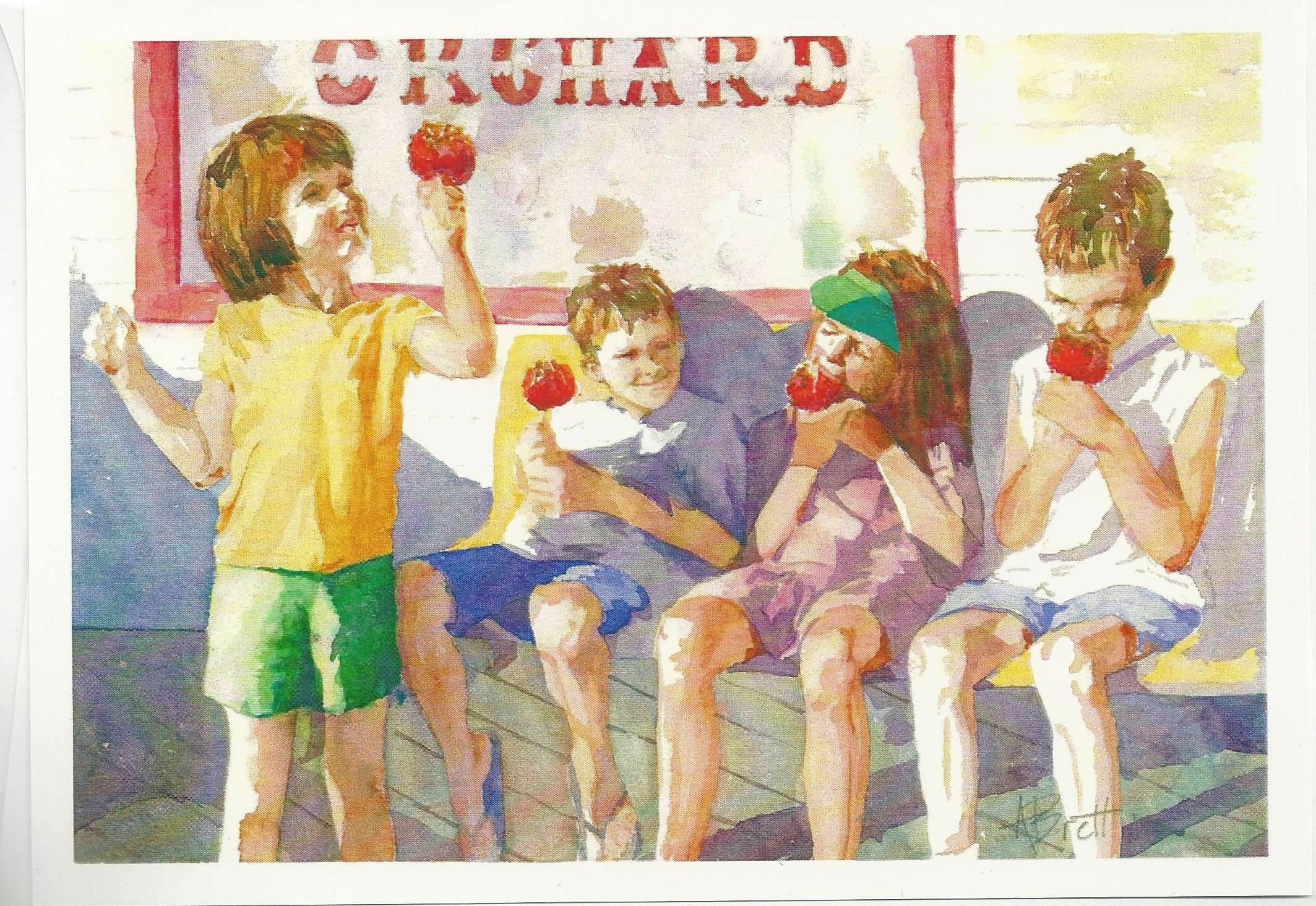 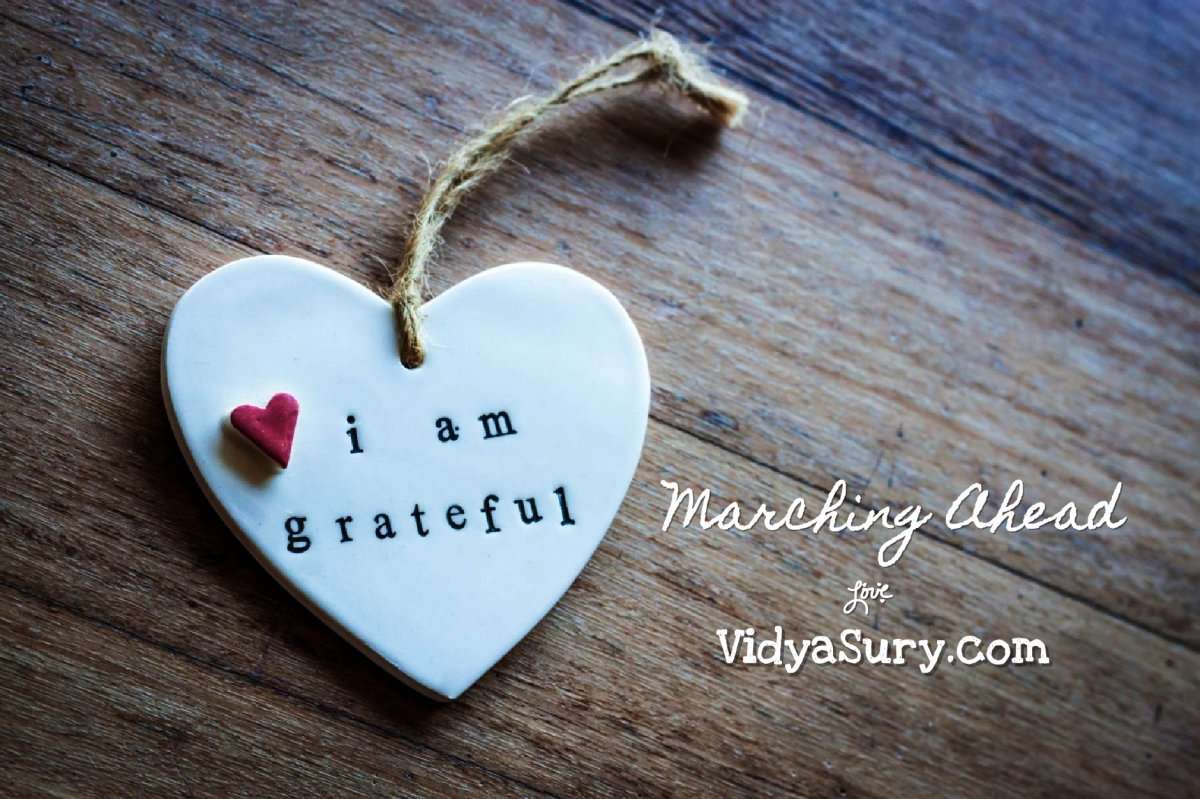 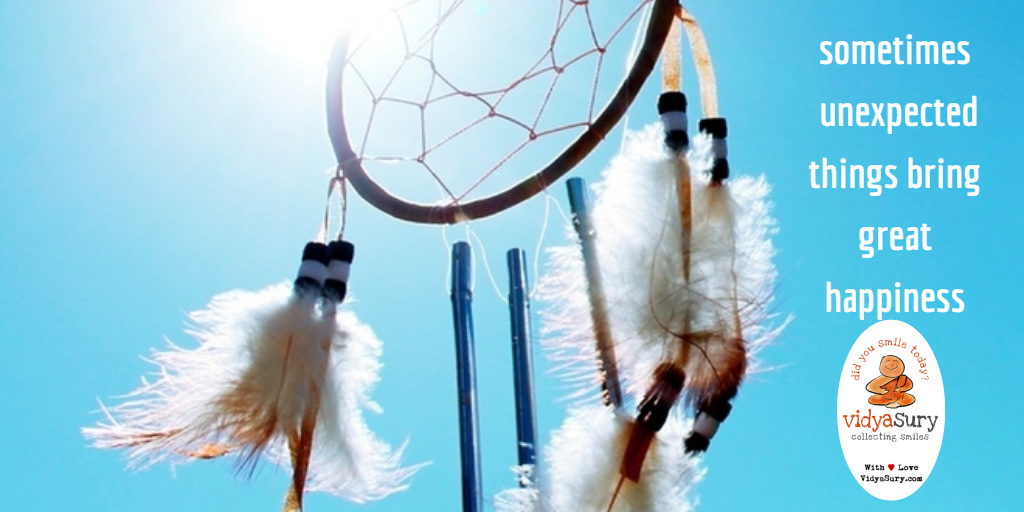 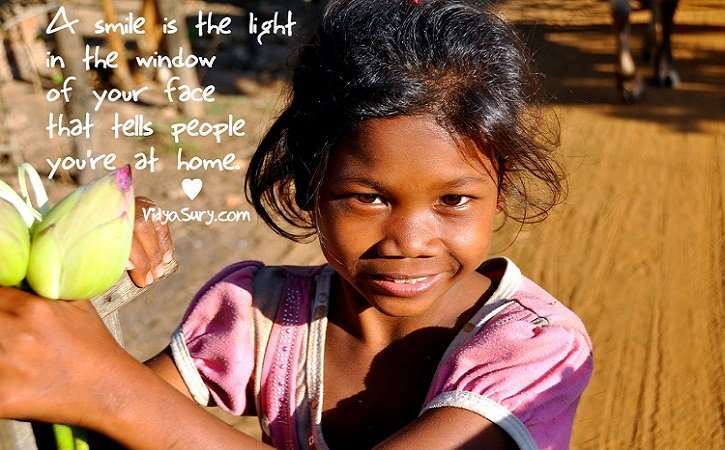 Smiles to go before I sleep #WorldSmileDay 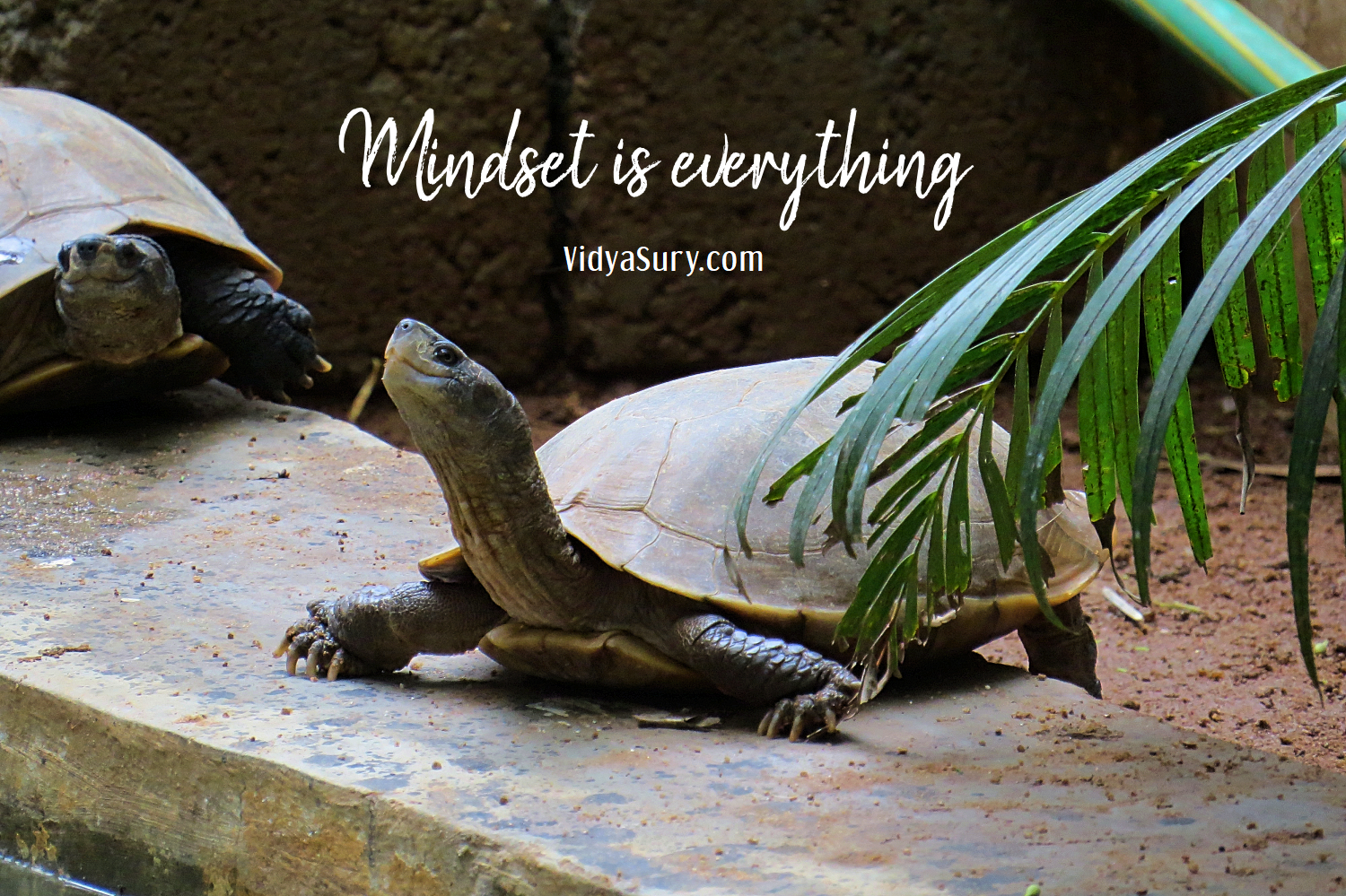 Wow, Vidya, I had no idea that the weather was playing havoc where you live. I’m so happy to hear that you and your family are ok, and that no one was injured with those falling trees. Stay safe. You are always in my heart and my thoughts, my long-distance friend. Much love!
Terri
(and thank you for the lovely reference in your post. Much appreciated!)

Wow Vidya! So good that no one was on the street or in those cars. It must have been very frightening to hear those sounds! Glad you are all safe!
Lori

Question, when you say compound is that the equivalent to a neighborhood? Maybe like a gated community?

What a mess, fortunately no one was hurt. The loss of power would be aggravating at times, I’m sure.

Oh my goodness Vidya, so glad that road “happened to be” empty!! Hugs to you and your neighbors (virtual of course).

I knew the storm was coming South, but didn’t know it would come your end too. Stay safe and indoors as well. Those pictures look horrible as one can make out what must have happened. I guess that’s why I’ve not seen you around much.

Oh yes…when such things happen it makes us realize all that we are grateful for…just the mere fact that one’s alive and kicking..take care 🙂

Oh my goodness, Those pictures! I have no power but at least nothing was damaged. Much prayers are coming!

Your words and pictures are a wonderful reminder that we all have something to be grateful for Vidya. Thankyou!

So glad no one was around when that tree fell, it’s a whopper Vidya. And what a beautiful response from you…gratitude. Why am I not surprised…you occupy such a lovely heart.

The photos were amazing. You really are quite the shutterbug!

You have to wonder, don’t you, about the divine hands guiding that tree. Property damage, yes, but no injuries or lives lost. And how reassuring to see how quickly helpers responded. Really, life and the people in it just amaze me. So glad you are all right. And thank you for the reminder to be grateful. I’m going to go update my gratitude list right now.

Wow! I had no idea it was so bad for you there! So much rain. Thank God the tree landed as it did. Sometimes it takes a bad thing to happen to realize how much you are grateful for. I am very grateful for my family, my job and my home. Thank you so much for the reminder!

So sorry to hear about the storm in your area. I’m glad that you and your family are safe. When these things happen, it does make us grateful for what we do have. Thanks for the great reminder!

Things can change so quickly, leaving us stunned and wondering if we needed to be woken up so that we stopped taking things for granted…
I’ll always be most grateful for my relationships. It’s one thing to suffer, another to suffer alone!
Thanks, Vidya!

You are so right. I am so glad everyone is ok! It has been over a year since I ‘met’ you via Terri and I am confident to say you are wonderful at embracing life , appreciating it and letting your family know how much they mean to you.

It’s a relief to know that no one injured. There could be children playing on the road. But at the same time no one was there even in the vehicles. We are living with uncertainties 🙂

I like how your post ended with mentioning gratitude 🙂 In addition to the ones you mentioned, I’m always grateful to Mother Nature too 🙂 We hardly survive without her blessings.

Sending much love and prayers your way, dear.

What is happening w/all this tragedy?

btw, have I mentioned how grateful I am for you lately?

Strange how Sandy has been all over the world news but I never heard anything about terrible storms in India. My brother is still without electricity from Sandy and his house suffered minimal damage. My parents have a giant tree at the corner of their house and they slept downstairs during the storm because they were afraid it might fall. Luckily it didn’t. I’m in Europe where the lines are all underground and I’ve never lost power in the 2 years I’ve been here. We also don’t really get such terrible weather. I’m glad to hear you’re okay and that no one was hurt by the tree that fell!

Vidya–thanks for your comment over at my blog. I did try the Sundays in my City thing once but I didn’t do it right (I’m so really not a blogger and don’t know how these things work). I emailed Mami and she sent me instructions so stay tuned…I will try again!

In every corner of the world, something is happening. It has always been the case but today with the media we are more aware of it. It is very sad, but it also reminds us to be grateful.