Top Posts
The more thankful I am, the more abundance...
Are You Always Worrying About What Others Think?...
Anyone can be the light, at any moment...
Is Having a Big Ego Good or Bad?
Have You Ever Struggled With Not Knowing When...
The Hill We Climb by Amanda Gorman
The Kind Of Santa Claus Story We Really...
Do you suffer from mental obesity? (4 signs...
Are you that unicorn?
Why you should embrace your inner self
Home Happiness Goodbye to household odors with Ambi Pur #SmellytoSmiley
Happiness 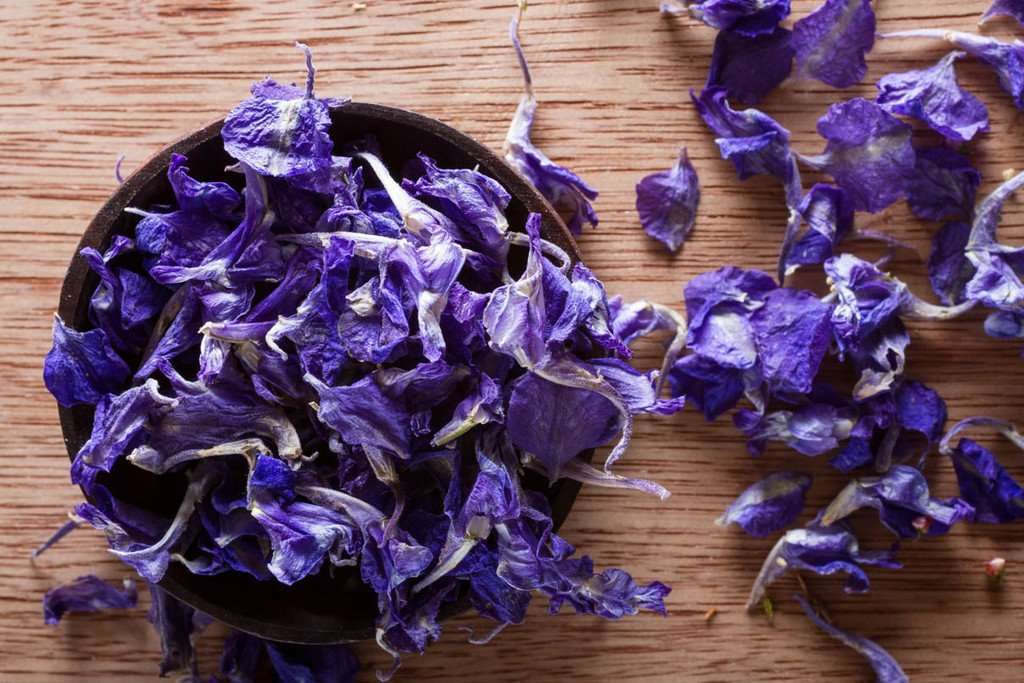 I am about to tell you how Ambi Pur turned my house from #SmellyToSmiley.

Whichever name I choose to call it, my rather prominent nose has a mind of its own. In order to be happy, I have to make sure my nose is happy. The most unexpected whiff can make its day go downhill. It is not about good smells and bad smells – my nose’s smell meter is very personal and uniquely calibrated. It is even worse than me freaking out over a slightly crooked picture on the wall.

I can remember a person by her/his smell and as I am blessed with a rather good visual memory, I tend to recall every little detail vividly even though my eyesight is far from 20/20.

So anyway, in spite of a happy-messy house with random dust-bunnies for my entertainment, one thing is certain – it always smells pleasant. Could be the mild incense I begin my day with, when I light the lamp first thing in the morning, could be the aroma of cooking…or baking…or if you wandered into the study, a vague hint of aftershave….and the bedroom? A bit of talc mixed with deo… the bathroom? Shampoo and soap.

My nose’s delicate balance has been upset.

For years the apartment next door was vacant. And now, a family has moved in. A nice enough family. But a family that loves its food and seems obsessed with cooking. Mostly garlic and oily stuff. Almost constantly. At all times of the day.

We open the front door, and are assailed with a blast of oily garlic tadka (Tadka is a Hindi word that means tempering mustard seeds. cumin seeds and other spices in hot oil).

We step into our verandah for some well-deserved Vit. D and what we get is another dose of strong food smells. Frying.

And because our flats share common walls, I image these smells filtering them and residing there permanently. Perhaps they do, because when I open the bathroom door in the morning I am hit by the smell of onions busy being fried with the ambiance of smoke for good measure, because the good lady (or man) cooking probably overestimated the time it would take to char.

Sometime later in the day, when I settle down for my cuppa, so do they, apparently, as I am now treated to the smell of burning milk. It is awful.

Most days we make light of this – thankfully we’re blessed with a huge sense of humor.

Oh, and in the evenings, they compensate by burning some kind of strong incense sticks. I am unable to decide which I hate more – the cooking smells or this so-called fragrance.

Be that as it may, after two weeks of this odor onslaught, I realized I must do something about it. I had many options – I mean, we do use room fresheners, mostly natural. Some of my favorites are:

This dilemma kept me awake at night. I imagined shampooing my hair and stepping out into my balcony and having it infused with frying food smells. I slept fitfully, dreading the garlicky smell first thing in the morning. I love garlic, but it isn’t my favorite aroma.

Bad enough it rains every day and we have to work hard at keeping those musty smells at bay – the last thing I wanted was oily food smells residing in my nose. Gosh – ever been hit by cooking smells when your tummy is full? Errgh! Worse, the thought of visitors’ noses twitching with the multiple mix of aromas spurred me into finding a solution.

Then I saw advertisements of Ambi Pur on YouTube – where Bollywood and theater actor Boman Irani claims that it doesn’t just cover smells, but completely removes them. Case in point – tadka – you know – seasoning in oil. The ad shows it in action.

I had to give it a go. I had nothing to lose, except the smells that drove me nuts.

I received a sample pack from BlogAdda – the all new Ambi Pur air effects – blossom and breeze fragrance. 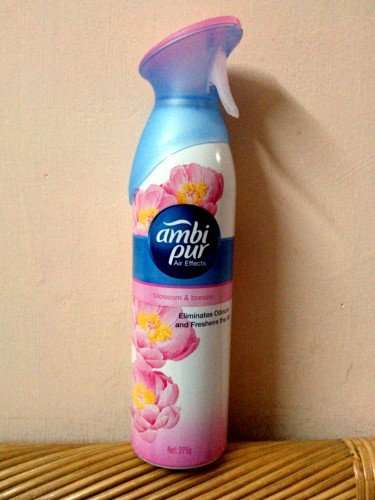 It said “Eliminates odors and freshens the air”

Would it hold its promise?

Only one way to find out.

I was all smiles.

My folks liked the gentle fragrance.

And that’s how Ambi Pur turned my house from #SmellyToSmiley. My nose is happy.

“I am blogging for #SmellyToSmiley at BlogAdda in association with Ambi Pur.”

My Experience With Nioxin System 2

Focusing On the Good Stuff #Gratitude 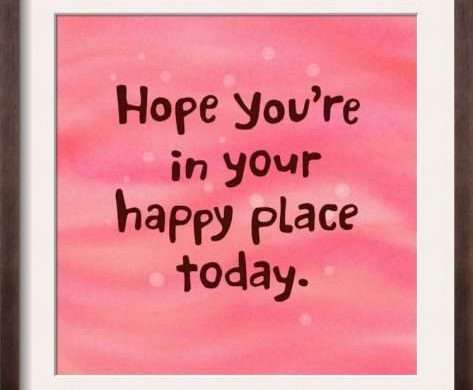 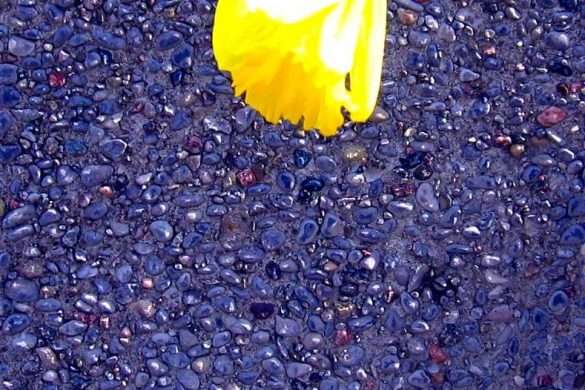 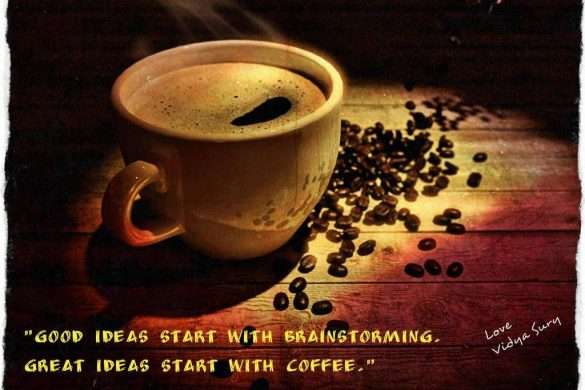 Coffee – The brew that sees me through #CBF16 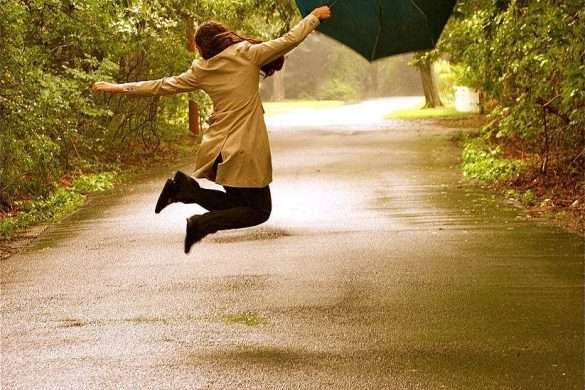 When It Rains Haiku 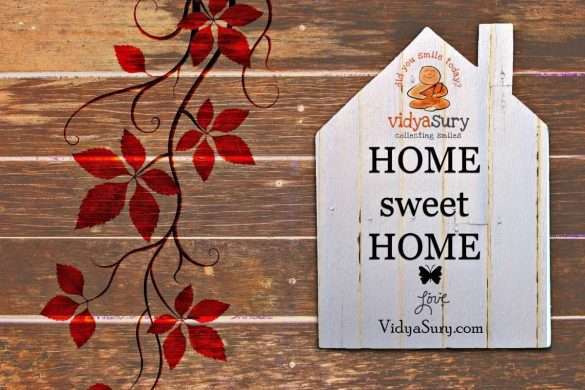 Are you living in your dream home? 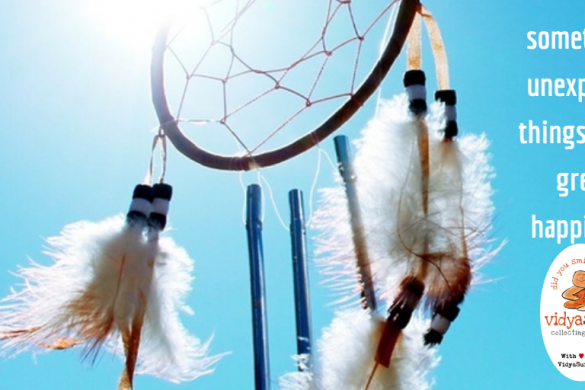 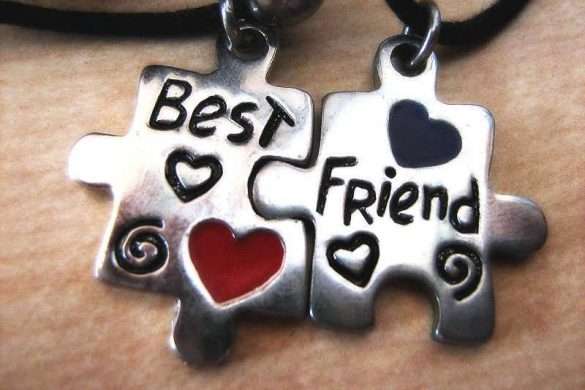 The Divine Rhythm Of Life With My Best Friend

I personally do not like the sponsored article. This article is the only exception because I think when she endorses something, it’s really personal. I can really feel it.