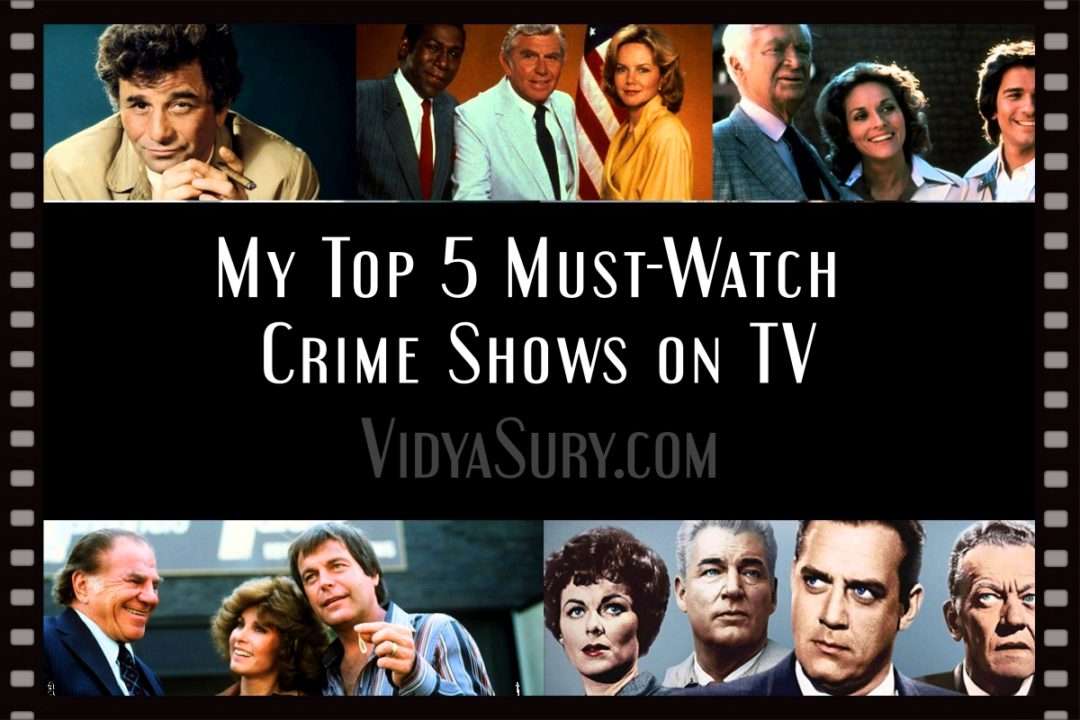 I am a huge fan of crime fiction and police procedurals and anything involving an FBI profiler, criminal lawyer and court scenes has me completely hooked! After all, I grew up in a family with a library where bookshelf upon bookshelf was devoted to crime fiction. Sunday afternoons would see half the family tucked away in favorite spots – windowsills, cozy chairs, or just sprawled on the floor, reading. There’s an edge-of-the-seat excitement with crime stories–be it book or movie or TV show.

I’ve been spending the last couple of weeks sitting and lying down a lot, thanks to the injuries and well, have been bingeing on crime fiction book series and my all time favorite-top 5 TV crime shows. I have the box sets of some of these and most of the others are on YouTube.

Here are my favorite five crime TV shows/courtroom dramas from the 50s to the 90s introduced to me by my husband, who also shares my love for this genre.

Of course, there are many spin-offs from these shows—and why not? Every episode in every season is a treat to watch, again and again. Each show is unique and distinctive with a typical format and is something to eagerly look forward to. Not all are whodunits; for example, in Columbo each episode starts with the crime and we already know the perpetrator before the investigation begins. Some of the lead stars are stylish, some just bumble around. All have won multiple awards and I am not going to focus on that – there’s Wikipedia with the full details.

So here are five of my most favorite crime shows from the 60s to the 80s. You can catch all these shows on YouTube. 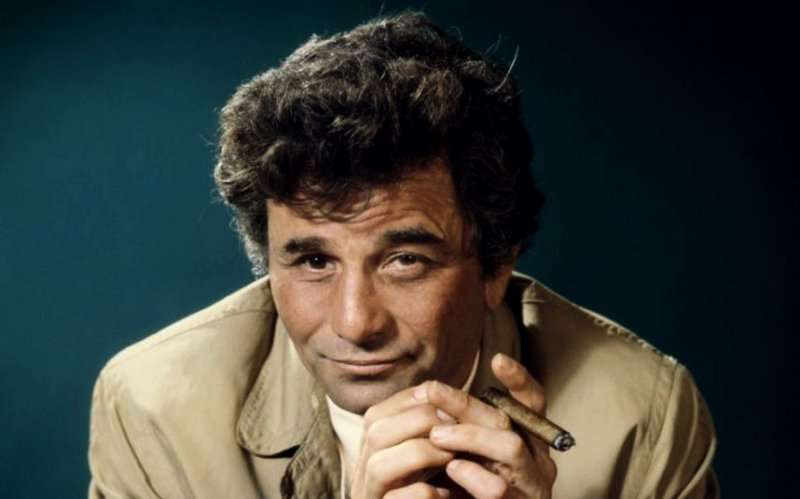 This show stars the legendary Peter Falk as Columbo, a maverick homicide detective with the LAPD who loves is work and is a source of inspiration with his gentlemanly demeanor, always polite yet persistent until he accomplishes his goal. As a start, it is amazing to see how seems to stagger around clumsily with no grace. However, he is a shrewd homicide detective with his trademark rumpled raincoat, his gentle manner, his kindness, and love for cigars. He has a rather huge dog that he hasn’t succeeded in training.

Each episode begins with the crime and the culprit and revolves around how he is caught by Columbo. The criminals are usually affluent members of society who cover their tracks and brush off Columbo’s intervention and never take him seriously. But as he continues to persist and discovers incriminating evidence, they falter. His never give up attitude finally leads them to often confess their crimes.

The specialty of Columbo is that the people who are involved in a case he is investigating never feel threatened and, usually, show contemptuous superiority and perhaps an amusing tolerance at his dawdling efforts. Most of the time, the guilty are off their guard as they feel that the police force must have let loose an inefficient person to investigate a case where there is hardly anything to investigate.

Columbo’s variously strange habits of wearing the same suit (if one could call it that), driving the same rundown car and always referring to his wife and myriad nephews (who are never seen) and saying that his first name is `Lieutenant’ add to the aura of dysfunction around Columbo.

Often, the suspect realizes that she is indeed suspected by Columbo and feels mildly threatened, and she uses her position of power and money to frame someone else. She feels that this will seal the case in her favour and, often, this is what seals her fate (as Columbo has anticipated it and is baiting (and waiting!) for it.

For instance, in one case where the chief of police is guilty and has tried to frame an innocent man who was a past convict. Columbo, while reporting to his superior, “happens” to show the convict’s address to him. Sure enough, the superior goes and plants an incriminating piece of evidence in that address. He is unmasked when Columbo reveals that the alleged address of the framed person is in reality Columbo’s residence! Columbo is ever-polite in speech even when the suspect gets exasperated by Columbo’s attention and threatens him off.

I think every episode—usually 70-98 minutes—in the series is a gem and I am completely in love with Columbo!

By the way, Peter Falk’s book titled “Just One More Thing” – his trademark phrase, is a fabulous read! 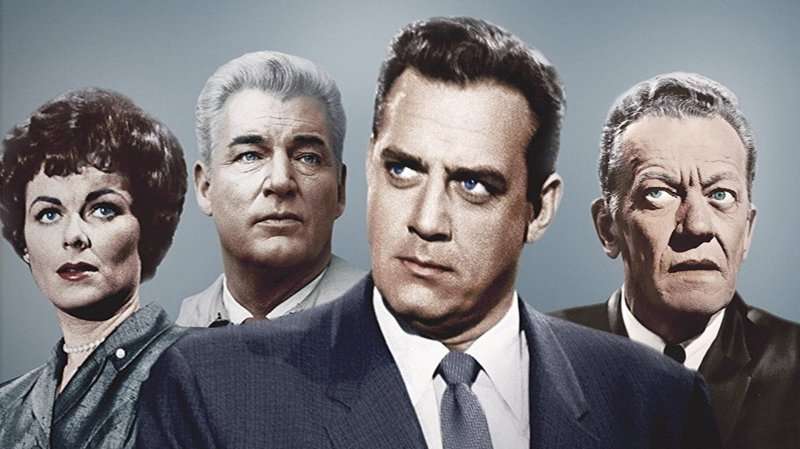 Perry Mason, based on the books by Erle Stanley Gardner is an American legal drama series. The charismatic Raymond Burr plays Perry Mason. The show is one of the longest running and most successful legal-themed TV series.

So, Perry Mason is an eminent criminal defense lawyer, much like prime lawyers. He is based out of LA and defends clients, usually charged with murder. Usually the first half of the hour-long episode introduces the murder victim and a string of suspects involved with the victim. Side by side, we also meet Mason’s client. After the crime is committed, Mason, along with Paul Drake, his private investigator and Della Street, his secretary get together to unravel the case. There are skirmishes with the homicide detective, Lt. Tragg and LA District Attorney Hamilton Burger. Mason’s client is usually charged with murder based on circumstantial evidence but during the second half of the show, which revolves around the court scene, Mason defends his client skilfully even though it looks like he might lose the case. But with the help of Paul Drake and Della Street, he gets further leads that gives him clues to crack and win the case. The courtroom drama is intriguing and often, the criminal ends up confessing. Finally the show ends with a dose of humor as Mason reveals the turning point that helped him win the case.

Fans of Erle Stanley Gardner’s Perry Mason series of books may find the TV show a bit different but nevertheless, will be thoroughly entertained. In the books, Mason comes out as someone who personally goes and investigates doing a lot of leg work. In the TV show, Raymond Burr’s presence is magnetic and dialog delivery, outstanding. His eyes literally bore into the criminal. He gets the right tone each time. His court scenes appear even better than in the books. Della Street is much more like a confidante than a secretary and Paul Drake is a close friend. The storylines are not complicated but the courtroom scene is the strong point of the show. 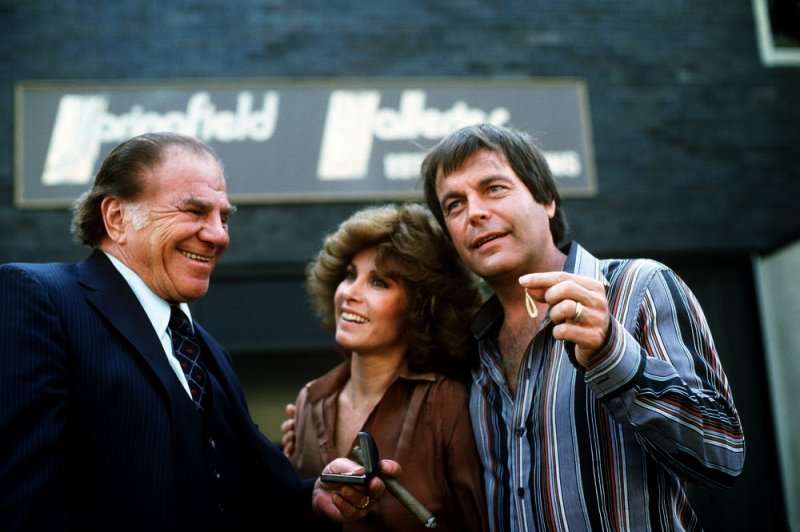 The show created by Sidney Sheldon, features the debonair Robert Wagner and Stefanie Powers who play Jonathan and Jennifer Hart. They are rich and lead a glamorous life, often working as amateur detectives, solving crimes in which they somehow get involved. Jonathan Hart heads Hart Industries in LA and his wife Jennifer is a freelance journalist. The cases they crack revolve around smuggling, theft, corporate and international espionage and murder. They live in Bel Air with their butler, Max who also their cook and chauffeur, and their dog.

The husband-wife team is a charming ingredient in the hour-long show. They have a deep understanding and trust in each other implicitly. For instance, whenever an adversary misleads one of them with fake information regarding the other, both of them know exactly what is happening. Moreover, they also work together as a team. There is one episode which pools together Mrs. Hart’s expertise in chemistry with Mr. Hart’s business acumen to solve the case. They form a complete team and are always in love with each other. There’s no negativity in their relationship. 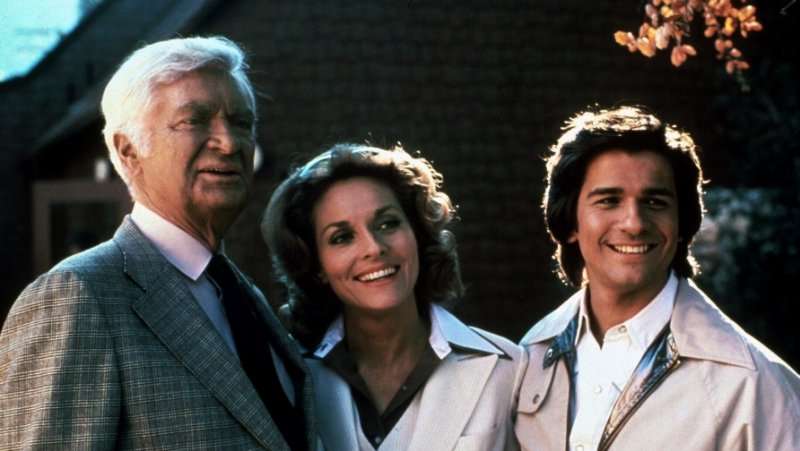 Barnaby Jones is a retired detective. When his son Hal gets killed while managing the business, Barnaby comes back to investigate.

Barnaby has a keen sense of observation and notices things that usually help solve the case. Unlike the stereotype tough detective, when he goes to a bar, he drinks milk and rarely gets into physical fights. Instead he uses intelligent tactics like shutting the car door on a gun-toting villain’s hand or uses judo to trap a villain. In one particular episode he’s temporarily blinded in the midst of a forest and must find his way back. He relies on his wits to get out of the line of fire and capture a syndicate of three criminals.

In the later years, the roles of Betty Jones and JR are more prominent as Ebsen wanted to slow down. In fact, in the last two seasons, many of the episodes are focused around one of them.

Each episode is about an hour long.

A very pleasant watch and Betty Jones and JR are particularly charming! 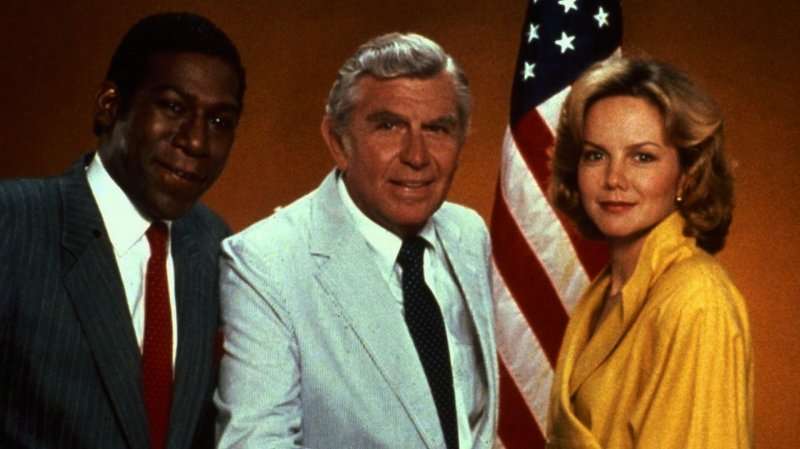 Ben Matlock is a dynamic and respected but short-tempered attorney whose smile literally lights up the screen. By the end of each episode or case, the suspect being cross examined by him turns out to be the criminal and Matlock exposes him cleverly, even though he makes it clear that his aim is to prove reasonable doubt in the case of his client’s guilt or prove the client’s innocence.

Ben Matlock loves hot dogs, and charges $100,000—paid upfront—to take a case. He visits crime scenes and notices clues missed by others. He often comes up with accurate theories for the case he’s investigating, usually murder, as he polishes his shoes or plays the banjo. He has a fastidious fashion sense and usually wears light grey suits. He is thrifty—but if he or his staff are convinced that a client is innocent or can’t afford to pay the fee, he is kind and lets them take their time, or waives it off. He also occasionally takes a pro bono case.

The storylines are simple and there’s plenty of comic relief in each episode, usually 60 minutes. I love the relationship between Matlock and his daughter. Each episode starts with a few scenes to intrigue the viewer followed by the titles and then, the case. Matlock has an amicable relationship with the police department. More often than not, the police chief teases him about the cases he takes up—some of which appear to be open and shut. In many episodes either he or his daughter or his private investigator Tyler get into dangerous situations and go undercover, but never get into a physical fight. The case is usually solved by a simple but clever observation by Matlock. In the courtroom he shows his cross-examination skills to bring out the truth from the reluctant witness. 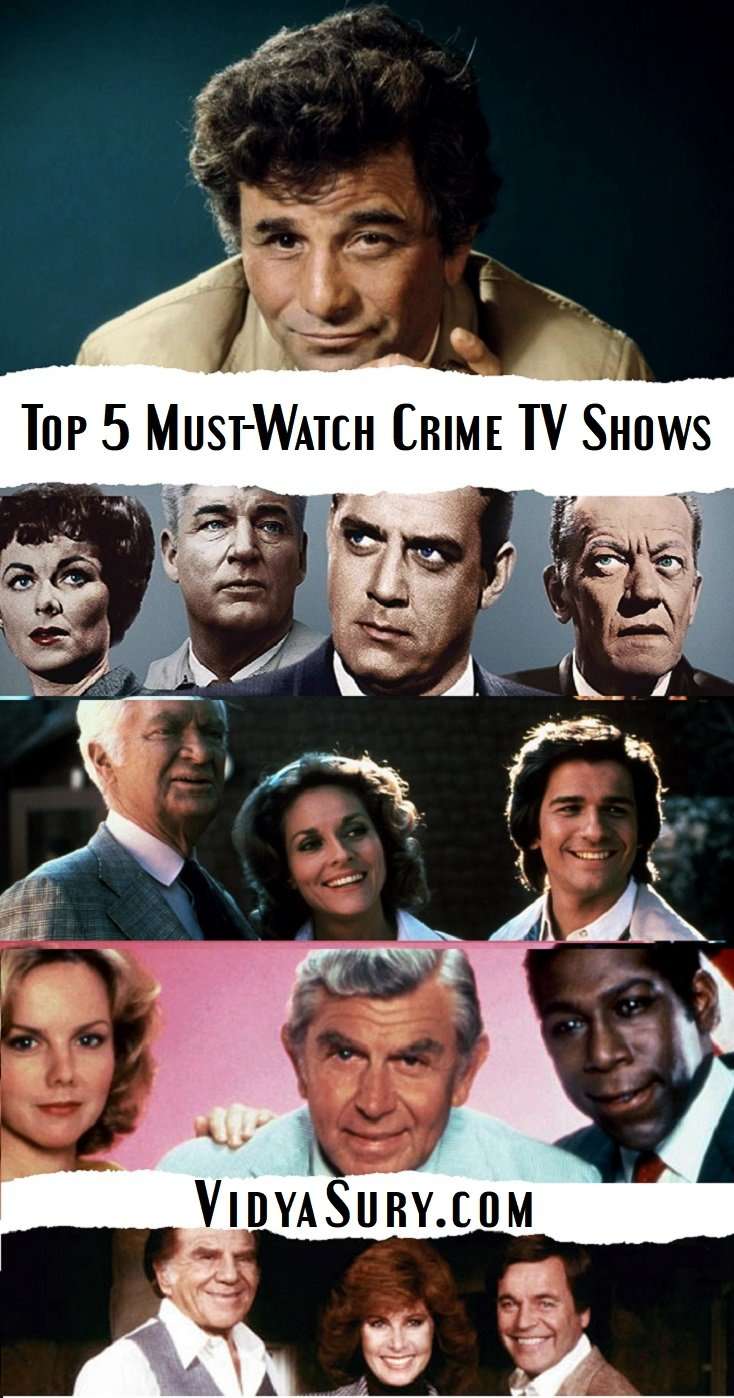 Do you enjoy crime fiction? Which show is your favorite? 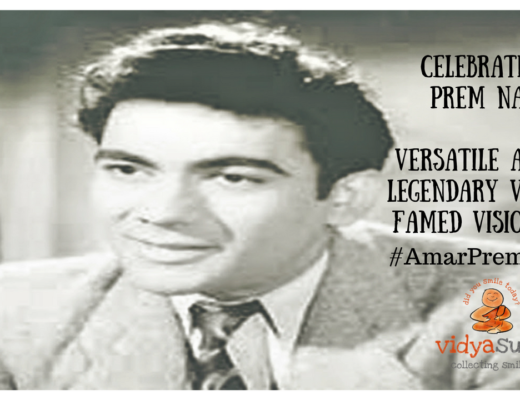 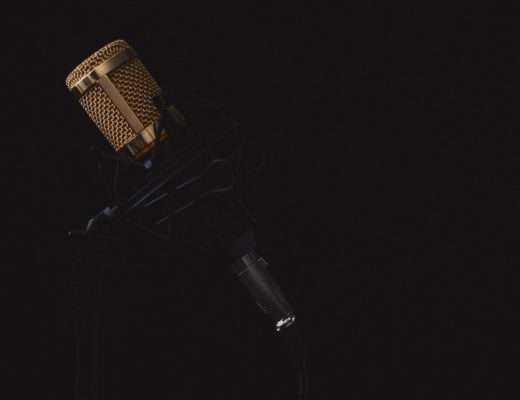 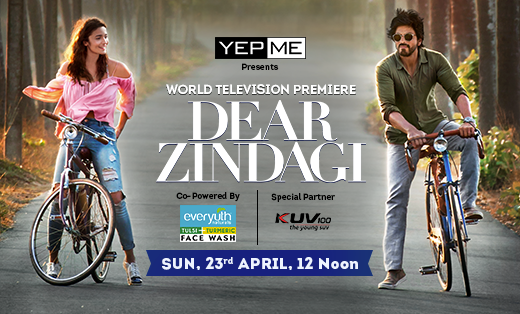