Top Posts
The more thankful I am, the more abundance...
Are You Always Worrying About What Others Think?...
Anyone can be the light, at any moment...
Is Having a Big Ego Good or Bad?
Have You Ever Struggled With Not Knowing When...
The Hill We Climb by Amanda Gorman
The Kind Of Santa Claus Story We Really...
Do you suffer from mental obesity? (4 signs...
Are you that unicorn?
Why you should embrace your inner self
Home Uncategorized Sunday in my city – the week that was
Uncategorized

Sunday in my city – the week that was

During the past week, we were pretty busy with a school Science project since Vidur’s school is hosting the Science and Math exhibition this year. 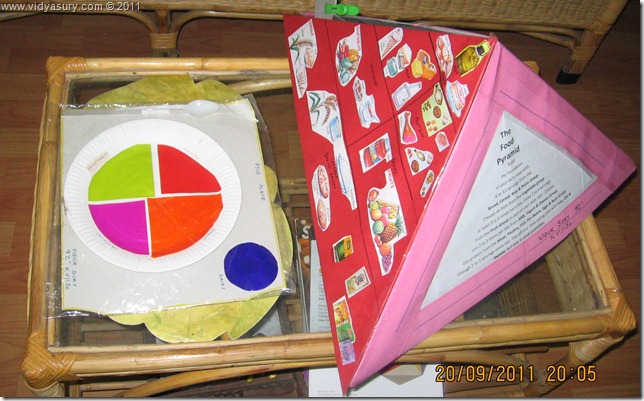 So he was a bit sad his project was not chosen for the final event..but he’s over it now. Sury was one of the judges for the Math exhibition and seemed to have had a nice time. I got some lovely flowers. I fell sick for two-three days when I enjoyed watching this lovely plant sprout its third leaf. So thrilling! 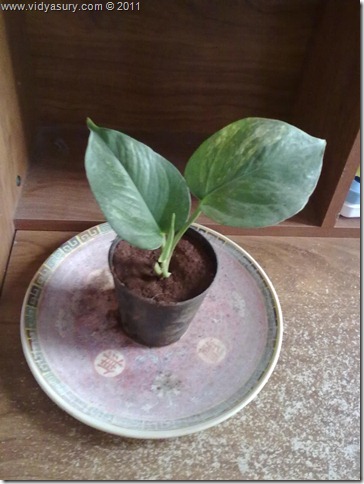 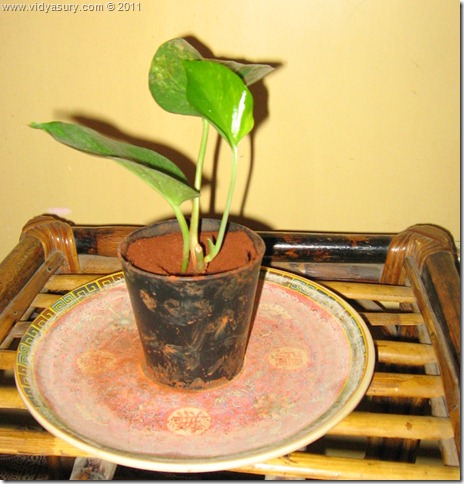 And received this by snail-mail from Sheila of Zen-Sational Living. Isn’t it gorgeous? I love bumper stickers. 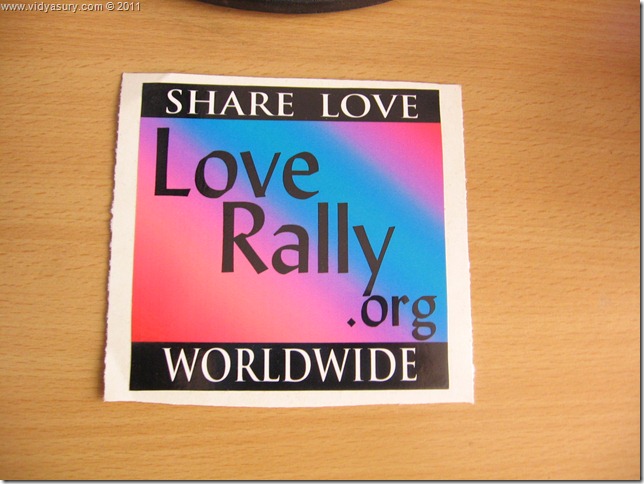 Vidur had exams last week and while dropping him off at school, which is near a temple, I was amused to see children praying fervently. Yes, God can make everything better. Even help get better grades in exams. 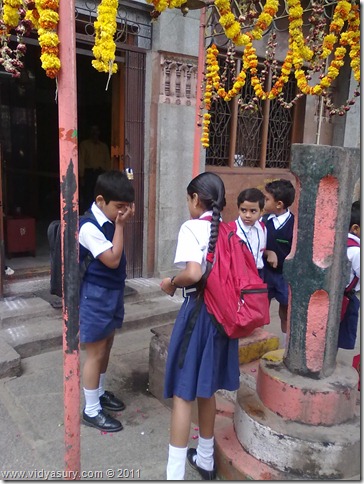 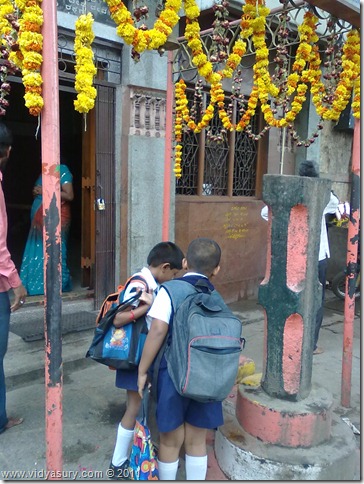 Then we went shopping yesterday and I met Jeggings for the first time. Obviously I am thrilled because this is a concept I’ve been fantasizing about. Apparently jeggings have been around for a bit now, but since I didn’t actually go shopping to the usual places, I remained unaware. Jeggings look great, feel great and are a lot easier to put on than jeans. 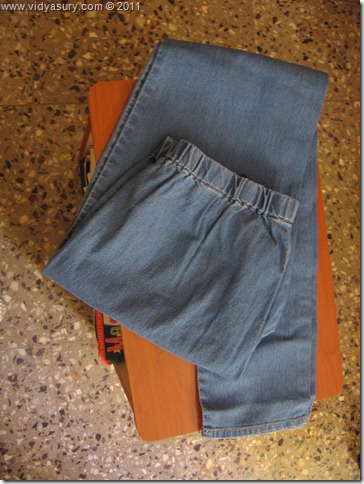 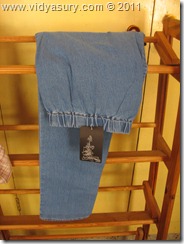 They are very comfortable too.The funny thing is, each time I buy a pair of jeans, I usually narrow them down because I like them that way. And now, hmm. readymade for me. When I tried on my first pair yesterday, I just fell in love. But mind you, I am not a fan of leggings. When the store lady, my friend for ten years now (since we used to shop for Vidur there) asked me if I would like jeggings instead of jeans, I seriously thought she was trying to joke with me. So I nudged her and laughed. Then I realized she actually meant jeggings for jeans-leggings. Now my folks want to know why they are not called “leans” for leggings plus jeans. Soon, guys, soon. Never rule out anything in life.

I bought a bag while waiting for the store-owner of the shop where I had given some of Vidur’s school bags to mend. The rate at which those zippers and handles give out is amazing. Well I already had a clutch purse to match the bag – see? 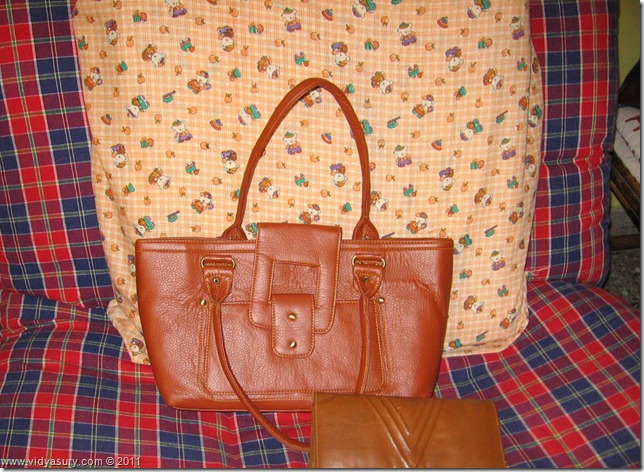 And on the way home, I simply had to get these too. 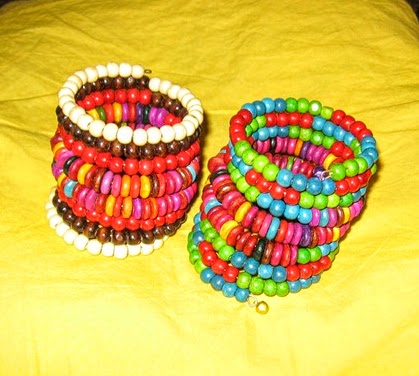 They’re worn on the wrist and made of wooden beads. Got to be careful when picking them because you’ll sometimes find they’ve inserted tamarind seeds in between, which can look quite smooth and shiny. And. Give. You. A. Rash.

All in all, an eventful week! Looking forward to the next one now!

And now, am off to “visit” other cities

Sunday in my city – the week that was was last modified: December 17th, 2016 by Vidya Sury
Share this post ❤
Sundays in my city
17 comments

How do you feel today?

The Road Not Taken

Pulling up my socks

Friends will be Friends – Right till the end.

About the PInk Skirt that traveled

Dark circles under eyes? Not from fatigue

A question for you!

Yes, jeggings rock! 🙂
And thank you so much for the LoveRally mention!

Thank you, Leovi – your photography is mesmerizing!

I have to say I am not a fan of Jeggings but then again, I am new to the world of jeans and only wear leggings when I run! On the other hand, the beads you found are beautiful. I hope there is no more illness in your house and that the exam results are great.

Thank you for the lovely wishes, Del. Those jeggings sure feel great. I probably like them because they’re still denim 🙂

I think children world wide say a few prayers during testing time. Those photos were wonderful.

Thank you, Tara. I really enjoy reading your posts.

@Sheila! So good of you to come by 🙂 I am loving the LoveRally sticker.

I too find new growth on plants fascinating 🙂

I like the idea of jeggings but I think I’d miss having pockets if I switched to them instead of jeans!

@sheila I just added a reply button…and I am testing it. 🙂

I didn’t know that about tamarind seeds. I love tamarind and eat it whenever I get a chance, but I had no idea the seeds could give you a rash.

You better stock up on those jeggings.

UM, I love tamarind too – ripe and raw. We use it a lot in cooking. In fact, as kids, we’d put tamarind seeds on the bonnet of the car during those hot summers, toast them and eat them 🙂 Don’t ask how!. I grew up in Mumbai and we called them Chinchuka. Don’t know why, again :-).. While out shopping with a friend, she was the one who noticed the kinda damaged tamarind seed in the bracelet. 🙂 Thanks for stopping by!

@Mimbles, you’re absolutely right about the pocketlessness of the jeggings. But the good news is, they’re available with pockets 🙂 Am waiting for my store to receive them because they said they’ve ordered them 🙂

I watch my lonely plant quite keenly, and love to see it grow.

That’s so funny about the leans. It made me lol. I’m a big fan of clutches and I love that clutch. The color and the design is awesome. I love the pics you took of the kids in front of the school. Very nice. The flowers are beautiful to see.

🙂 Traci, thanks for the lovely comments. That clutch belonged my Mom and I treasure it.