To Forgive Is Divine

You know the saying that goes “To err is human, to forgive, divine”

Of late, I’ve been reading quite a lot about forgiveness and I must admit, I’ve learned a few things – nay – concepts. It is all about perception, you know.

And before you wonder, let me tell you – I’ve sent my halo to my celestial mechanic – so I am not going to offer any tips here. Instead, I want to share some inspiring quotes about forgiveness. You know why? Because no matter how much we read about forgiveness, it is going to be someone’s perspective based on what they’ve learned through their experiences.

While it is usually great to learn from someone’s experiences, I’ve found that it may nor may not always apply to certain things – and forgiveness is one of them. For instance, I have my own views.  And I was curious to know what some of the people I know thought.

“Compassion and forgiveness are signs of strength”
(Tweet this)

To find out, I sent an email out to some of my friends asking them to email me back to tell me what their view/opinion about forgiveness was. And sure enough, I got a few replies that I’ve got permission to share here. Without the names of course. Privacy and all that you know. Here are three of the responses – I didn’t bother to edit because they are my closest pals and I love their unique written voice.

“Every time I forgive myself or the others for a wrongdoing, I find myself relieved of the baggage of angst.  I also become more accepting of the human in all us.  I have learnt that when people hurt us the act tells us more about them – their attitude, their values, their karma than about ours. Thats what makes the forgiveness easy.


I had a situation with a close friend 8 yrs ago when he acted, in a joint busiess we ran, that can best be described as doublecrossing my.interest. We fought and just kept it short of legal action. Over the 6 odd years since we did not speak with each others. I held deep anger against his conduct. But one day I found the anger dissolved against him , I found that I understood how he may have felt for him to have taken the action that he did. I.found myself softening up and more appreciative.


We both have come back as friends again deeply forgiving each other. What stumped us most when we were talking about those times was that neither of us could not relate to ourselves of that time 8 yrs ago. we realized that he and I were different persons than who we are today, certainly more mature today.”


“a mistake is a mistake and to make mistakes is only human.. to be able to forgive is the biggest mark of a person’s character. I always believe that everyone makes mistakes and if the person who does make that mistake realizes it and makes a genuine attempt to rectify it, he /she does deserve a second chance.


if you cannot forgive and move on, you will carry that burden all through your life and in the bargain, probably lose a few good friends.”

The weak can never forgive.
Forgiveness is the attribute of the strong
– Mahatma Gandhi
(Tweet this)


My ideas on forgiveness are far from benign, simply coz i don’t really believe in it. I feel that it is age that brings on the act of quoting worn, pithy phrases at every turn possible.Clinging like a troubled limpet to best-forgotten-&-decimated incidents takes the hot, surging anger of youth. And you’ll find that it’s generally “mature, wise” people who forgive and forget- especially coz they forget due to memory lapses.


One forgives only people one loves, the ones she can’t let go of. And that act is also of forgiveness. One can never forget. Issues keep festering, eating away at one’s soul.  Most people i’ve met are not the forgiving types.

And now, some wonderful quotes on forgiveness, that make it easier to consider practicing it. These are my personal favorites:

“Forgiveness is not something we do for other people; we do it for ourselves – to get well and move on.” (Tweet this)

“Anger makes you smaller; while forgiveness forces you to grow beyond what you were”

Forgiveness brings freedom
freedom from being controlled by the past, from the emotional ties to the offender
freedom from the continual inner conflicts of bitterness and hate
freedom to become whole and enjoy the fullness of life
– Jeanette Vought


What are your views on forgiveness? Do you think it is easy? Tough? Worth it?


Thank you for subscribing to my blog! Do consider leaving a comment – or just reply to this email! I’d love to know what you think. 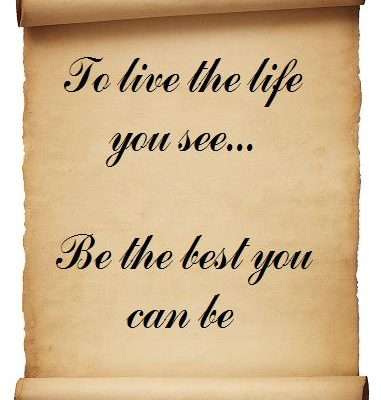 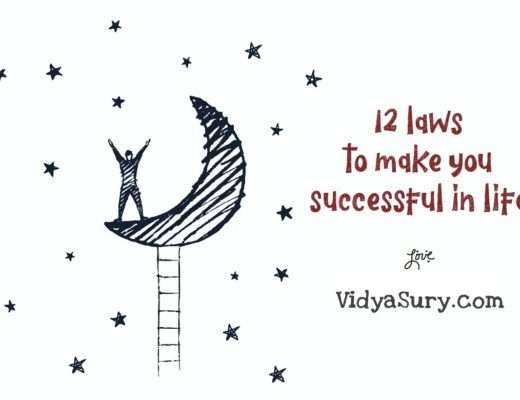 12 laws to make you successful in life #SelfHelp 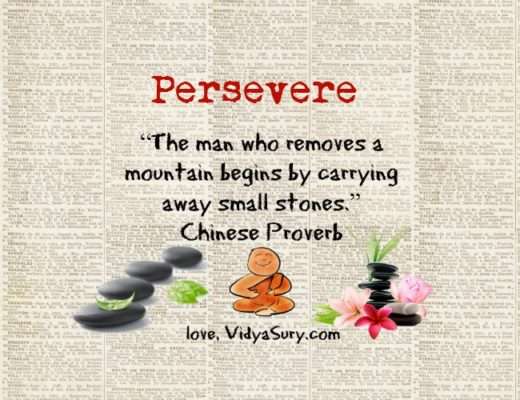