Top Posts
Are You Always Worrying About What Others Think?...
Anyone can be the light, at any moment...
Is Having a Big Ego Good or Bad?
Have You Ever Struggled With Not Knowing When...
The Hill We Climb by Amanda Gorman
The Kind Of Santa Claus Story We Really...
Do you suffer from mental obesity? (4 signs...
Are you that unicorn?
Why you should embrace your inner self
The little girl and her grandma
Home Uncategorized Sundays In My City – Fancy That!
Uncategorized

Sundays In My City – Fancy That!

This Sunday, I feel a little dull because I woke up with a headache, just like every day last week. Also, this last week has been comme ci, comme ca, somewhat so-so. Besides recovering from a cold, cough and fever in turns at home, we also had a death in the family that was devastating. It is very hard to think that someone who was alive and well is suddenly, no more.

That made me take stock of life in general, and of course, I ended up looking at old photo albums. Hundreds of physical albums with photos clicked with the traditional camera, which I am planning to digitize. Soon. I got my digital camera in 2005 for my birthday after saving rather desperately for it, convincing myself that it would be a lifetime of saving on buying/developing/printing those film rolls. Oh yes.

And then, I became a bigger shutterbug. So – back to reminiscing – and looking at photos. I became lost in Vidur’s old school photos. What wonderful memories! It is sometimes hard to think he’ll be fourteen this November – and I drowned in a wave of nostalgia (and tears) recalling those days. Why tears? Because my Mom was alive then.

Here are some memories from the years gone by. 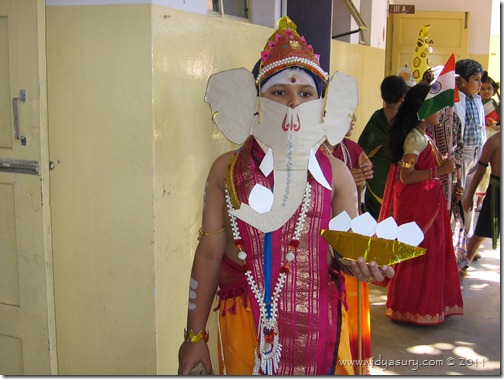 Last minute idea. He wanted to be a blue flower in 2006. Peer pressure. 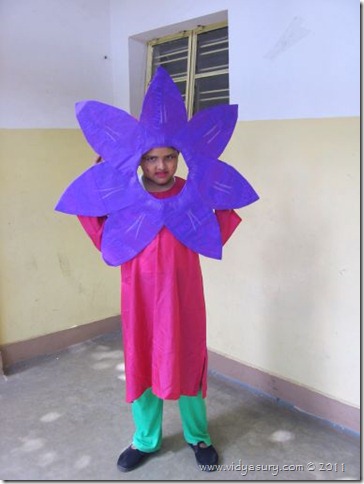 School Annual Day 2005. “Dashavatar” The ten avatars of Vishnu.  Vidur is at the back with his eyes kind of closed– the teacher is turning towards him. He was Vishnu. They started getting dressed from 2.30 pm in the afternoon –  got ready by 5.30 pm and finally got on stage at 7 pm. Who says kids are not patient? 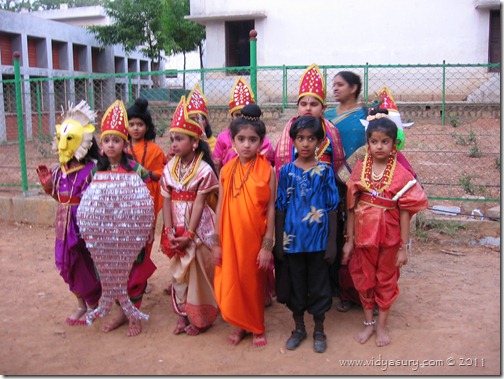 School program in 2006. Group of singing kids. Vidur is second from the left. The front row girls are his classmates. They are all pretty young ladies now. 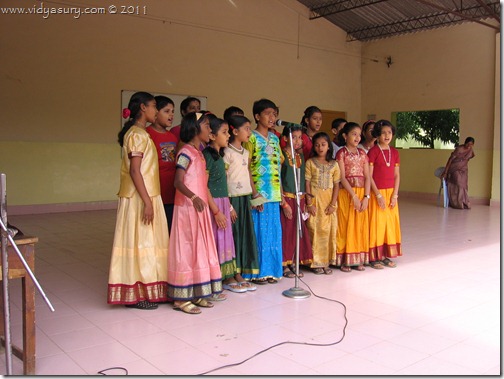 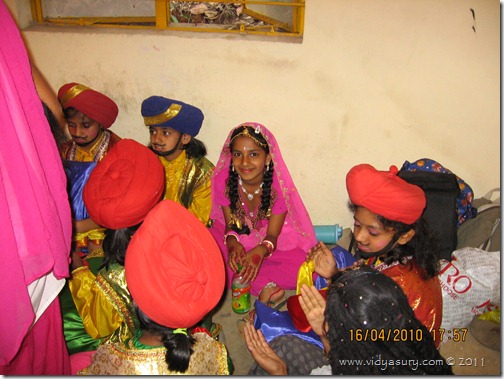 Vidur and his group. (He’s the one in the beard) Many of these kids are in the 2006 photo. 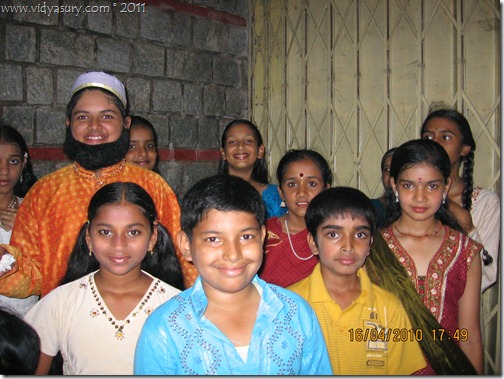 On stage – with the drama. I was too far up in the audience to get a better pic. 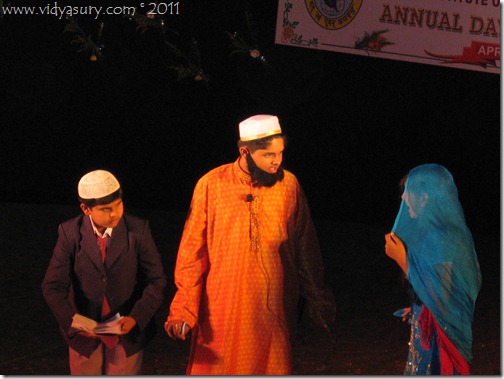 We bought this ring especially for the show: 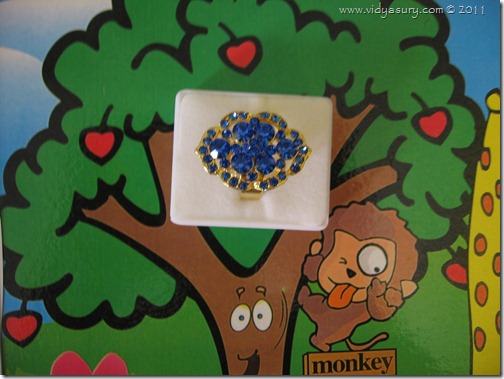 I could go on and on. Sigh.

By the way, don’t miss Unknown Mami’s Sunday In My City post of last week. That’s a photo I’ll remember all my life. Thank you, Unknown Mami. Your pictures always take my breath away. Before I even wrote this post, I had the pleasure of visiting Tara’s blog – must-see!

Now, let’s go visit some other cities, my friends. Just click the pic below, and we’re all good to go!

Have a wonderful Sunday, followed by a fabulous week!

Sundays In My City – Fancy That! was last modified: September 23rd, 2016 by Vidya Sury
Share this post ❤
Sundays in my city
10 comments

I’ve signed up for NaNoWriMo

And the award for creativity goes to…

Took My Breath Away

Get More Done In Less Time

What beauty means to me

Terrific blog i came across today

Take Time To Smell The Flowers – Part I

These are a wonderful collection of memories. Thank you for your kind compliment too.

Thank you, Tara. Your blog’s a delight, always.

—someone who was alive and well is suddenly, no more. :::SIGH:::

Love your photos! Those children are lovely…and your son is so adorable!

PS. how do you get you name on your photos. Could you teach a class about all this stuff? HA HA

So sorry to hear of the death in your family! I do however love the photos of the school events, it’s fun to see this through the years, and I love the color and costumes. Beautiful!!!!

Hi there. I had to come see your lovely blog after you so graciously popped over to see me. What beautiful children! And I LOVE the costumes and colors! A feast for the eyes. I foresee this as being a new blog favorite! So nice to (virtually) meet you!

Kim, for you, I’ll do anything ;-). Easy to do the photo stuff – I recently realized I had “Windows Live Writer” in my computer and explored it – it lets you do lots of things – of which “watermarking” photos is one. 🙂 You can download Windows Live Writer off the net (free).

Sheila, thanks. It was quite shocking.

I was thinking of you a couple of days ago, because I’ve got “Sheila, Booyah” written in my to-do list 😀

Love at first sight on your blog, for me, T. I am so happy to connect, too! So glad you came by.

I’m so sorry you have been going through tough times. Nostalgia grips me all the time. I loved seeing these photos of your wonderful son.

Thanks, Unknown Mami. C’est la vie, I guess. This too shall pass. Just trying to be sane.