When I met The Dalai Lama 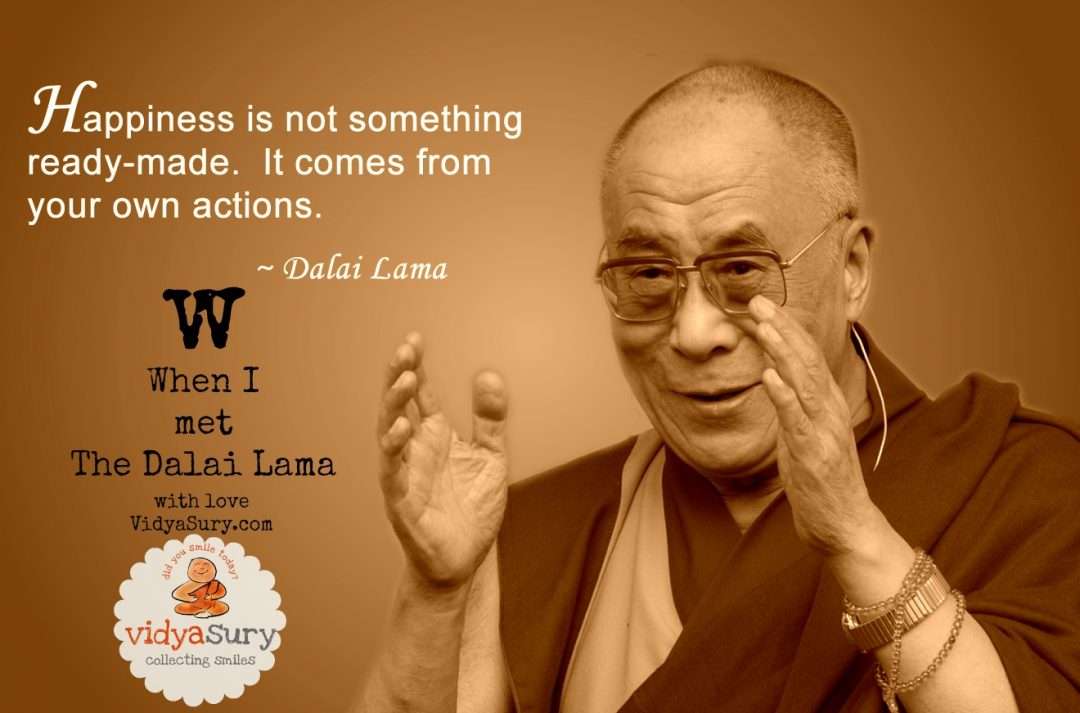 That I am a huge fan of The Dalai Lama shouldn’t be a surprise. I have all his books, I love to watch his videos and most of all, I adore his message to the world.

Of course we all yearn to see in person the people we love. I have a long wishlist of people I can’t wait to meet! Then how did the meeting with the Dalai Lama come about?

During last year’s A to Z Challenge, I took the revolutionary decision to actually go with a theme.  My obvious choice was “Letters to my Son” what with him just finishing his 12th Grade and being on the threshold of an undergrad program. He was about to begin a new phase in his life and I thought it would be fun to write him letters.

As we walked on our terrace together, I would discuss the next day’s topic – and it just added to the happiness.  If you are wondering why I discussed the topics with him – well – he just wanted to be sure I didn’t share anything that he didn’t want me to share.  Teenagers are cautious like that – and I thought that was fair enough. I reassured him I was going to do nothing of the sort and explained the format I planned to use.

So, when it came to the letter D, I told him I chose “Dream“. As we walked and chatted, he asked me what was the one thing I dreamed of. “Meet the Dalai Lama” I answered. Then we laughed our heads off and carried on.

Who knew that the Universe was busy taking notes? That was April 4, 2015.

The following week, my husband Sury got an email inviting him to conduct the “viva” for a research student in Chandigarh. Since this was probably the only time my son would actually have a few days off before he got busy with the next academic year, we decided to make it a family trip. Sury would have probably made it a one-day trip, but once we all decided to go, it had to be at least 5 days. We planned to arrive at the institute, wait for Sury to finish his work, have lunch and hire a cab to go on our trip.

Decision made, we did the homework to make an itinerary.

We had many options – and I chose Dharamsala.

Can you see me grinning? No? Please imagine it, then!

Yes, Dharamsala. Very close to Macleodganj, where His Holiness The Dalai Lama lives.

Oh, I was only helping the Universe along.

I was excited. So I knew the Dalai Lama lived in McLeodganj, which is 10 kilometers from Dharamsala, up the hill.

Did I have even a remote chance of meeting him?

Going by the reactions I got from all the people I thought could help me, it was a big No. They discouraged me, saying he travels a lot and one has to make an appointment several months ahead.

I checked out his oficial website and it turned out that he was going to be in town the week we planned to visit. I had absolutely nothing to lose by emailing them, right?.

Prepared for anything, I sent that email.

Imagine my delight when, two days later, I received a reply from his secretary! He regretted that they would not be able to grant me an exclusive interview – but if I wished I could meet him for 5 minutes and have a photograph with him!

After whooping with joy and barely able to feel my fingers from excitement, I instantly wrote back saying yes, yes, yes!

What is funny is, we booked our tickets for the trip just a week before and left on April 26. We spent 28, 29, 30 in Dharamsala. Our appointment with the Dalai Lama was on April 29 at 8 am.

I had to reconfirm the day before, as advised.  And yes, we were expected! We were there well in time at the office to fill out a form. A small group was waiting with us.

Then it was our turn to go through the security check. We were not allowed to carry anything inside. We left our phones, bags and cameras with one of the staff. A couple of guards ushered us through the gate, from where we trekked half way up the hill to his lovely bungalow. There was a beautiful waiting room, tastefully decorated and we had a wonderful time looking around it.  With us were two groups – one from Malaysia and one from Bhutan. Then two more people arrived.

I can still visualize the fresh early morning sun, the sounds of babies in the air, while the adults whispered to each other.

We saw some people carrying yellow scarves and asked the security guard what that was. In about five minutes,  after talking on his walkie talkie, he produced three white silk scarves and gave us one each. So we didn’t know what to do with them, but decided to wait and see what the others did.

A few minutes short of 9 am, we approached the Dalai Lama’s house and stood there, in groups, admiring the simple bungalow surrounded by rows upon rows of potted flowering plants. Very pretty sight. The security guards waited patiently on the fringe, while the Dalai Lama’s secretary met each one of us. He shook hands with us, and addressed me by name. I felt like a celebrity!

I shyly told him we’d like a photo with the Dalai Lama – and he assured us there was a photographer waiting to do just that.

At exactly 9 am, The Dalai Lama strode out of his house, smiling, eyes twinkling mischievously yet exuding kindness. What a presence!

I felt all choked as I watched him mingle with the first group from Bhutan, kissing the babies and the very elderly. After a couple of minutes, the group arranged itself around him and got their photograph taken.

I don’t mind confessing my heart was thudding in excitement!

Next, was the group from Malaysia.

Then, it was our turn.

We approached him, the white silk scarf around our neck. He patted my cheek and said “You came from Bangalore to meet me?” in his rather cute accent. I answered that I loved his message to the world. He then cuddled Vidur – it was a funny sight, as Vidur is kind of tall. He tickled his beard, patted his cheek. Then he turned to Sury to say something.

By this time the photographer got ready and as we faced the camera, The Dalai Lama said “Give me your hand – I want to hold your hand” Wow! What a firm yet gentle grip he has – it was so comforting and peaceful to stand there in that moment. A moment I will cherish all my life! Well, I also got a hug.. I loved it because he just extended his arm and pulled me close…and saying “come again”,  he bid us “bye bye” and it was time for us to move on. We got three photos – in fact, as promised, the people at the photo office in the complex emailed me the photos later that evening.

As we walked away, we were stopped by one of his staff members, who gave us a couple of sachets… and we walked down the hill in a daze.

We returned to reality and went to collect our stuff.

What can I say? I felt blessed and happy!

Almost exactly one year after meeting the Dalai Lama – it still feels like yesterday. All I have to do is close my eyes to hear his gentle laughter and the pressure of his hand holding mine. The hug was divine too!

We kept marveling over our experience as we visited various places around Macleodganj. I had my fill of Buddha temples and monasteries.  Loved this huge prayer wheel in one of them! By the way, the offering at the temples in The Dalai Lama temple complex consisted of chocolates, juices, biscuits, cookies, chips packets and all sorts of yummy eats. I loved that!

If you are wondering what this experience has to do with my mindful living series, here’s what I have to say:

Mindfulness is being aware of the present moment, right?  Well, I thought of a moment that would be a wonderful present.  (yes, absolutely okay to tweak that definition!) Here’s what I did:

So, quiet your mind. Expect good things. Go ahead and dream. And don’t be very surprised if it comes true.

(I know I jumped to W in the A to Z Challenge with this post – please bear with me. I am lagging behind a little thanks to travel and other interruptions – but I know I’ll catch up. Sometimes it is fun not to go in the right order!) 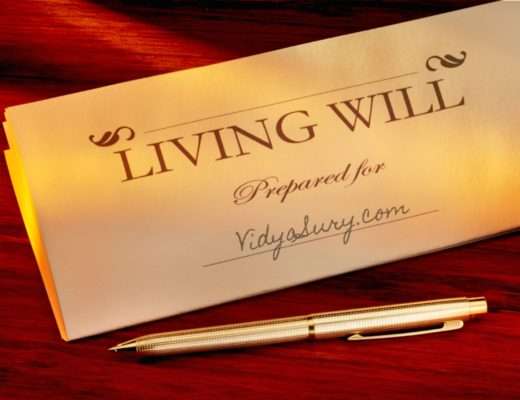 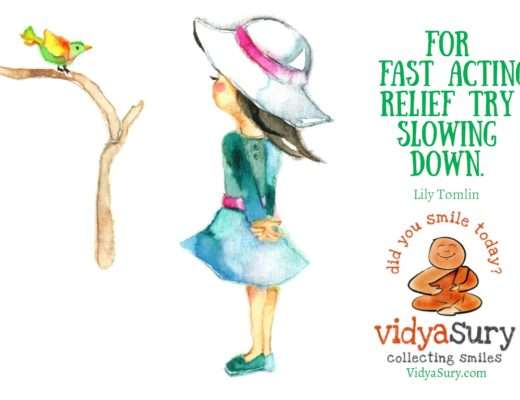 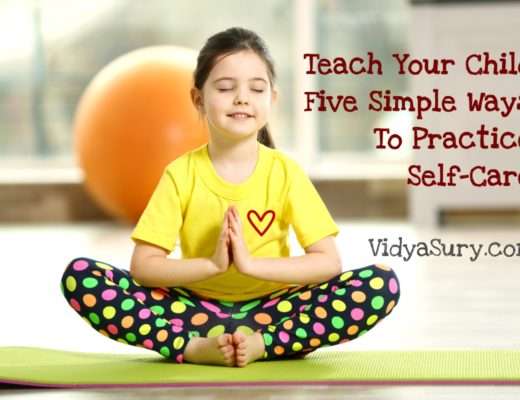