Top Posts
Are You Always Worrying About What Others Think?...
Anyone can be the light, at any moment...
Is Having a Big Ego Good or Bad?
Have You Ever Struggled With Not Knowing When...
The Hill We Climb by Amanda Gorman
The Kind Of Santa Claus Story We Really...
Do you suffer from mental obesity? (4 signs...
Are you that unicorn?
Why you should embrace your inner self
The little girl and her grandma
Home health and wellness tips Why AYUSH Could Be a Better Treatment Option
health and wellness tips

Why AYUSH Could Be a Better Treatment Option 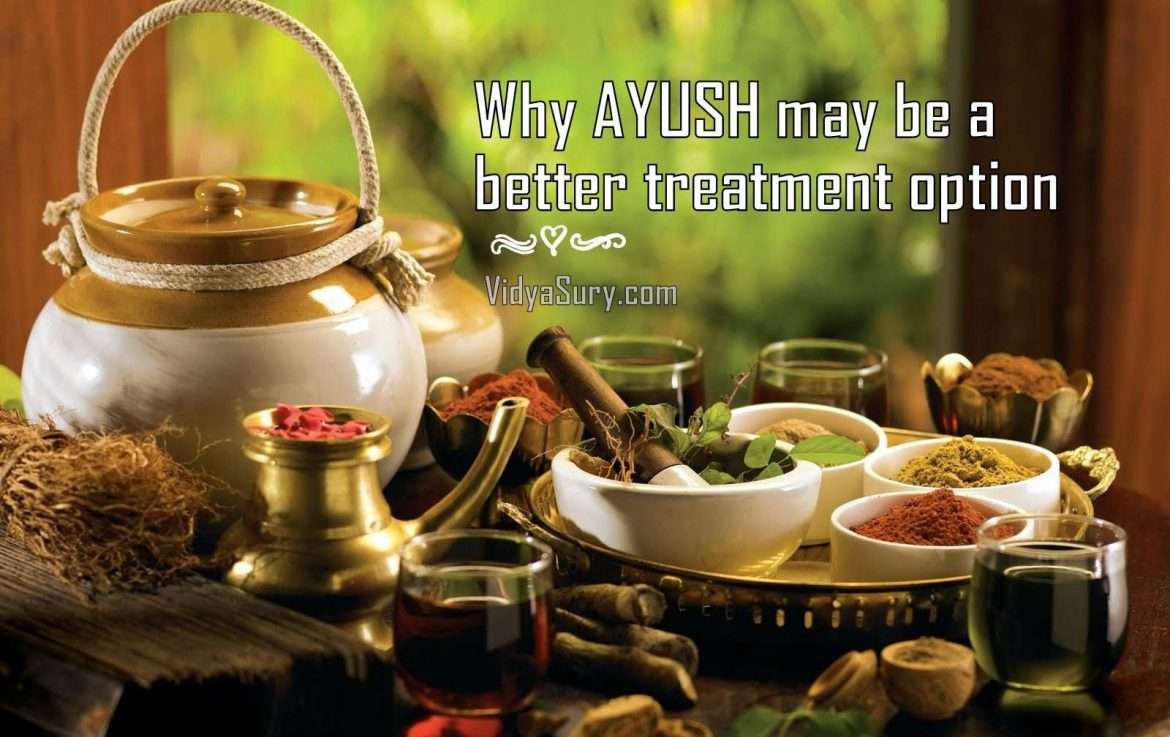 Winter is here. Mornings are chilly and we look forward to the sunshine in anticipation. Colorful woollens find their way out of our closet and it is a time of year we make the most of, before the warmer months follow.

While we love our winters with our ginger chais and hot soups, for many people winters are a long and continuous struggle with allergies that may result in a cough and cold and migraine, along with other ailments. Of course, there is the doctor to treat the symptoms, but a very few address the cause of the illness.

Our family has always believed in homeopathy and ayurveda. In fact, my grandmother and Mom were both experts at herbal medicine, believing that most of our remedies are on our kitchen shelf. I even remember pretending a tummy ache so I could eat some of that yummy herbal preparation. With all the tasty “medicine” available, I’d feel envious of others who fell sick. I know better now.

Today, when I have a strep throat or other ailment, I start of with home remedies but there are times when there is no choice but to go to the doc for a prescription. I then suffer the after effects of the strong antibiotics, which I have to put up with, to fight the infection and get better. Most of the time, home remedies do work for me.

When I had an accident a few years ago, I had nerve damage in my right ankle and allopathy did not help even after months of medication. Then a family friend suggested I consult an ayurvedic center nearby, saying that their treatment is effective. I did go, and two months later, I felt a lot better. Of course, I had to follow a rigorous regimen as per the doctor’s advice, but it helped tremendously.

Alternate therapies like Ayurveda, Yoga, Unani, Siddha, and Homoeopathy may take longer to work, but cure the cause of the illness and have negligible side-effects. Besides this, alternative treatments are also much cheaper than modern medicine.

One of our family members has a chronic ailment and has been on treatment for several years now. Her medicine box looks more like a snack box, with multiple before-food and after-food tablets, all neatly arranged in what we call her Sunday-Monday tablet box. Then a friend of ours, who has recently undergone a 21-day treatment at a little known Ayurveda center, suggested that this relative try the same as the Ayurveda center is well-known for its treatments that cure even chronic diseases. While the relative was agreeable, she had a big issue here. Her insurance cover took care of her expensive allopathy treatment. Would it cover Ayurveda treatment?

Ayurveda or “science of life” is a system of Indian traditional medicine with roots in the ancient Hindu texts. The principle of Ayurveda is balance; an imbalance of the ‘doshas’ is believed to result in diseases. Ayurvedic medicines and treatments are sourced from herbs,

Yoga means to join or unite, is a spiritual discipline with roots in the ancient Upanishads, and later, in the yoga sutras of Patanjali. Yoga is proven to cure diseases and the early indications from an on-going five-year study at Harvard indicate that yoga helps with chronic stress.  No medicines are used in yoga.

Introduced by the Arabs and Persians to India in the twelfth century, Unani is a traditional form of treatment. Freedom fighter and physician Hakim Ajmal Khan was among its champions in India. Unani shares many common principles with Ayurveda.

An ancient form of traditional medicine, Siddha originated in Tamil Nadu. Diagnosis involves a critical checklist of eight signs and symptoms. Drugs are herb-based, and treatments are both internal and external but are not recommended for people with drug-related issues.

Homeopathy is based on the belief that highly diluting a substance in alcohol or distilled water increases its potency and treats the cause of the ailment.

Naturopathy is an umbrella term for a range of alternative treatments derived from natural products.

Together, the above five approaches are popularly called AYUSH.

One can pick the treatment of choice, and benefit from a low-cost alternative to modern medicine. For example, the cost of knee surgery in a Kerala Ayurvedic Center is one fifths the cost of the same treatment in a hospital.

So, it is hardly surprising that the 50-billion Indian Ayurvedic market is experiencing a 15% growth rate and is predicted to continue this trend at least for the next ten years. Considering that there are almost 280 Ayurvedic formulations to treat various diseases listed under insurance schemes, it is a good thing that reputed companies are offering private medical insurance covering Ayush treatments especially in individual plans, which means treatment pursued through AYUSH will be reimbursed under health insurance.

Of course, there are exclusions, but bringing in AYUSH under the insurance scheme will provide the much-needed support base to traditional medicine, attracting patients, especially those with chronic ailments, who need long term treatment.

Do you believe in alternative medicine?

What is your experience with it?

How to Navigate Negativity and Create Happiness

From Darkness To Light 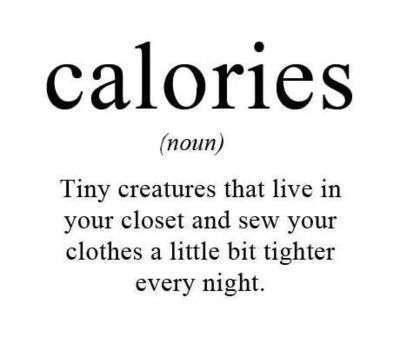 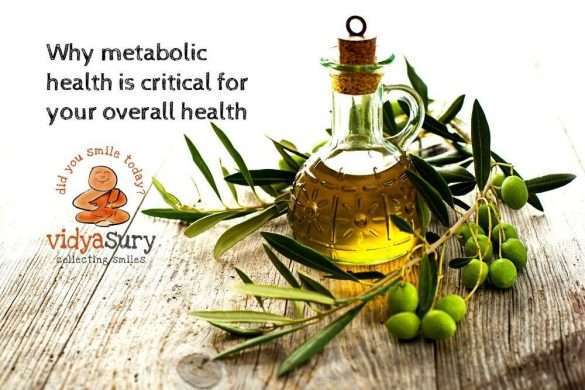 Why metabolic health is critical for your overall health 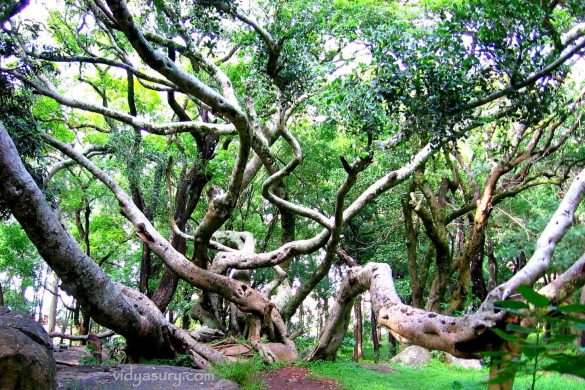 Good and informed narrative of the various traditional systems of medicine. Ayurveda is becoming increasingly popular in Europe, with Germany taking the lead. I have gone in for Ayurvedic rejuvenation treatment (Panchakarma) quite a few times in the past and find it a real boost to health and overall well-being. I would recommend going for it at regular three year intervals.

I do believe in it very much and I take herbal medicine which, I believe, has helped my immunity and helps my restless leg. The one unfortunate thing is it has not helped the bad pain I am in. I can’t do yoga because of my condition….it would harm me more which is weird but true. Simply walking creates scar tissue and creates further injury. I do applaud it though and believe it really helps. My great grandmother, from Germany, cured my mom from scarlet fever and my aunt and uncle from diphtheria when the doctors gave up. She knew all sorts of herbal remedies and where to pick roots and flowers etc… to get the correct medicine needed.
Birgit recently posted…Something New…Forget about something blue, old and borrowed

Nice article about alternative medicine, It helped me to try something new instead of usual allopathy.