If you enjoy my work ❤️ 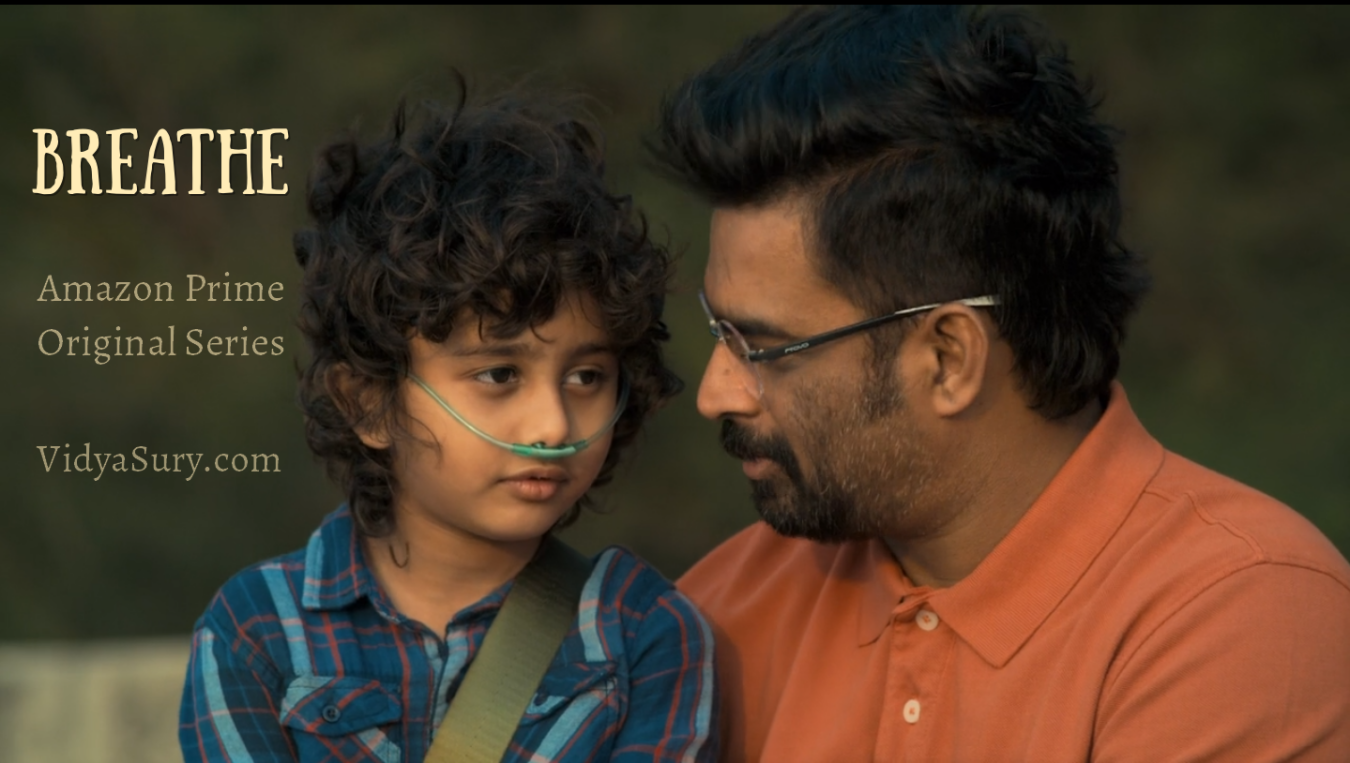 Maddy and I go back a long way, right to his TV days which segued into a fine acting career. He’s one of the handsomest men I’ve ever seen, oozing charm, with and without his beard. We’ve enjoyed his performances in movies in different languages. Even as he is recovering from surgery right now, (Get well soon, Madhavan!), the media is abuzz with Breathe Amazon Prime Original series, which premiered on 26 Jan 2018,  where he plays the lead role. Couldn’t wait to see it!

A word about Amazon—which often finds a place in my gratitude posts.

Besides making my life easy, being a member of Prime Video gives me access to entertainment on demand, 24 x 7 with some excellent choices. Considering our household has been in and out of health issues, it is nice to have Prime Video to binge on movies and TV shows. It is doubly exciting to see Amazon investing in Originals in India as it offers variety entertainment we can tune into whatever, whenever, wherever we want. And yes, we do exactly that. I was looking forward to watching this, mostly because of Madhavan. But knowing that I’d go crazy if I watched one episode and had to wait for the rest, I simply waited for all the episodes to be uploaded before—you guessed it—binge-watching it. I recommend you do the same.

But first, here’s the plot—the blurb

Directed by Mayank Sharma, Breathe, is an 8-episode gritty, psychological thriller that explores the lives of ordinary people faced with extraordinary circumstances. How far will you go to save the life of a loved one? Breathe, Amazon Prime’s second and latest India original, explores this very question.

Kabir Sawant (Amit Sadh), a brilliant but unconventional officer of the Mumbai Crime Branch, puts together the pieces of seemingly unconnected deaths of organ donors that lead to an unlikely suspect – the affable Danny Mascarenhas (R. Madhavan). As Danny faces the difficult choice between morality and the slim possibility of saving his dying son’s life, Kabir will not stop till he cracks the case and delivers justice. Danny Mascarenhas (R. Madhavan) is the single parent to six-year-old, Josh, who suffers from lung failure (Cystic Fibrosis), a congenital life-threatening disease, and is in dire need of a lung transplant. A God-fearing family man, his life revolves around his son, his widowed mother and the soccer academy that he runs. Breathe captures Danny’s struggle to save the life of his son, as he tries to create his own fate, to alter his son’s destiny.

Will the relentless cop catch the killer? Will Danny be able to save his son? What drives Kabir? Who will the next victim be?

The difference between a man becoming a ‘Protector’ or ‘Predator’ is simply what’s at stake.

I am sure that sounds as intriguing to you as it did to me.

No matter whether it is a parent or a child, watching someone die is shattering.

That’s what happens in Breathe to Danny, doting father to six-year-old son Josh, has been given six months by the doctor, unless a lung donor becomes available as quickly as possible. Josh is registered as a recipient and is fourth on the list. But the way systems work it could be any length of time before he moves up to no.1, as his blood group is the rare AB +ve.  Danny and his mother are naturally worried.

Danny, desperate, decides to take matters in his own hands. He believes that miracles don’t happen, we have to create them. He sets about trying to do just that. He gets the confidential list of donors and his goal is to somehow ensure that his son is on top of the list of recipients. As a loving father, he cannot bear to see that his son’s days are numbered.

In the meantime, Kabir, Inspector, Mumbai Police, who is dealing with his own personal demons and lives on a liquid diet of alcohol, ruthlessly goes after solving the mysterious deaths of the organ donors, ably aided by his partner Prakash. Even as Kabir is plagued with memories of his own broken family and is dealing with an impending divorce with his wife, he will stop at nothing to nab the killer. He has his suspicions about Danny, but has no proof that he might be the culprit. But then, when he realizes his ex-wife Ria is on the list of donors, Kabir has a personal stake in the case. A possible suspect brings him close to cracking the case.

Question is, is he the one? Will Danny succeed in getting Josh a lease on life?

Watch the Amazon Prime Original Series to find out.

The plot is somewhat implausible; nevertheless Breathe made for good watching, particularly because of the cast and the fact that all eight episodes were available.

I wondered: why were donors being killed? Why not recipients? Also, while I get that a love can drive people to do crazy things, how did the killer even think it would be easy to get away with so many murders, that too with people who are linked by a common thread—namely—being on the list of donors? Once the police were on the case, would it not be easy for them to figure it out? Why did they not quickly look at the list of recipients rather than wait until more people were killed? Why did Danny read his 6-year-old a Harry Potter book that looked like a large picture book? Perhaps there’s a version I don’t know. Never mind. Irrelevant.

The first four episodes seemed slightly slow to me with repetitive scenes—blame it on my need for speed. But things moved after that. There were gruesome scenes and adult scenes—so forget watching it with your kids.

I also didn’t see why Danny had to be shot. Why not just jail him? Well, a too-provoked trigger-happy cop, I suppose.

In spite of everything, Breathe has thrilling moments, heartstopping moments, and is overall, enjoyable.

I think the cast of actors was amazing and each one did an outstanding job. Madhavan is of course superb and I’d be happy to just gaze at him, but Amit Sadh really rocks his role with his about-to-explode-barely-contained-rage-mixed-with-guilt-but-couldn’t-care-less-about-anything attitude.  Except, I thought he overdid the drinking out of that hip flask! Still, he’s absolute eye-candy! Neena Kulkarni is a veteran. I enjoyed Hrishikesh Joshi as the loyal Prakash, Kabir’s partner.

And total trivia: but I loved seeing my old school–Mount Mary’s in Bandra in the first episode. So happy!

I couldn’t help wondering what I might have done if faced with a similar situation. In fact, I almost was—when my Mom’s lung collapsed after years of suffering with chronic interstitial lung disease (lung fibrosis) and she had to be rushed to emergency. We went crazy exploring options. Of course, a transplant was out of the question and the doctors had no hopes for her survival; even if she did survive, the prognosis was not good. I still go crazy thinking of that day when, five days after my Mom had been on full life support, the doc suggested we consider unplugging her. That’s not the kind of decision one likes to make because we want miracles. Well, in our case, we did get one because she passed away from a massive cardiac arrest preceded by severe internal sepsis, saving us from having to tell the doc to cut off the ventilator.  Three years earlier, during another major hospitalization when her hemoglobin dropped to 3, I remember how we ran from blood bank to blood bank—her blood group was the rare AB +ve and blood was hard to access.

But no way I would even contemplate killing a bunch of people to save a loved one because how would I live with myself after? There is no justification.

So have you watched Breathe?

Check out the trailer:

"There are no miracles in life, just the ones you create." – Danny Mascarenhas#BreatheOnAmazon

I’d love to know what you think. 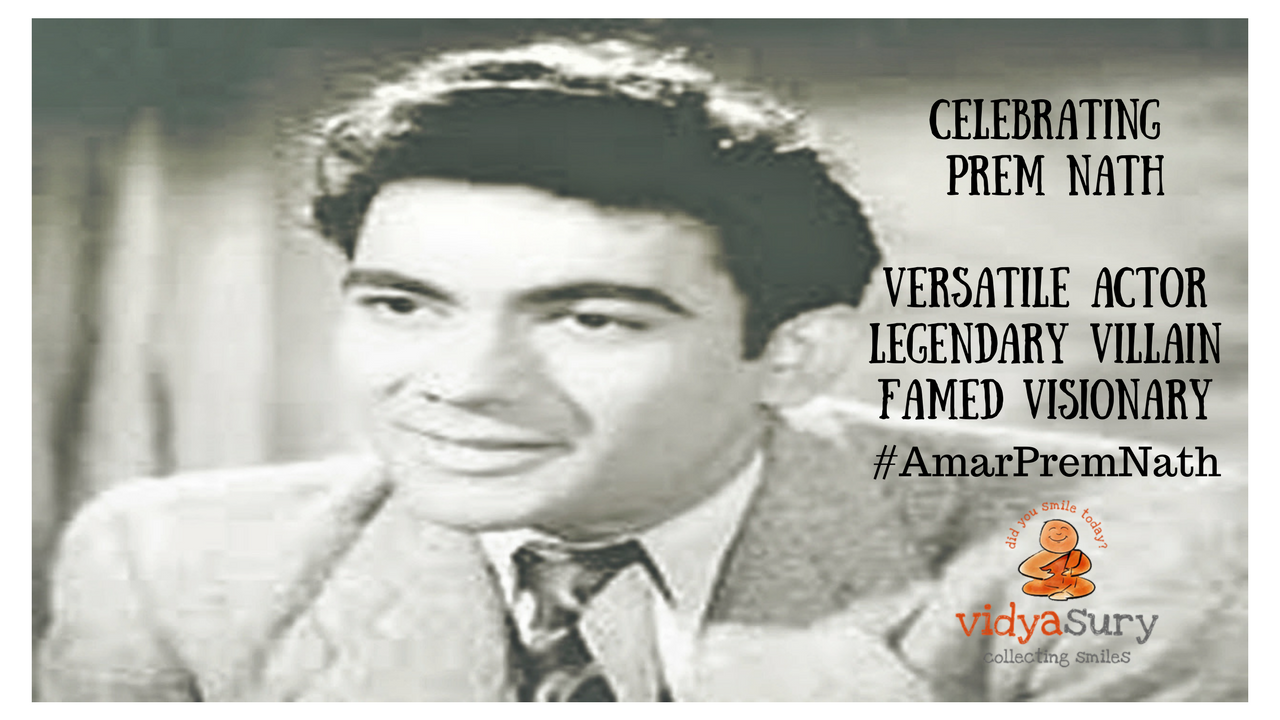 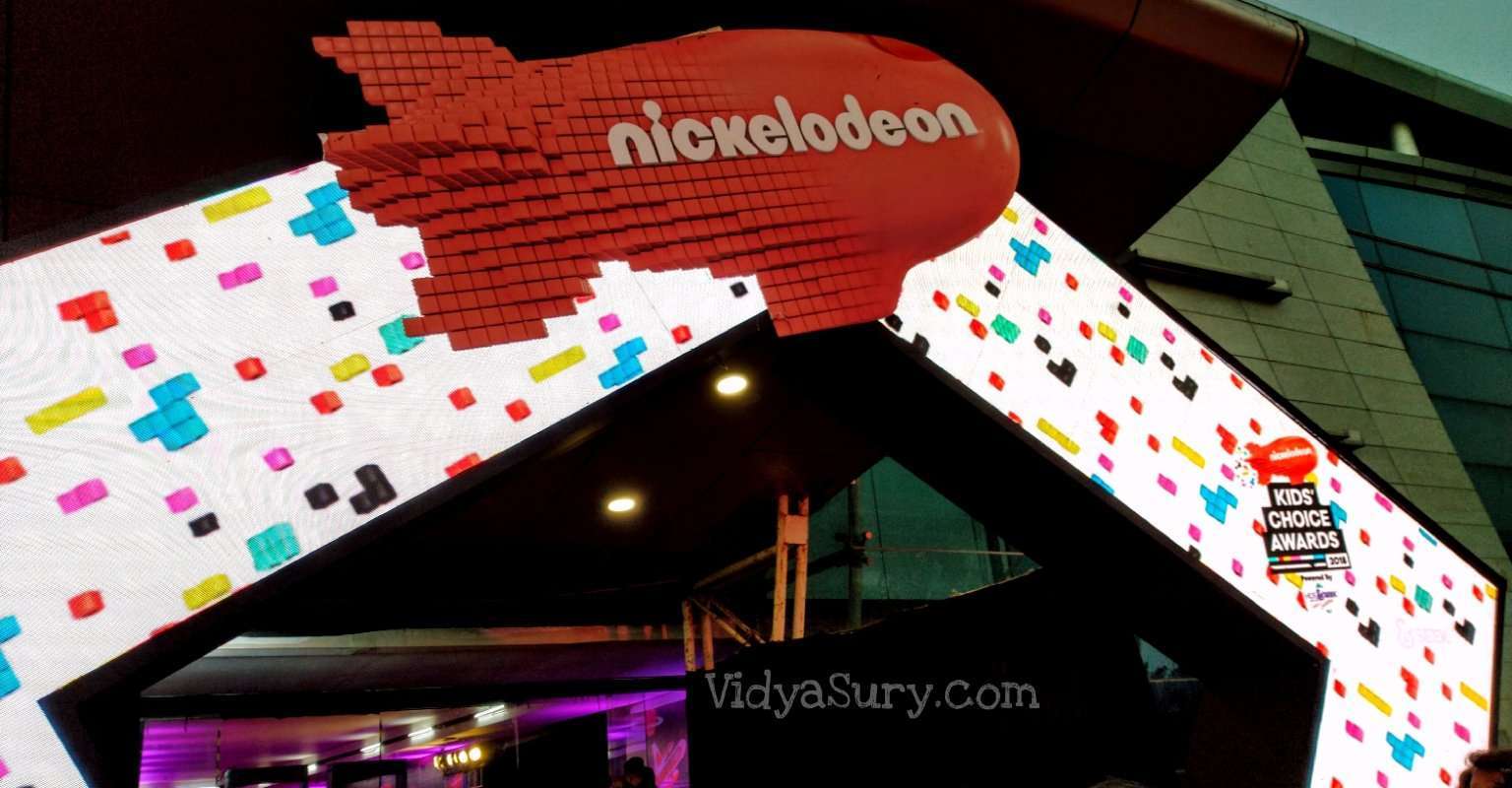 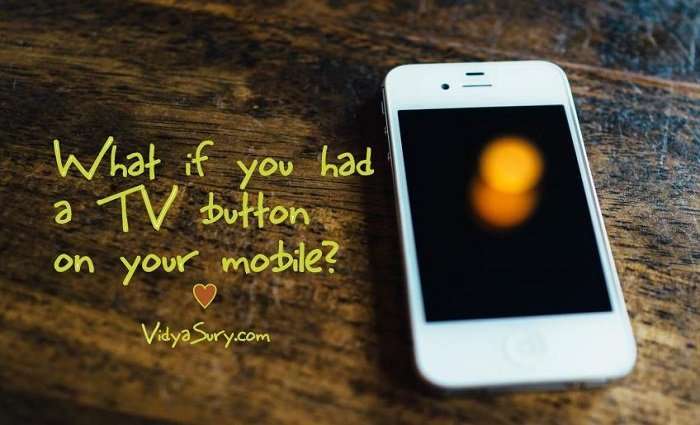 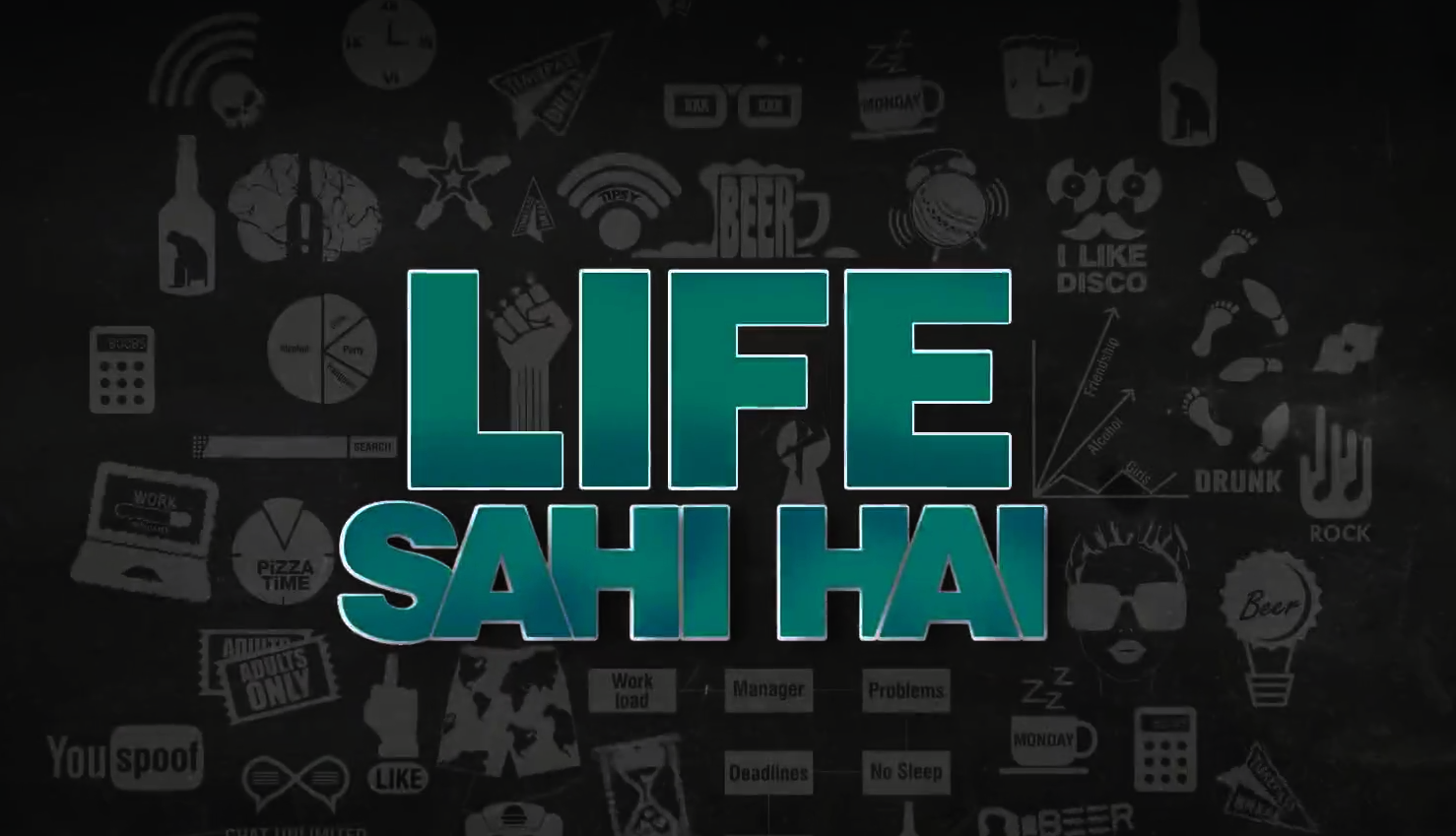 I did watch a couple episodes, only for Maddy! Neena Kulkarni is always awesome, whatever role she plays.
True, I too found the plot a bit strange, and couldn’t connect with it. But, then Maddy is the hero, so… 😛

I saw the series too. I think Danny was deliberately trying to get himself killed. With him out of the way, Kabir could do a good deed by having Nair’s murder declared an accident, and thus the organ could go to that little boy. As Danny himself says in that final scene – the only murder they can actually pin him with is Nair’s, the rest are impossible to prove. If Danny goes to trial, then the police would have to do a post-mortem on Nair, and those organs would be of no use.

That’s the way I read that scene. I thought it was brilliantly set up.

I haven’t watched this but I sure want to…just as you nailed it with the first few sentences, ”Maddy and I go back a long way” and absolutely one of the handsomest actors ever. I am sure that he is superb in the series and I am looking forward to watching it. Thanks for the review!

hey Vidya, i started watching that series but couldn’t watch beyond two or three episodes.seeing one friend and one other acquaintance lose their child recently, i wasnt in a mental frame of mind to watch something so close to that. however, whatever i watched send intriguing.though i have my reservations on how it will affect organ donations in general.can scare people who think of such possibilities

I’m going to watch it now. Content on both Netflix and Amazon is so badly categorised that its hard to find good stuff.