Top Posts
The more thankful I am, the more abundance...
Are You Always Worrying About What Others Think?...
Anyone can be the light, at any moment...
Is Having a Big Ego Good or Bad?
Have You Ever Struggled With Not Knowing When...
The Hill We Climb by Amanda Gorman
The Kind Of Santa Claus Story We Really...
Do you suffer from mental obesity? (4 signs...
Are you that unicorn?
Why you should embrace your inner self
Home Travel 8 Gorgeous Waterfalls At Home and Abroad #Travel
Travel 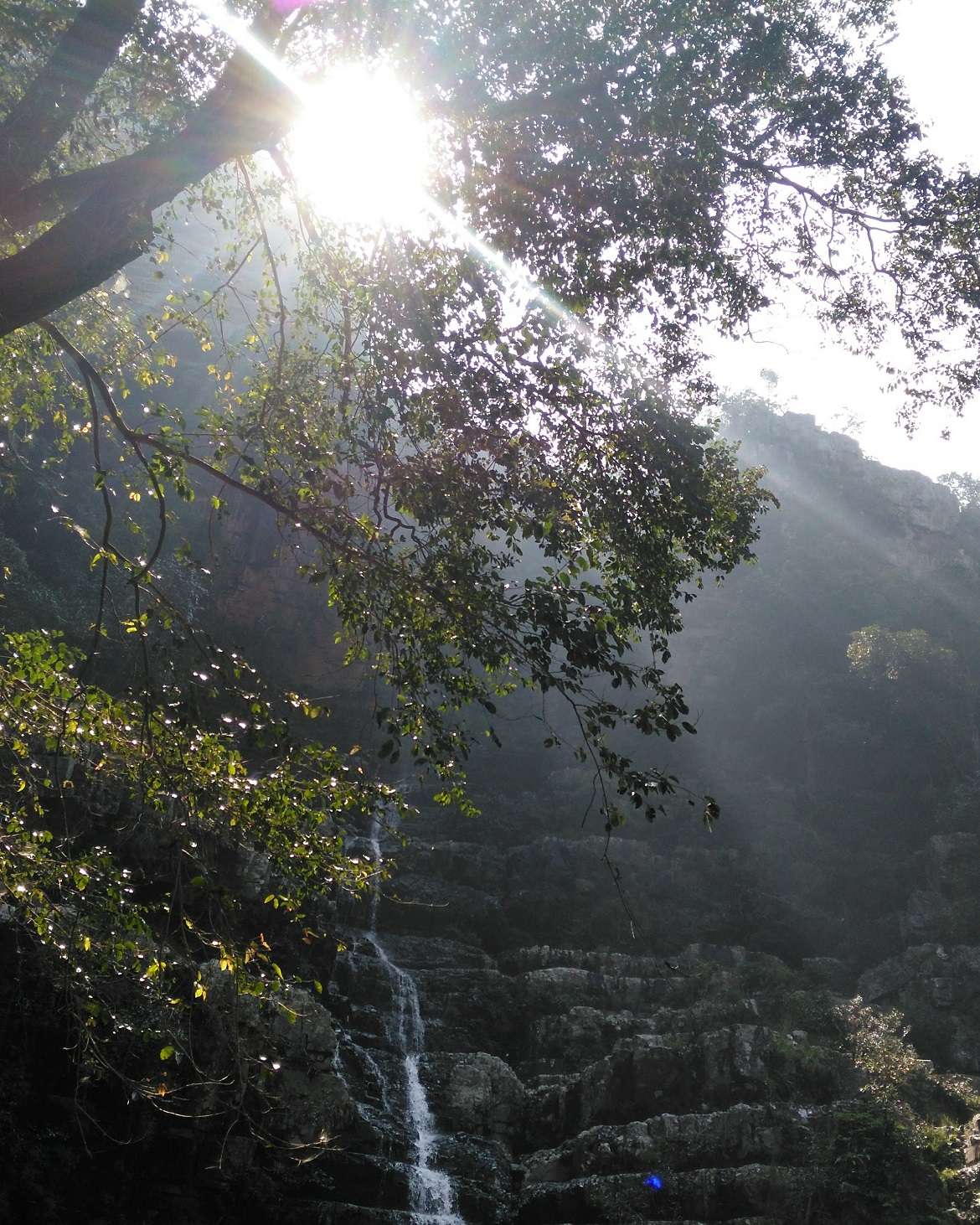 Waterfalls have such a soothing effect, don’t they?  They seem to stop time and freeze that moment of happiness as we watch the water flow, over and over. Nothing else seems to matter in that instant and we just want that moment to last forever. I find that if there’s something bothering me it just fades and only the sound of the water rushing or trickling matters.

Have you ever felt that way looking at a waterfall? I chose to write about waterfalls for the “flow like water” prompt because, as I looked through my water-related photos, I found I had quite a few photos of those. And it made me happy to recall the memories of visiting them.

So let’s begin with the mother of them all — 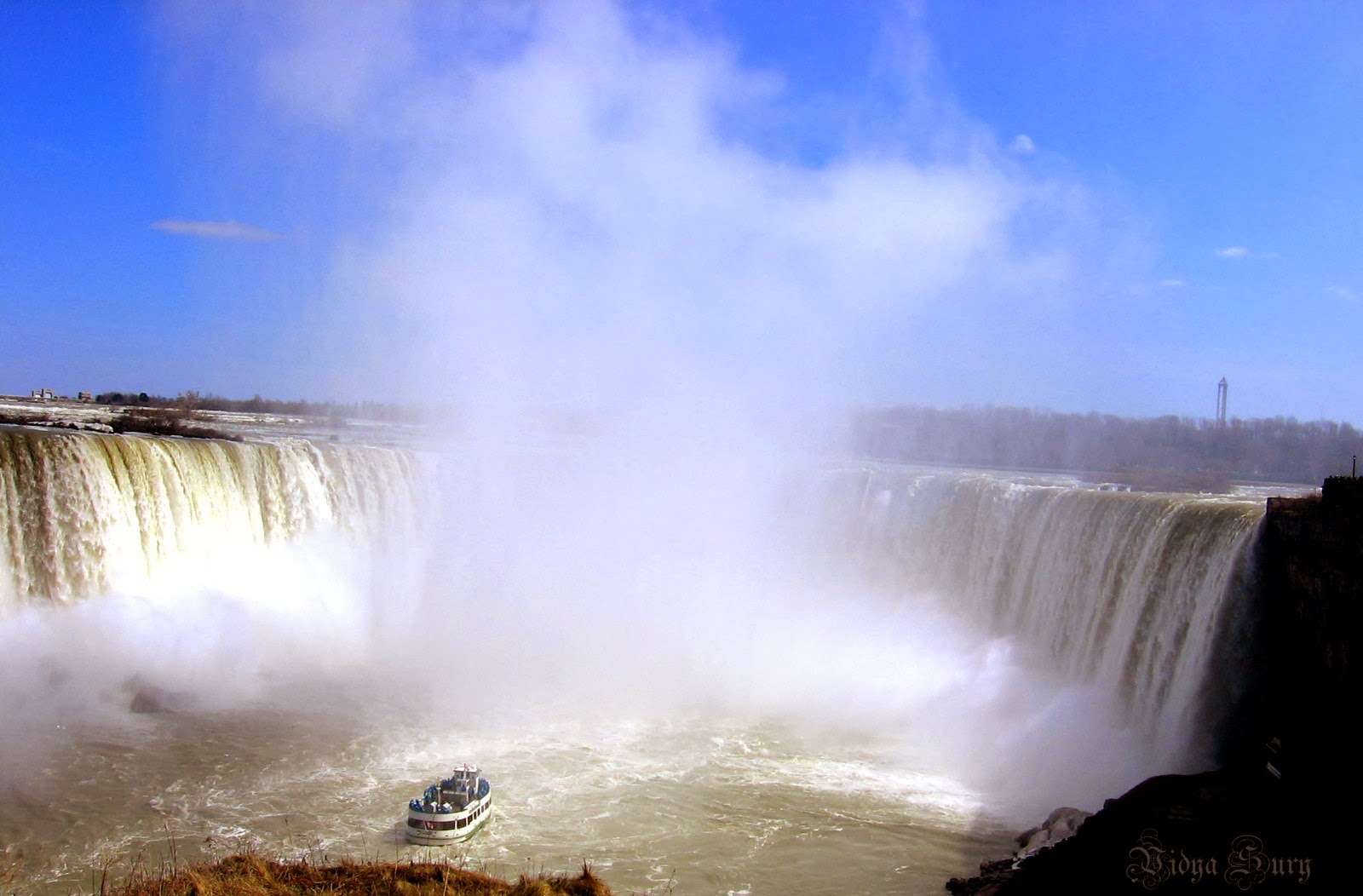 I made an impromptu trip to Canada back in 2013 at the insistence of my BFF who lives in Toronto. I had absolutely no plans . . . but, well, when the heart calls, what to do? So I went. And had a fantastic time.

And Niagara Falls from the New York side 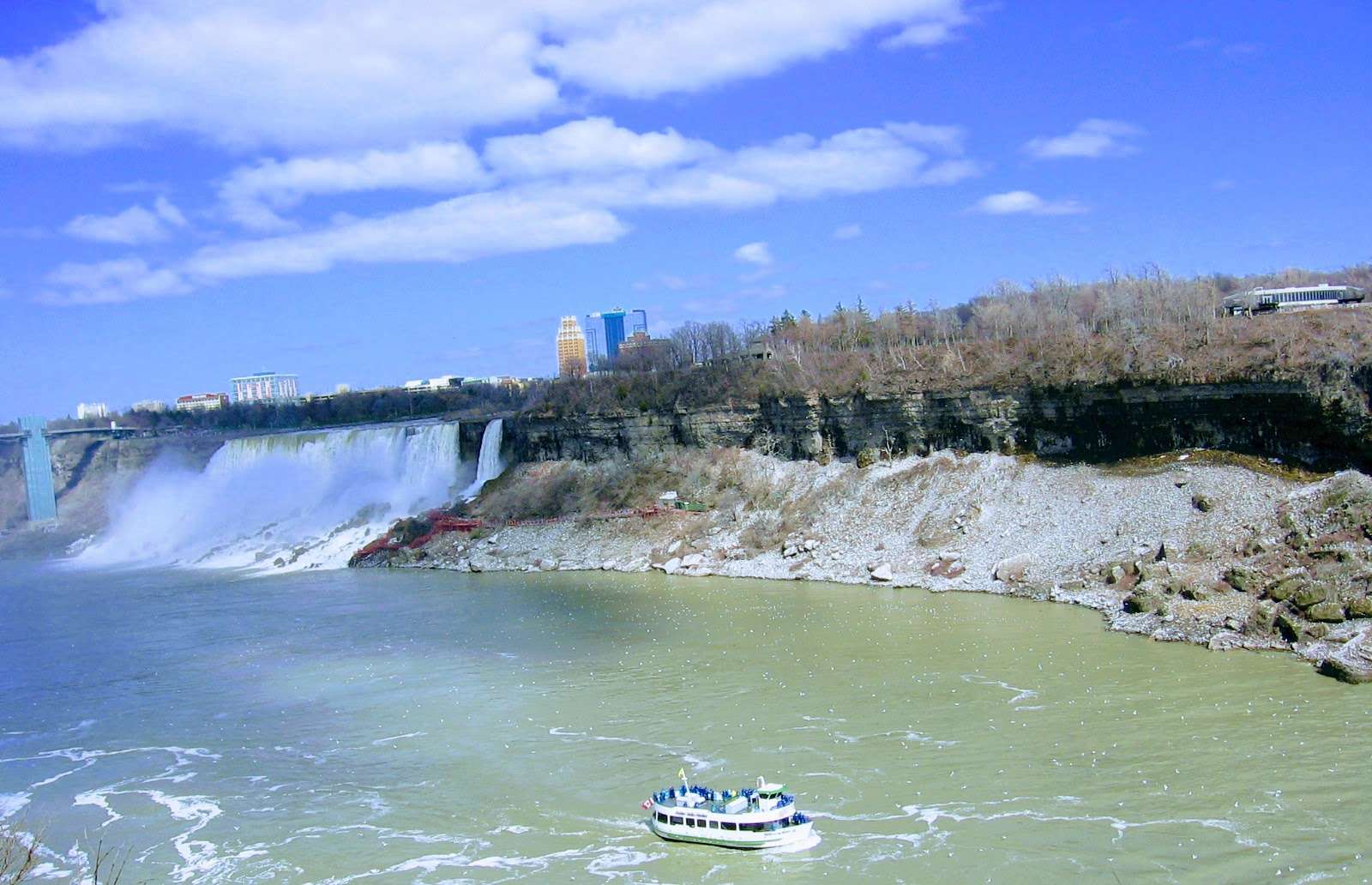 Niagara Falls from the New York side Vidya Sury ©

We had plans to drive over to NY but that was not happening as my three-week trip had no space for that. So it was adios and till we meet again. 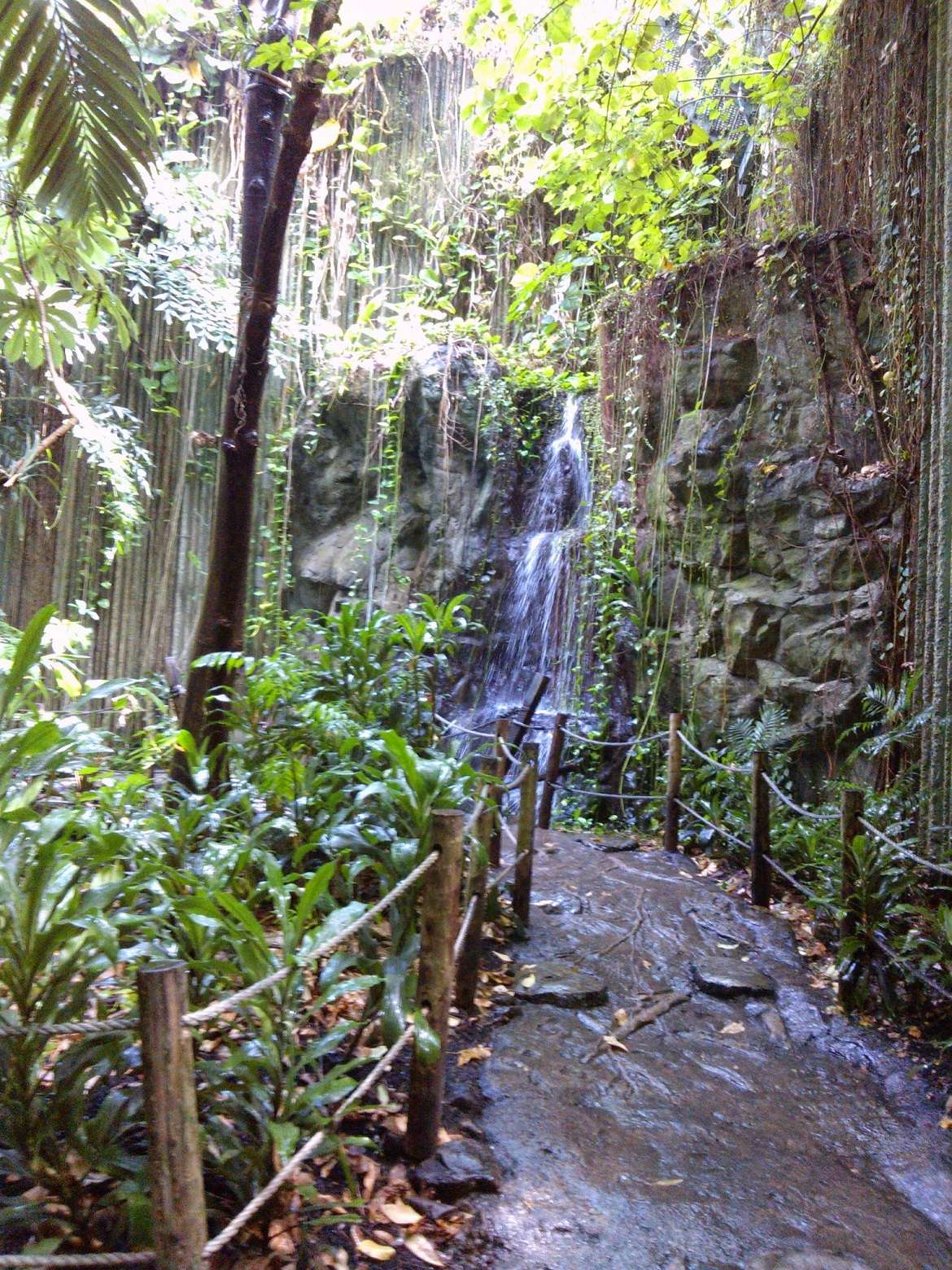 We spent a day at the Ontario Science Museum, and the rainforest replica inside enthralled us. Super humid! And super pretty, too! 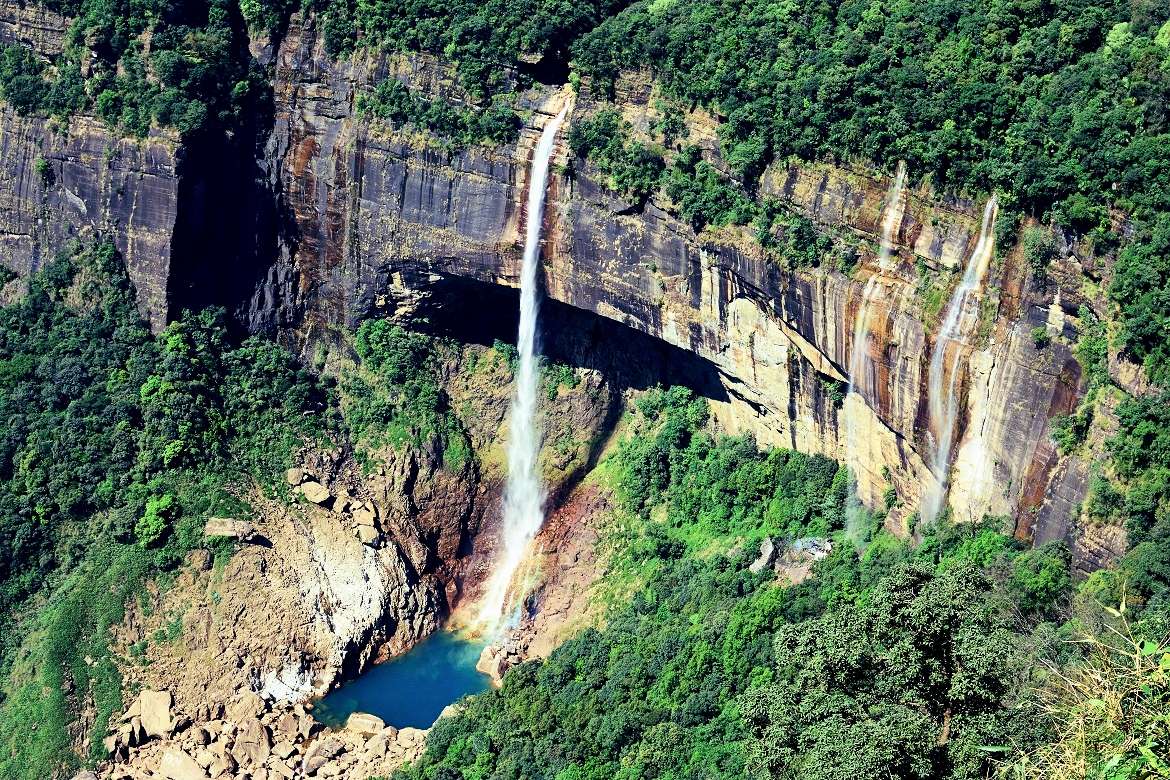 Back in India, we visited Nohkalikai Falls in Cheerapunji during our honeymoon in 1997. The craziest thing happened. The bus that took us there backed into the parking lot which was really a flat piece of land. At one point we thought the driver would tip over into the waterfall! Phew! 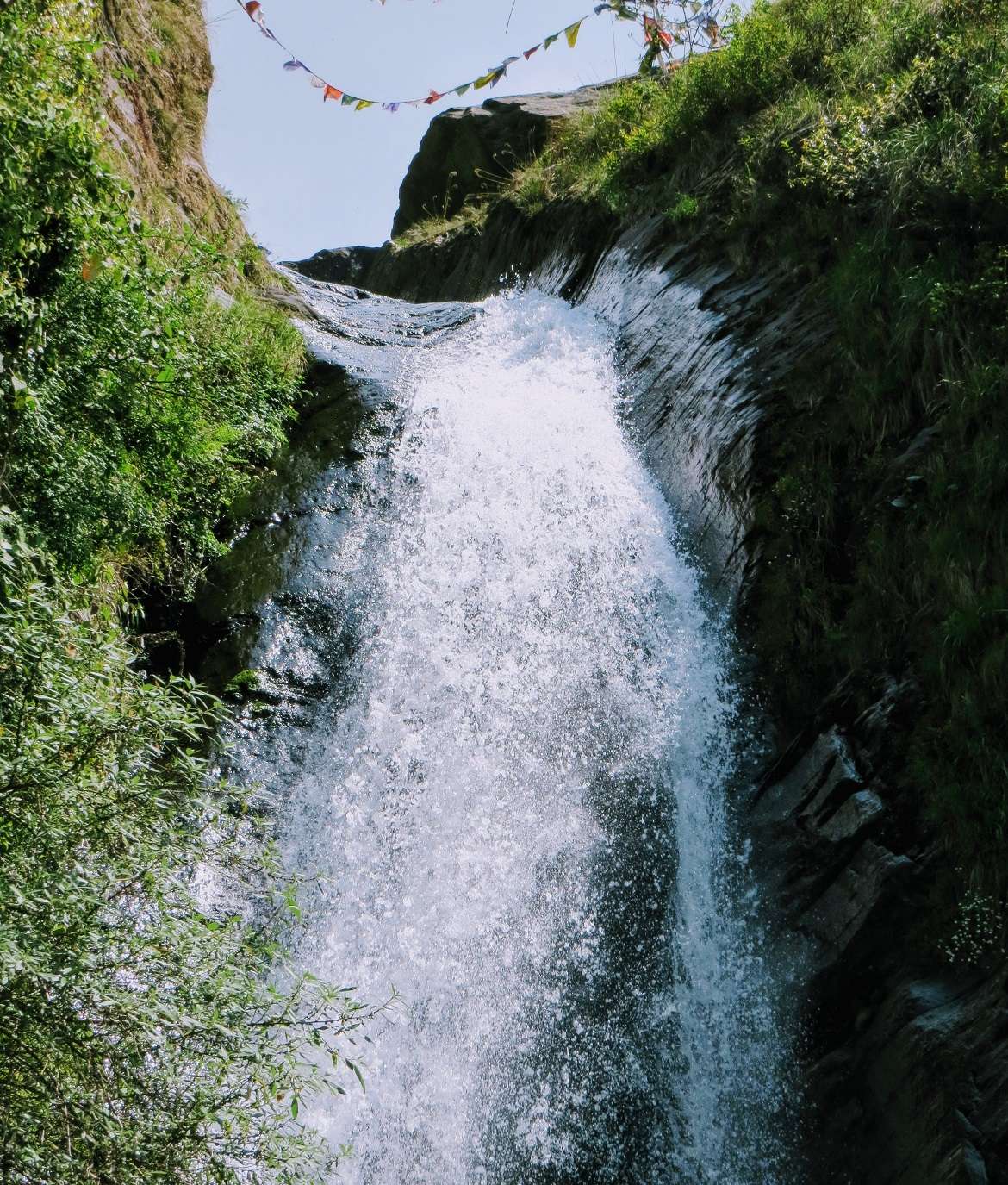 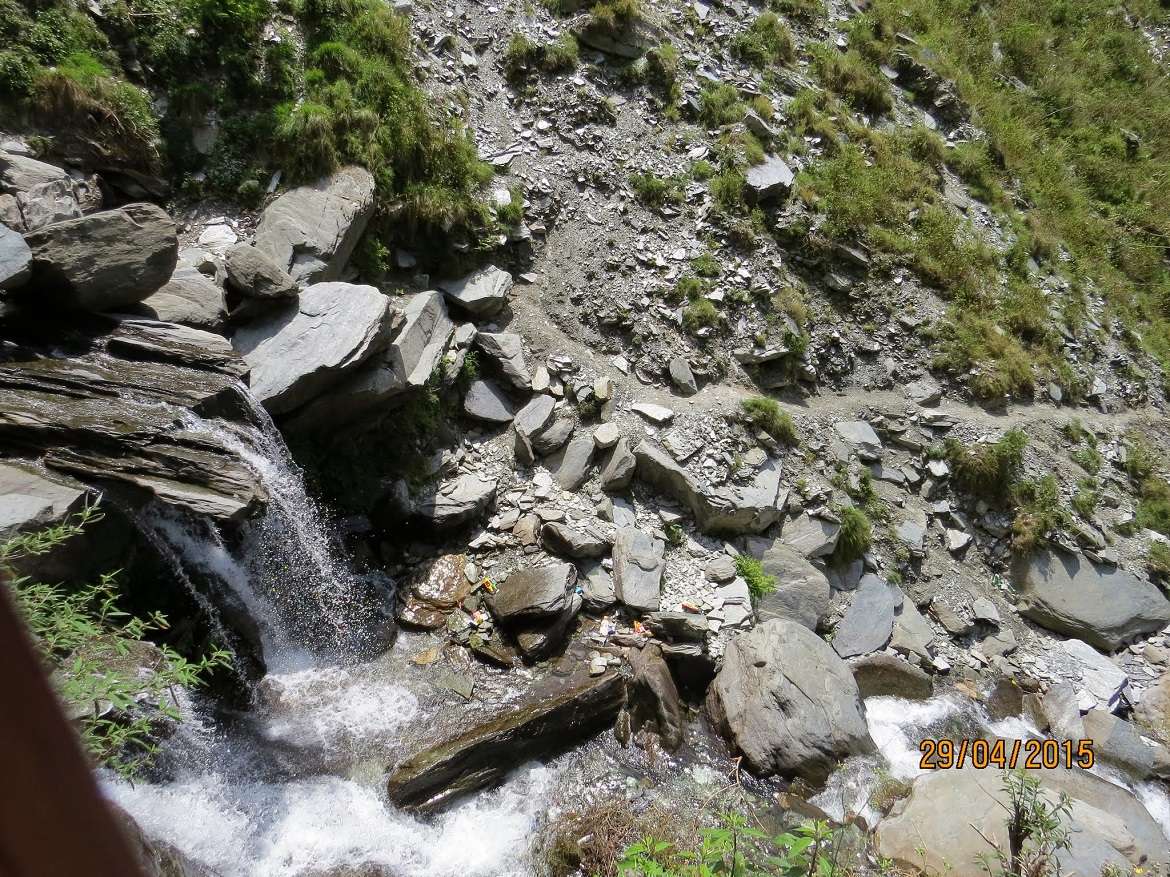 Bhagsu Nag Falls, Dharamsala, India Vidya Sury ©
We visited McLeodganj in 2015 and met the Dalai Lama. No matter how many times I say it, I don’t think I’ll ever get over it. So amazing! After that, we headed to the beautiful Bhagsu Nag Falls. It is not a big waterfall but the sound is deafening. We had to trek to it via a narrow pathway along the sides of the mountain — quite the adventure. And yes, we could climb to the top of the waterfall! 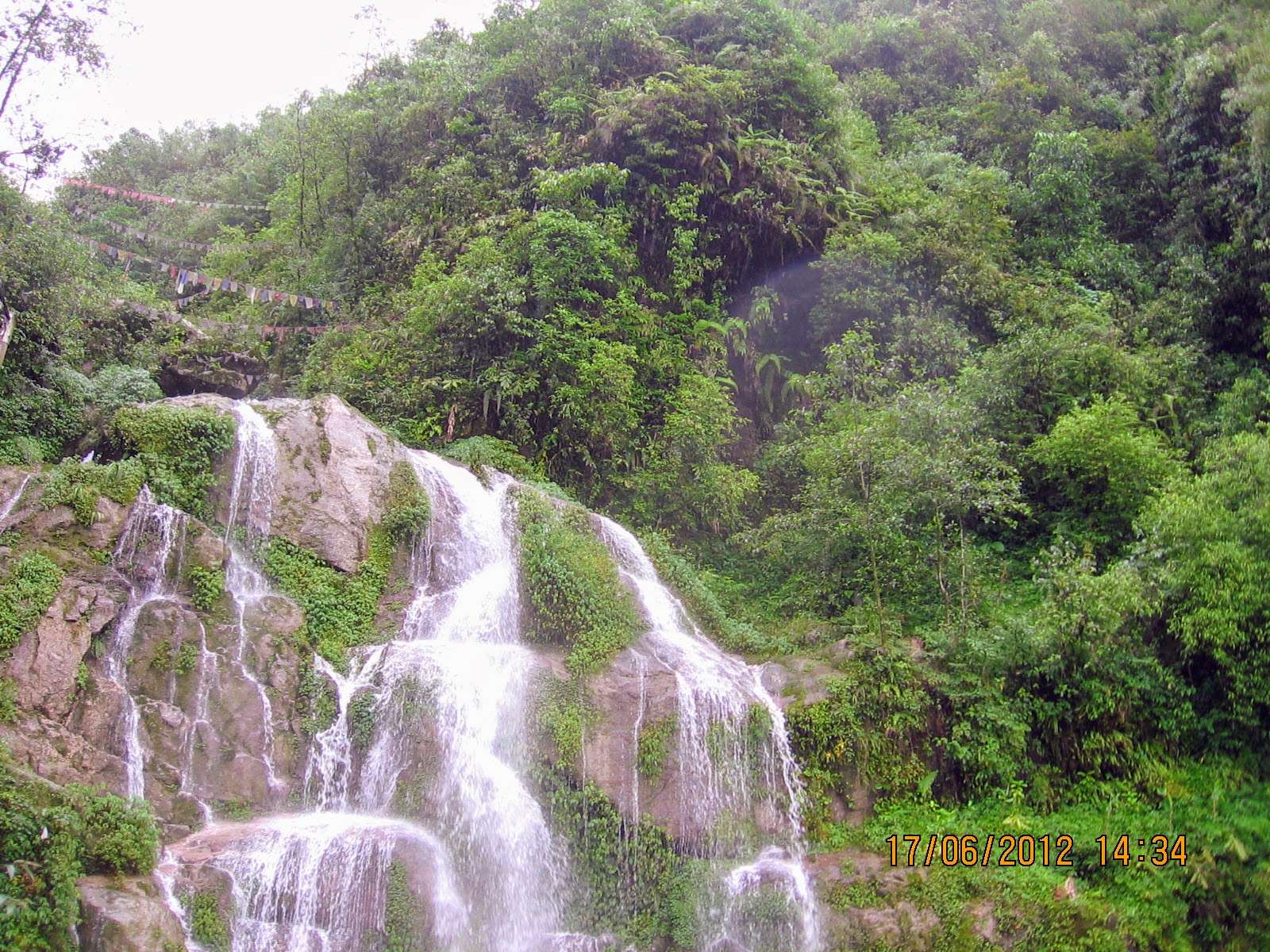 Bhaktang Falls, Gangtok, Sikkim, India Vidya Sury ©
Sikkim was in 2012. It was a wet day and we walked around wearing our raincoats but had a wonderful time. Did not miss a single thing in our itinerary except the Nathula Pass as it was snowed over and closed. Still, the most enjoyable time! Even got bitten by a leech! Ewwh! 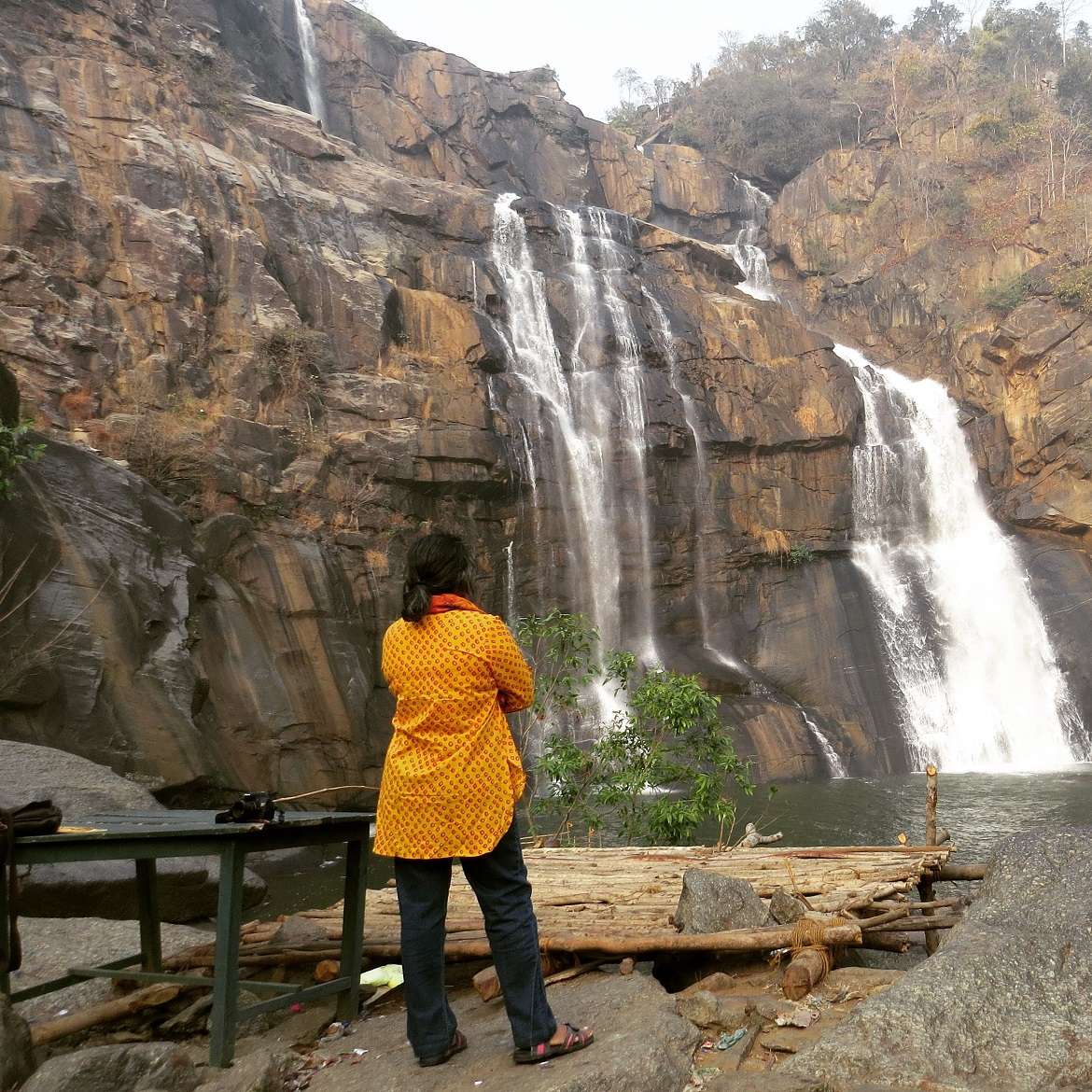 This waterfall was magnificent! We set out at 6 am in the morning before it got warm so that we could enjoy the sight in peace. And we were rewarded by the steadily gushing water that flowed into a mini lake. We heard that during the monsoons one couldn’t get anywhere near the falls as the rocks were barely visible. Had the tastiest ginger lemon honey tea there, poured out of an ancient kettle, watching the water. 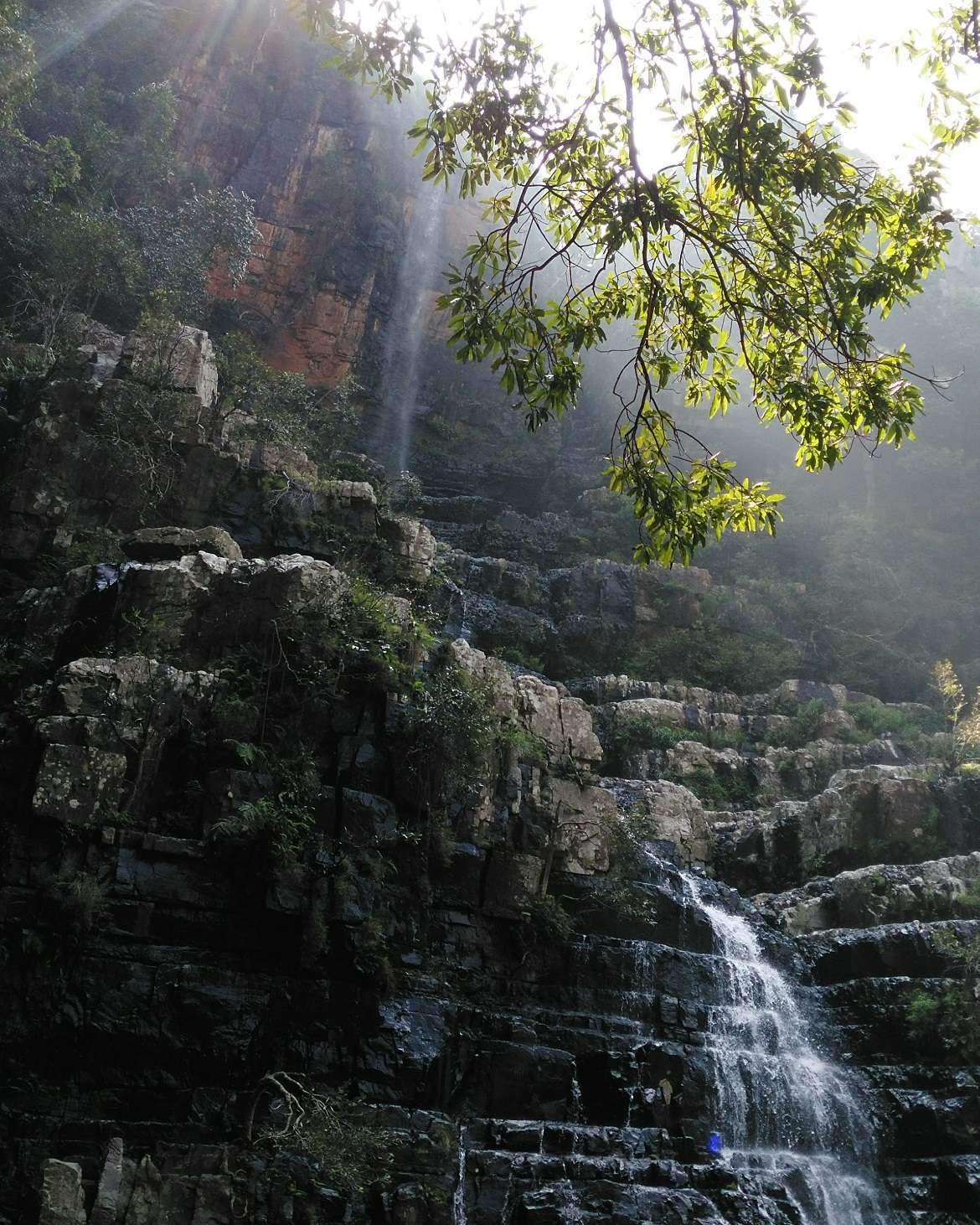 While the waterfall itself wasn’t heavy when we visited, it was delightful. We could walk along the ledges to stand under the water, but were a bit scared as it was too slippery. Also, plenty of monkeys enjoying nature. So we contented ourselves by settling at a vantage point and watching others bathe. 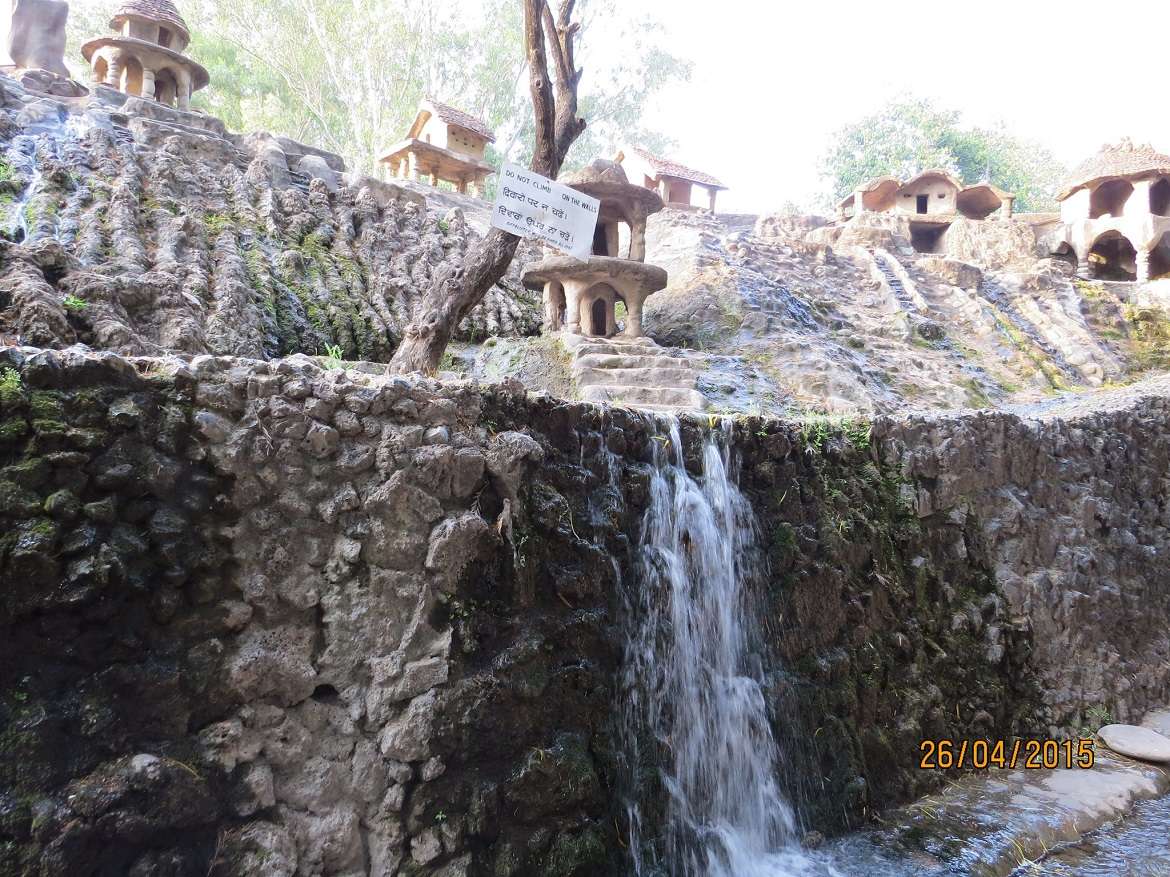 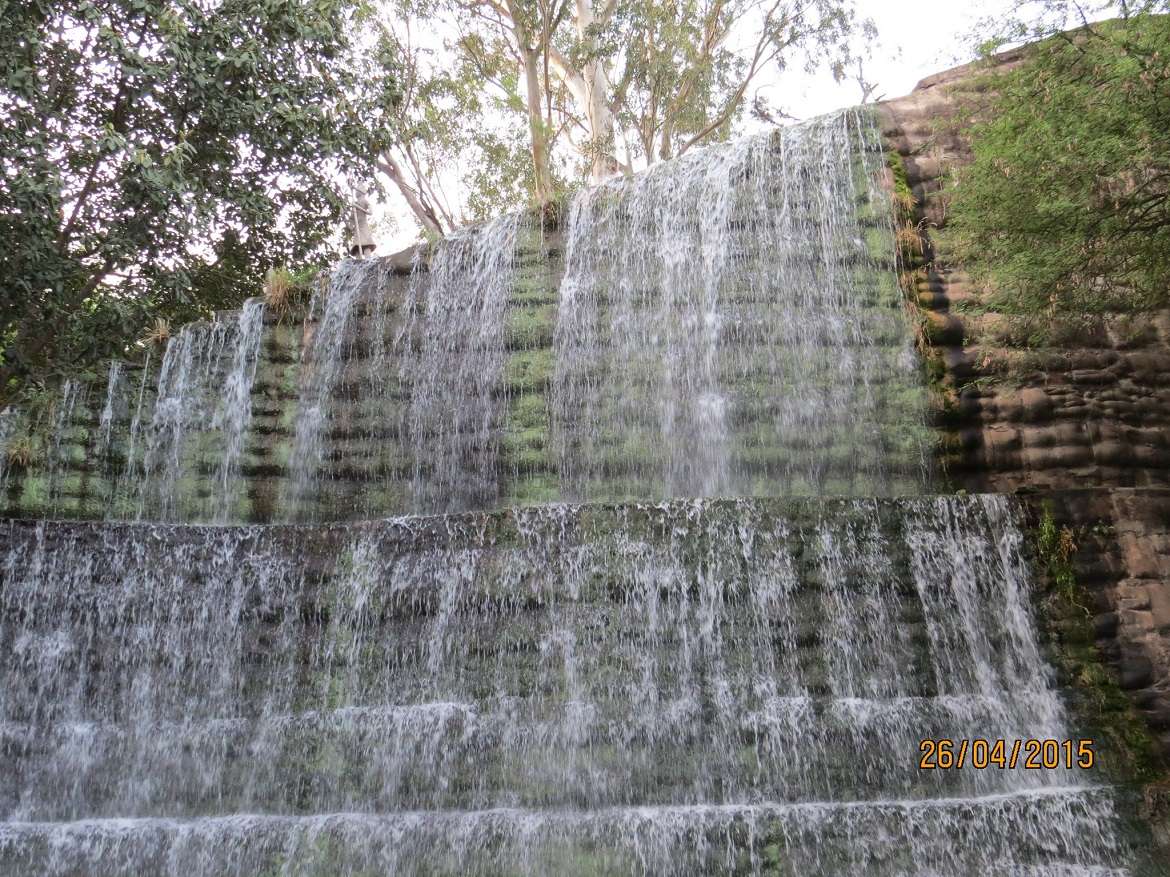 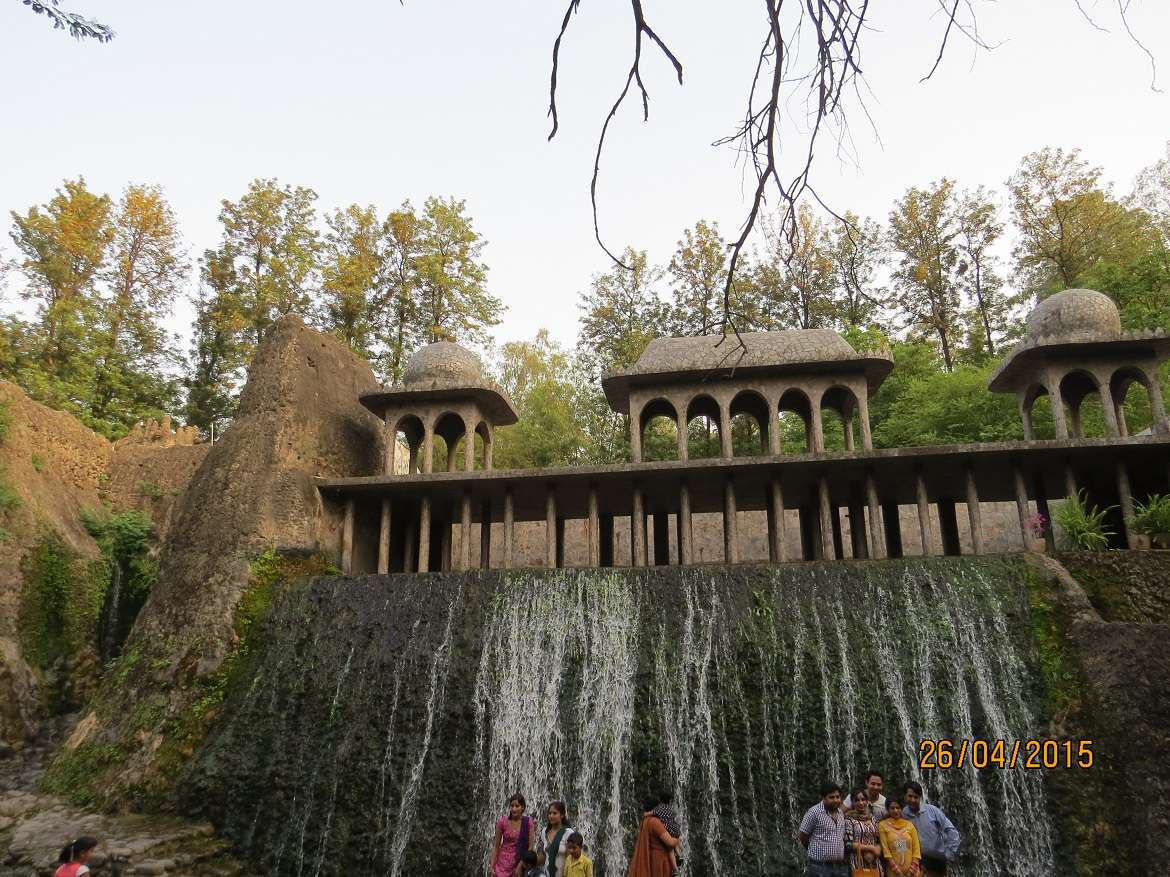 This place is a one-man creation of rubbish to art. Everything here is made from garbage. Will write about it soon. All these are manmade waterfalls on the campus. So beautiful.

And that’s it for now! ❤ I hope you enjoyed the hurried trip!

How To Plan Your Vacation Without The Stress: 5 Important Tips 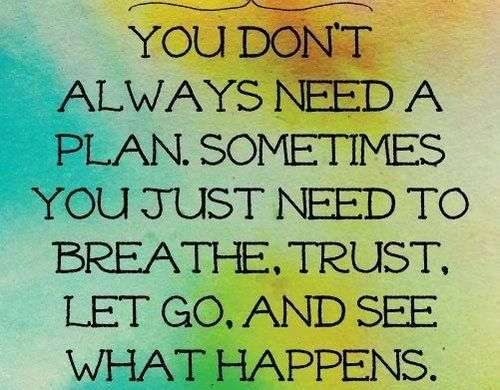 Making Time to Smell the Flowers 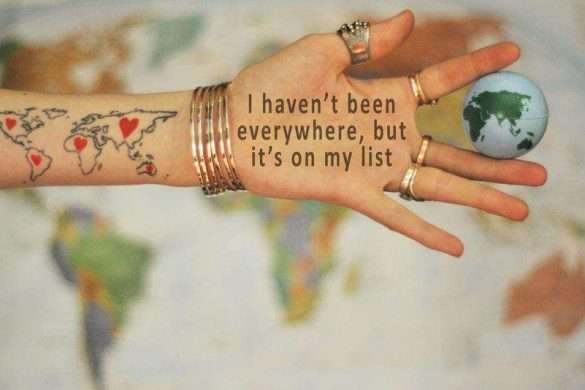 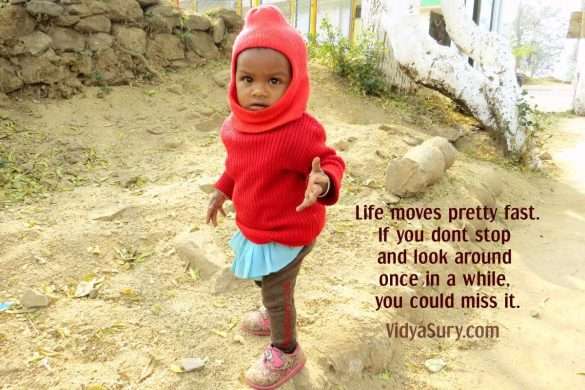 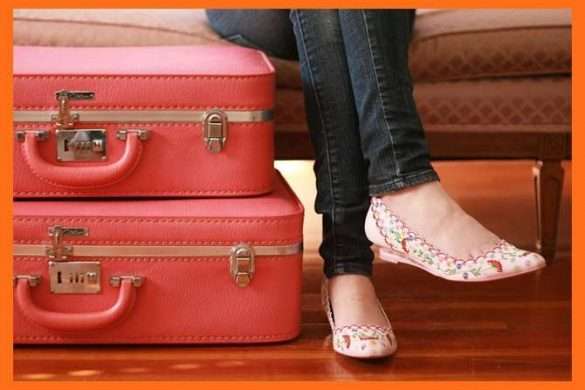 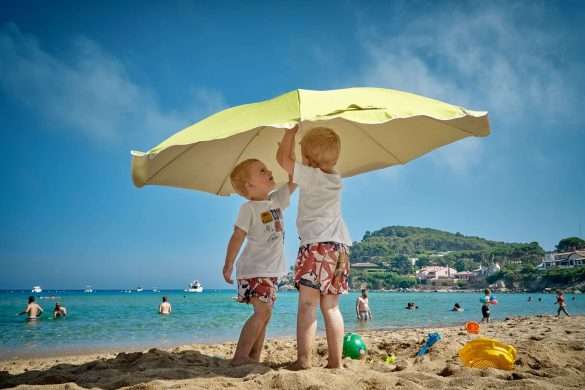 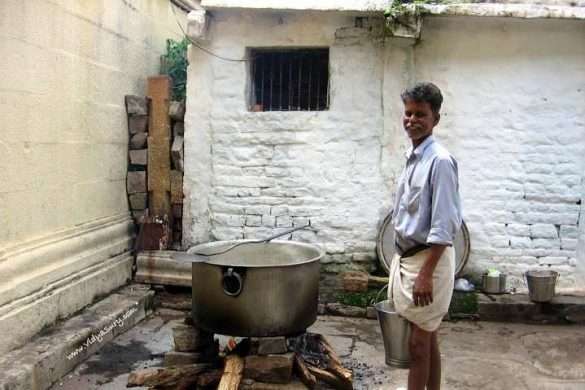 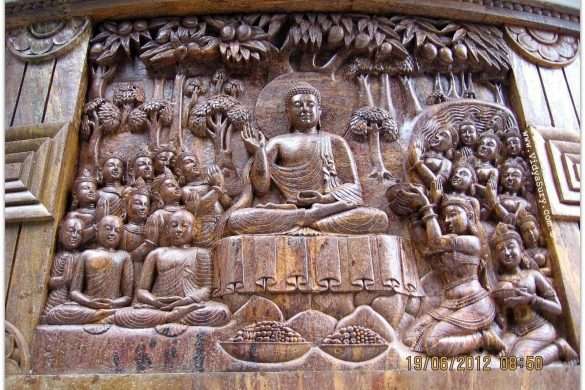 The Life of Buddha – Story In Pictures 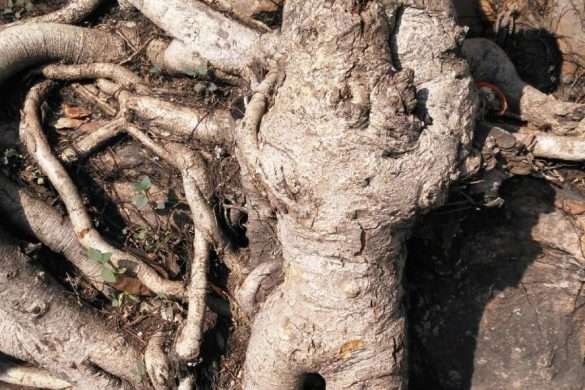 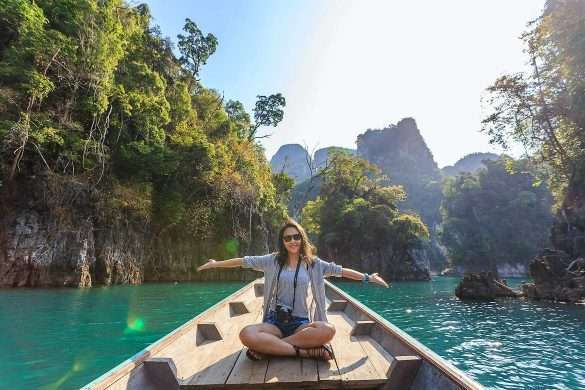 How To Make Your CouchSurfing Experience Absolutely Unforgettable: 9 Top Tips

The Birds and the Trees