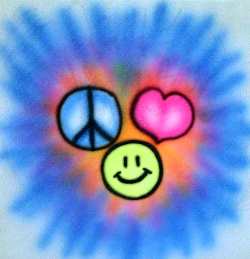 When there is love peace and happiness are not far behind. Love is such a solid glue in my life. It binds all my relationships, strengthening them and makes life worth living.  The past couple of weeks have been busy and I have not kept up with blogging as much as I’d like. But sometimes, real life takes priority and there were a couple of crisis situations we were all occupied with at home and that is where the title of this post comes in.

Hospital care and more than that, the good old run around to organize things and then trying to keep things together, including our heads is taking its toll. But love keeps our act together. One of my dear friend’s daughters unexpectedly met with an accident while returning from college. She was walking back home with a friend in a quiet residential area when a speeding motorbike rammed into her – causing multiple fractures and loss of blood even as she was rushed to hospital by onlookers. And no, they did not catch the guy.

For three days, it was touch and go. Thankfully, she is recovering, albeit slowly and has been advised complete bed rest for a couple of months after which there will be a review. It is three weeks now and we are doing all we can to ease the process. Still, it is not fun for a lively, active girl to lay on her back in bed.  Because of the severe hip injury and multiple fractures she is not allowed to turn on her sides. The silver lining is friends visiting and calling. Even so, it is a tough deal. I am trying to do my bit by handling the family’s shopping, lending my shoulders, pep-talking and being the laughter generator – but that eases the pain only to an extent. The actual suffering must always be borne by them. I also pray. I bribed God. It all feels good up to a point. What we all really want is for her to get up and get going again soon.

Luckily, I haven’t quite returned to work yet and with Vidur also on vacation, I am able to hang around at my friend’s place.  Presence is so much more important than presents. Also, she is eager to hear all about our recent, unexpected trip to Toronto and loves that I am a shutterbug. I have over 1500 photos to weave stories for her and hopefully, she’ll be up and about long before I get anywhere near the middle of that bunch of pictures.

Talking of Toronto, let me tell you the story of how that came about. The original plan was to make a short trip to Kodaikanal as my cousin has a timeshare thingy there and has been asking us to use it for years. We figured that now was a great time as any, what with the sweltering heat in our city. We seemed to be sweating our life away. My nephew studied at the International school there and would spout its merits every time he visited – which used to be once a year before he went to the US.

Kody, as we fondly refer to it is a lovely place and a great destination in summer. It is also located close to Madurai, which is a beautiful city to visit. My maternal aunt used to live there and I have fond memories of summer vacations combined with temple trips with my Grandmother when we used to transit through their place.  Ah, those were the days!

So did I take up my cousin’s offer? No.

And why? Because Sury was due to visit Canada for a conference at the lovely BANFF Center in Calgary. We joked about all of us going. And as I chatted with my friend who lives in Toronto – she insisted we visit and the idea was born. I thought, we’re unlikely to go on a holiday for the next couple of years – at least, not longer than a 3-4 day trip – and least of all a trip abroad – so why not grab this chance? We carpe-d le diem exploring options and finally decided to make it an almost three week trip. Rather than look at tour packages we were now contemplating a trip abroad. Once finalized, we had to move quickly to get the visas, the tickets and so on.

I was worried about not being able to keep up with the AtoZChallenge 2013 but thanks to my friend, I aced that.

However, it wasn’t an easy decision to go on this trip. Besides the expense, there were a whole lot of deal breakers to deter us.

But Universe unfolded quite nicely. As things turned out, we did leave as scheduled. Off we went to Toronto for a glorious couple of weeks. The best part, besides meeting my best friend, who we stayed with, is I also got to meet and spend happy hours with three more close friends who happen to live in Toronto. After a fabulous time that went by too quickly, we returned home to India on May 2, pleasantly jet lagged. More about this trip over the next few weeks – so please stay tuned!

“I am determined to be cheerful and happy in whatever situation I may find myself. For I have learned that the greater part of our misery or unhappiness is determined not by our circumstance but by our disposition.”- Martha Washington

And that is the truth. Of course, now that we’re back, we still have to deal with all these things, and then some. But where there is love peace and happiness rush in. We all know that the little things are really the big things!

We haven’t ruled out that trip to Kodaikanal, though, since school reopens only in the third week of June.  So look out for a post on that in the future! Now here is what I want to know:

Will you join me in finding as many reasons as possible to smile with happiness today?

Because if we risk nothing, we risk everything! If you are dealing with anger and frustration, read Professor of Possibility and Positivity –  Victor’s post to be inspired; you will love it

Happy Diwali To All! 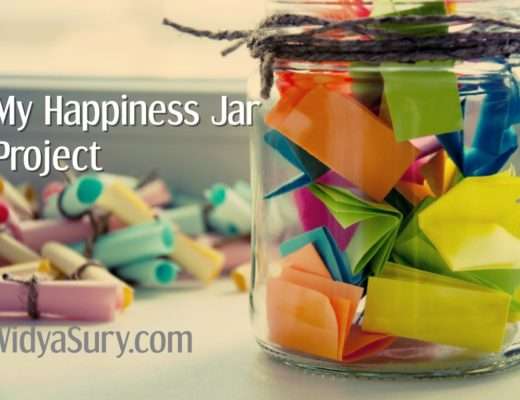