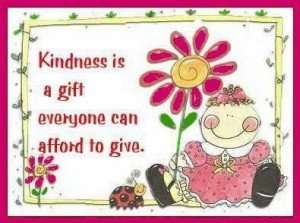 Inspirational stories have always enriched my life.  Lately, I’ve been realizing that for every less than perfect moment, there is a pleasant memory to balance it off. I would like to share one such incident with you, dear friends.  Thinking of it always makes my heart full – and still brings tears to my eyes.

My Mom and I struggled through life for the most part. But as she always said, it is okay to face tough times when we are young – as long as things even out as we grow older. When we’re young, we are stronger. When we grow older, somehow we become more sensitive and things hurt more. But I digress. Let me share a story with you.

My Mom and I moved to a different city. Our income was meager, but we were brimming with attitude and positive that we would manage to make our lives better. We set goals, we made lists.

One of the items on my list was a cupboard. We only had a couple of hired chest of drawers, so I designed a cupboard and dreamed of making it. Some day.

Or so I thought.

A friend, who was a building contractor, assured me that we could make it ourselves.

Building my cupboard – my pride and joy

We got a carpenter.  We went and purchased the materials for the basic frame.  The carpenter put it together. We got the hinges for the doors and our basic structure was ready. We got the laminate cut and fixed it on the front of the cupboard. It looked beautiful. We fixed the glass on the top shelf to show off my miniatures collection.

Then we went and got some antique looking knobs for the drawers and the cupboard portion. We fixed those. We varnished the back of the cupboard – it was six feet tall and six feet wide, with a depth of one and a half feet. We also got four cute “legs”  lathed to fix under the cupboard to give it a lift, so it would be easy to clean under it. Though later, I found the space was perfect for me to keep my shoes.

So – this lovely cupboard traveled with us from city to city – unscathed, in spite of its bulk. In 1992, we moved again to another city. We had an apartment on the first floor and somehow managed to carry it up. A few months later, we had to shift houses and found the fellas couldn’t figure out how to get it out of the house and into the vehicle.  I panicked. What to do? Obviously I couldn’t leave it behind.

As we shifted our other stuff to the new home, I was chatting with the autorickshaw driver I had hired for the day to help me move our stuff.  He asked me why I was looking worried. I told him the problem. (Yes, I talk to everyone like we are old friends).

And guess what? He said he was an amateur carpenter and would have a look at it to and see what we could do. A savior is born – only I didn’t believe it then

Of course I was skeptical – but what did I have to lose? So I took him along and showed him the cupboard. He said it could be dismantled, carried over to the new place and put together again. Unlike Humpty Dumpty.  Shuddering at the thought of how my friend would disapprove – yes, he would –  I was stuck with the following options:

Anything could happen. The carpenter-autorickshaw driver left in the evening, promising to be back the next morning.

That night, I thought of how I lovingly arranged the cupboard, with my collection of wooden toys on the top of the cupboard, various things in the top glass half, audio tapes in the two flat drawers on the right and books in the three large deep drawers under them. On the left was the cupboard portion that took an unbelievable amount of clothes – all pressed and stacked according to color (yes, really. I am like that). I would wipe the brass knobs every other day and fondly look at them catch the sunlight at a particular time of day. The cupboard was my pride and joy.

I thought of the hours my friend and I had spent on making this cupboard and how excited I was the day we took it into our house, as a framework of plywood. Sigh.

When the carpenter showed up the next morning, I had made my decision. I told him I was ready to trust him and he could go ahead and dismantle it. I asked him how much he would charge. He said Rs.100.00 (Today, that’s two US dollars.).  Back then, it should have cost me at least  Rs.500.00. I was suspicious of such a low quote… but as I said, something about him made me trust him.

A trust well placed, I thought, as I watched him first study the structure and then methodically unscrew all the external fittings and store them in a plastic bag. Then, he asked for a piece of chalk and a sheet of paper and a pen. He drew a sketch of the cupboard on the paper and matched the numbers as he numbered the panels in the cupboard with notes. I was impressed – it was the perfect way to do it! He proceeded to gently prise the nails off, patiently, until he was stacking the numbered panels neatly. In three hours, he was done.

My next stressful moment was when he took my new address and promised to come over at 10 am three days later. He did not take any money, saying he was fine with being paid after he put it together again. Would he show up?

Now – those were not the days of mobile phones. We did not even have a land line phone in our house, and if you are wondering how we made phone calls, we used the public booth down the road for local and interstate calls. For interstate calls, we waited in line at 10 pm at night to take advantage of half rates and quarter rates after 11 pm. Depending on who we needed to call.

So what I am saying here is – we had no contact phone number for the carpenter. And no way to get in touch with him.
Well, still nursing a wee bit of apprehension in a corner of my doubting mind, I continued to move house and finished up in two days. And fell sick. The owner of the house we vacated insisted we should repaint it for them if we were to get our advance rent money back – and caught between a rock and a hard place, I got hold of a painter, got the material and got it done. And felt progressively sicker.

I got the advance money back (it is a small fortune as they expect a year’s rent in advance) and headed over to our new place, relieved – where Mom was anxiously waiting. Heaving huge sighs of relief, we settled down to our coffee ritual and felt good – we were in a new house, which was a two minute walk from her school and suddenly, the sun shone again.

Then of course, I had to remember the cupboard and we both wondered – would the guy turn up as promised the next day? The only thing left to do was to take a paracetamol (Tylenol) and go to bed and hope the next day dawned bright and clear.

The guy showed up at exactly 10 am. As promised.

He got to work

Just as systematically as he pulled it apart, he put it together again.

Saw me lying back on the divan. Sleeping off a bout of fever.

Sat patiently outside until I woke up, sweating.

Got one look at me and said he would be back in a bit.

Returned with idlis and coffee and a strip of paracetamol tablets.

Didn’t need those as my Mom had made everything for me….but oh, I was so touched and grateful.

I asked him to eat with me and after much fussing, he agreed.

Then insisted on washing up everything.

And said something I’ll never forget for as long as I live: “If one human cannot care for another, help one another, what is the use of living?”

And telling me to take care, left.

I just sat there, Rs.100 in my hand, eyes filled with tears and a heart that felt full and happy to be alive. Yes. The Universe is indeed a friendly place.

And that, folks, is one of my fondest memories – and one of my favorite inspirational stories.

Life is full of miracles.

Do you remember an incident you experienced, that touched your heart?

I would love to hear it! And now, I have two gifts for you:

My lovely friend Joy Holland has just launched her fabulous 30-day ecourse:  “Illuminate Your Heart Whispers: Thirty Days of Love Prompts with Joy Holland and 29 other bloggers – I am so excited because I contributed one of the Love Prompts.  Go take a look to see who the others are. The program is from March 13 to April 15, 2013.  You will receive a love prompt via email daily, for thirty days – and each prompt includes a dare – to gently nudge you. So – open your heart and get ready!

Joy is generously offering two readers of this blog – that means YOU – the gift of her new ecourse. Take a look at the details and email me to let me know your interest.  You will also receive some amazing bonus gifts with the ecourse.

Enjoy this lovely The Power of Kindness Movie it is a beautiful slideshow of quotes on kindness. 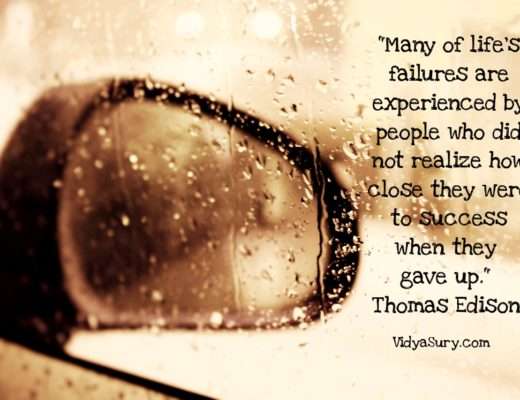 On Giving Up Too Soon 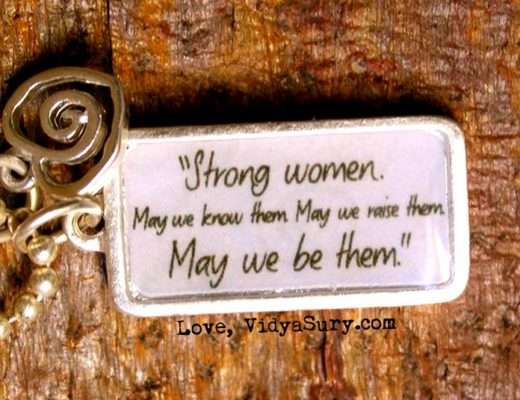 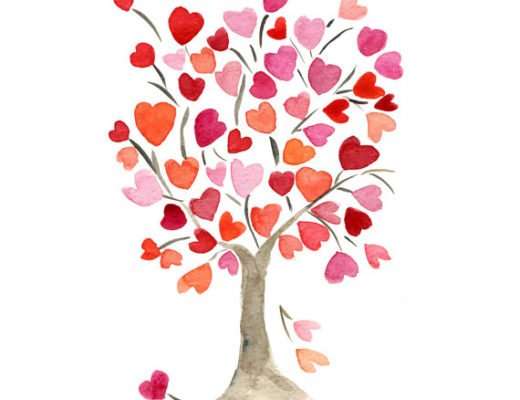