Top Posts
The more thankful I am, the more abundance...
Are You Always Worrying About What Others Think?...
Anyone can be the light, at any moment...
Is Having a Big Ego Good or Bad?
Have You Ever Struggled With Not Knowing When...
The Hill We Climb by Amanda Gorman
The Kind Of Santa Claus Story We Really...
Do you suffer from mental obesity? (4 signs...
Are you that unicorn?
Why you should embrace your inner self
Home Book Review Made by Raffi #BookReview
Book Review#AtoZChallengeInspiring storiesParenting

Made by Raffi #BookReview 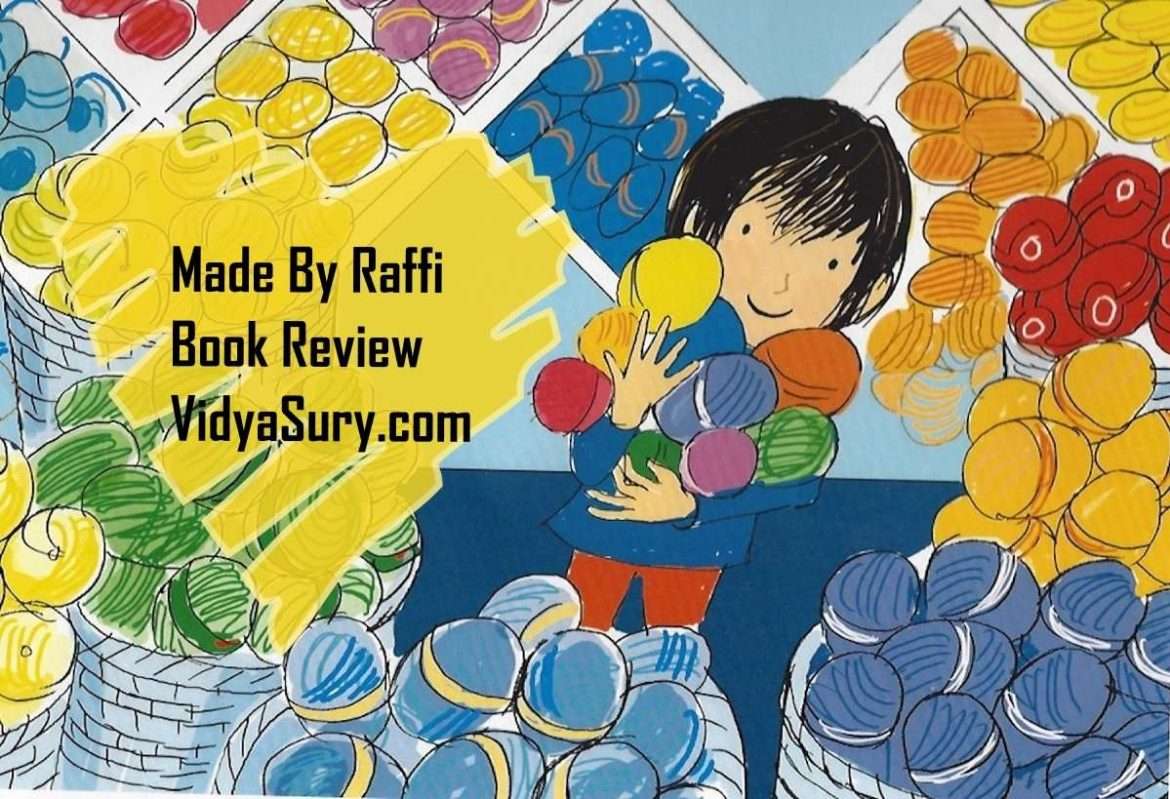 R is for Raffi. Made by Raffi is an original children’s book written by Craig Pomranz, illustrated by Margaret Chamberlain, and published by Frances Lincoln Publishers.

Made by Raffi – book blurb

Raffi is a shy boy who doesn’t like noisy games and is often teased at school. But when he gets the idea of making a scarf for his dad’s birthday, he is full of enthusiasm even though the other children think it is girly to knit. Then the day draws near for the school pageant, and there is one big problem: no costume for the prince. And that’s when Raffi has his most brilliant idea of all — to make a prince’s cape. On the day of the pageant, Raffi’s cape is the star of the show. 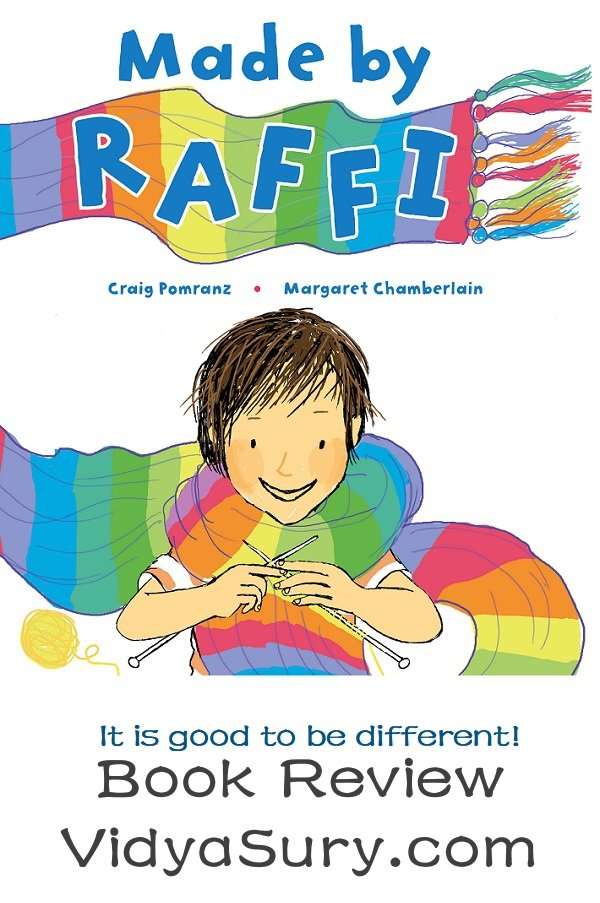 Made by Raffi – my review

This is one of the best children’s books I’ve read in recent times. It is a sweet and gentle story about Raffi, a shy boy who wonders why he is different from the other kids. Is it because his hair is long? Or that he likes to wear bright clothes? He prefers quiet rather than indulge in rough play with the boys.When he asks his parents if he’s strange or weird, they assure him he’s wonderful.

One day, on the playground, he becomes curious when he sees his teacher knitting and when she offers to show him how, he is eager to learn to knit. Soon, Raffi is busy working on a gigantic rainbow colored scarf for his dad’s birthday. He knits on the bus, he knits during school breaks, at breakfast and just about any time he can spare. Of course the other children tease him, but things take a turn when he makes the prince’s cape for the school pageant. After that the whole school praises him. Suddenly he’s the hero of the school and now everyone wants something “Made by Raffi”. 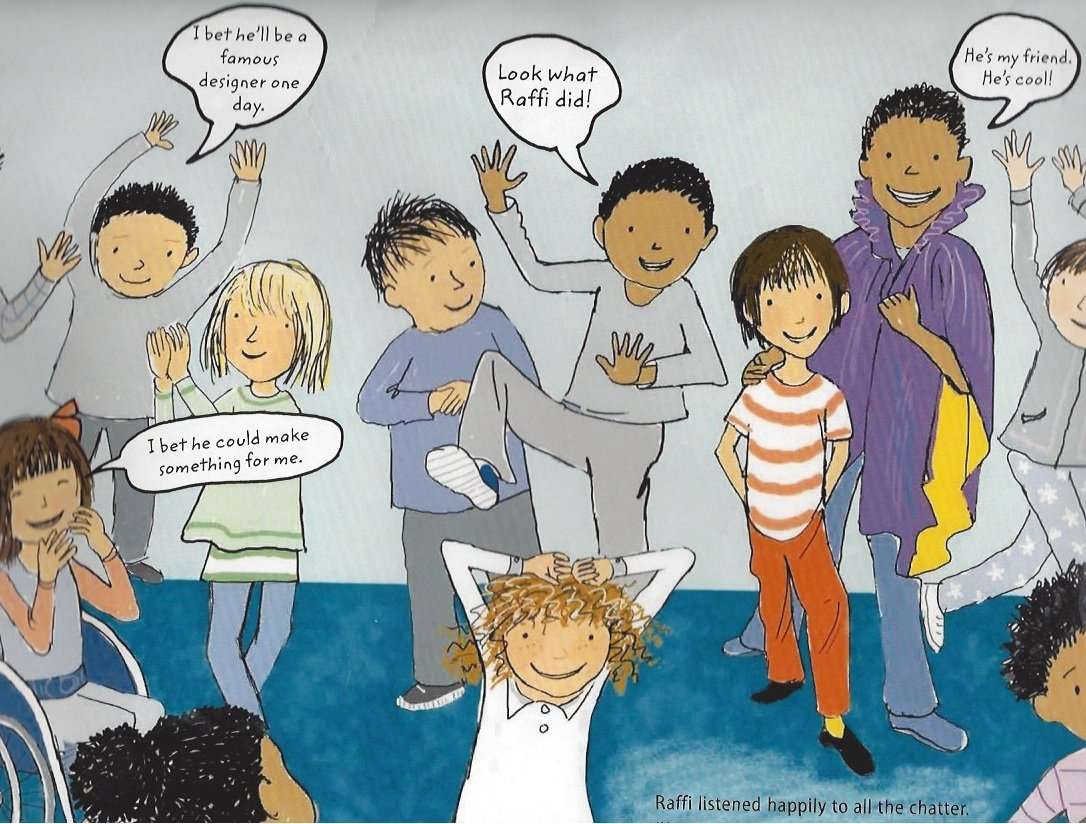 While the story looks simple, it carries several profound messages, the biggest one being “parenting with love” Raffi’s parents encourage his creativity without chiding him for liking girly things. The book also spotlights celebrating differences and how it is important to have the courage to follow one’s passion, and how stereotyping is uncool.

The author has chosen a critical topic for his book—no matter how much the world progresses, gender stereotyping is something that is very hard to uproot and eliminate.

It is a tough life for those who are perceived as “different”.

I identify with the book—I never read the books “girls” were “supposed” to read or like; instead, I preferred westerns and adored motorbikes.

My son enjoyed playing with dolls and of course, we supported him!

I believe this is required reading for all families and should be introduced in schools to let children know that it is absolutely okay to make their own choices without worrying about being bullied or teased. Why should girls be identified with pink and boys with blue? Why should there be a gender divide when it comes to hobbies, clothing, preferences? Why can’t there be gender equality in relation to ability? 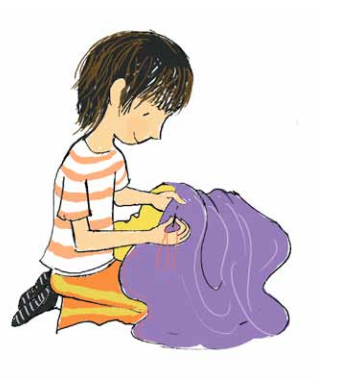 When I interacted with the author, he said, “Inspired by a true-life incident, Made By Raffi is the story of a little boy who likes to knit and sew — at first he is teased for his hobby, but in the end he becomes a hero to his class. I wrote the book to support young boys and girls who are perceived as “different” because of their appearance or hobbies. It is a funny colorful book with a serious message and will interest those who care about promoting diversity and embracing our differences, as well as all children seeking to fit in.”

I shared the book with my son and this is what he had to say:

“I liked how the book supports gender equality and does not discriminate genders because of preconceived prejudices. How nice to see people as individuals based on their interests! The pictures are beautiful—I love everything about the book!”

Craig Pomranz is an internationally known singer/song-stylist, actor and author.  Among his awards are New York’s MAC Award for Best Male Vocalist  2012 and the TOR Award for best actor in a musical venue.

His first children’s book Made By Raffi is published in 8 languages and 11 countries so date by UK publishers Frances Lincoln. The Chinese and Korean editions were just released.

Inspired by Made by Raffi friends and composers Amanda McBroom (Bette Midler’s  “The Rose”) and Michele Brourman (The Land Before Time) have written the song “Different” to be released this year.

His popular CDs “More Than A Seasonal Thing” and “My Heart Don’t Skip A Beat” are heard on radio stations around the world and available on iTunes, CDBaby and his website.

Originally from St. Louis, MO Craig got his professional start at age 12 performing at The MUNY (the largest outdoor theater in the country).  Craig attended Carnegie-Mellon and The Goodman Theatre – The Art Institute of Chicago.

Craig lives in New York City and travels the world performing in nightclubs and theatres.  He is busy working on his next series of books hoping to empower children.

The author generously sent me a digital copy of the book to read and review.

Quirky Quotes to Make You Smile 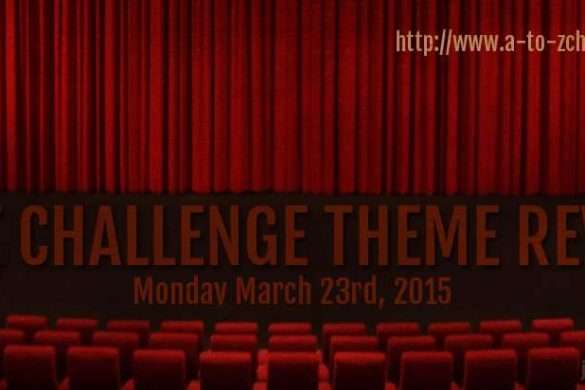 Welcome to the A to Z Challenge Theme Reveal Blogfest 2015 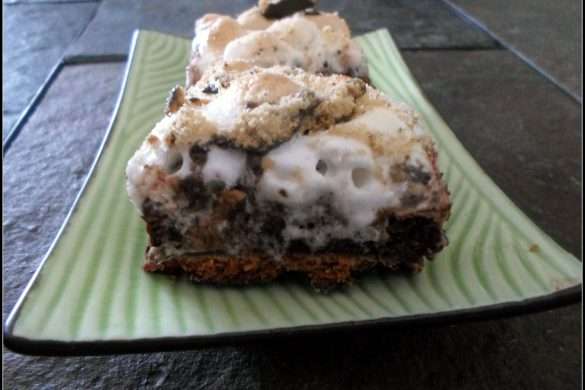 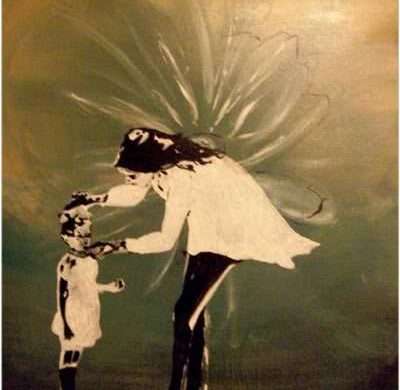 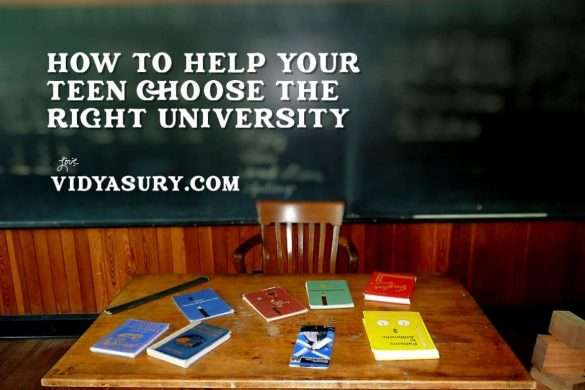 How to help your teen choose the right university 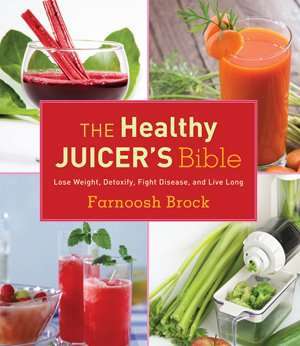 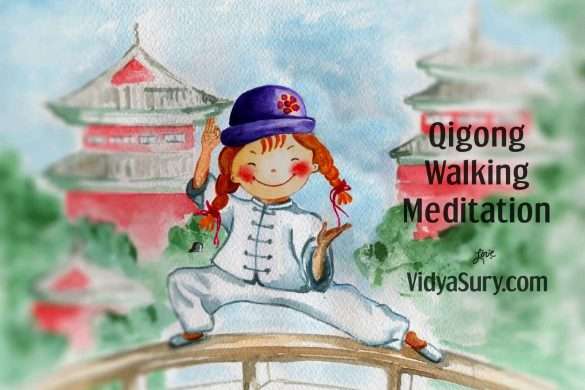 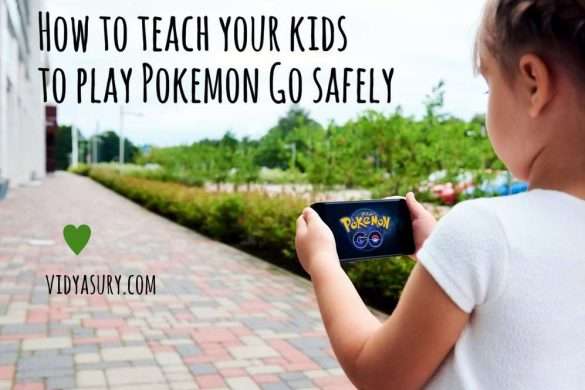 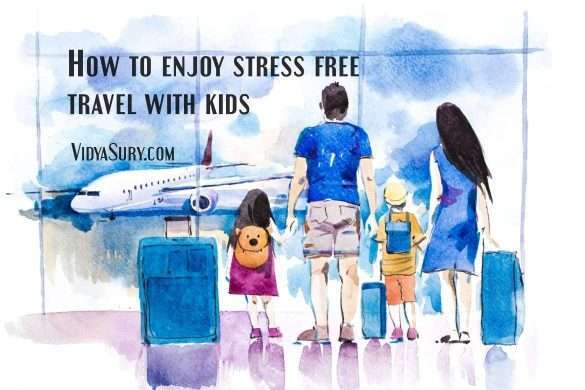 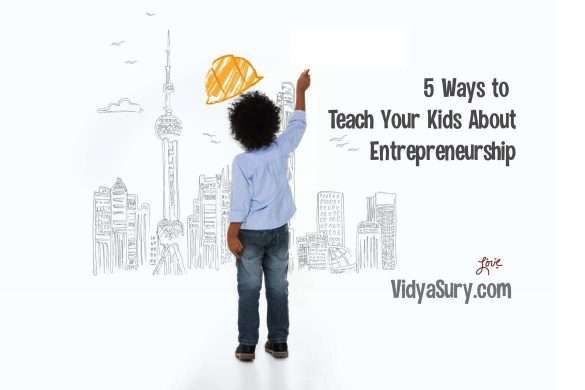 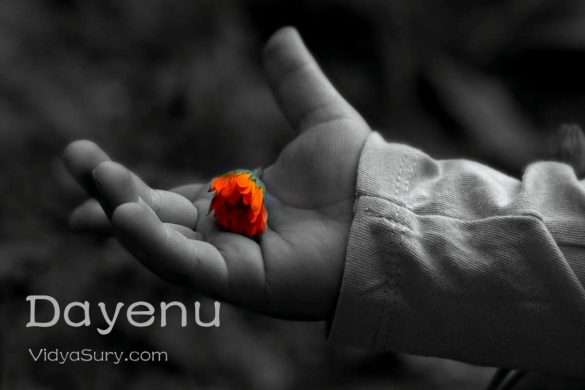 This is a great book for kids who deal with bullying and just feeling different from the other kids and I do t mean the gender issue which I’m glad is also being addressed, but just being different. As a child who disliked sports and was shy, I loved art and would look at the paintings in the Encyclopedia of Art and loved the colours and overall look but I had no one to talk to. This book helps to know that it’s ok to be different

I loved the book Birgit. And of course the message is precious!

Aw. what a beautiful story. This sounds like a book I should get for my son to read. My favourite part of your review was including your son’s review of the book. How gorgeous! He sounds like a very bright and deep thinking boy… cut from the same cloth, of course. I’ve always thought that imparting emotional intelligence onto our children is more important than any other attribute. It says so much about your parenting.
Lauren Kinghorn recently posted…7 Ways to Make Money Online as an Artist on RedBubble

I agree girls should not be identified with pink and boys shouldn’t be associated with blue either. Same is the choice of activities, games and interests with wither gender. Our society shouldnot be judgemental with choices of kids. It is ok to choose whatever a child or an individual likes.
Ashh Akanksha recently posted…NEW Hourglass Vanish Airbrush Concealer & Vanish Seamless Finish Concealer Brush

This sounds like such an amazing book! I love how it’s going against the stereotypes that many of us have grown up with. I would love to read this to my kids one day. A beautiful story about following your dreams and not let societal ideas govern your life.

Awww what a sweet little story. I think it is great for kids to learn that it’s ok to be different , it’s ok to have different likes and hobbies. This would encourage kids to explore their creativity without the pressure of the world. I would definitely buy this one when bubba grows older.
Rajlakshmi recently posted…Tangerine | Sunset Poems