Home Mindful Living The Note. And a Special Activity You Will Love #WednesdayWisdom
Mindful LivingWednesday Wisdom

The Note. And a Special Activity You Will Love #WednesdayWisdom 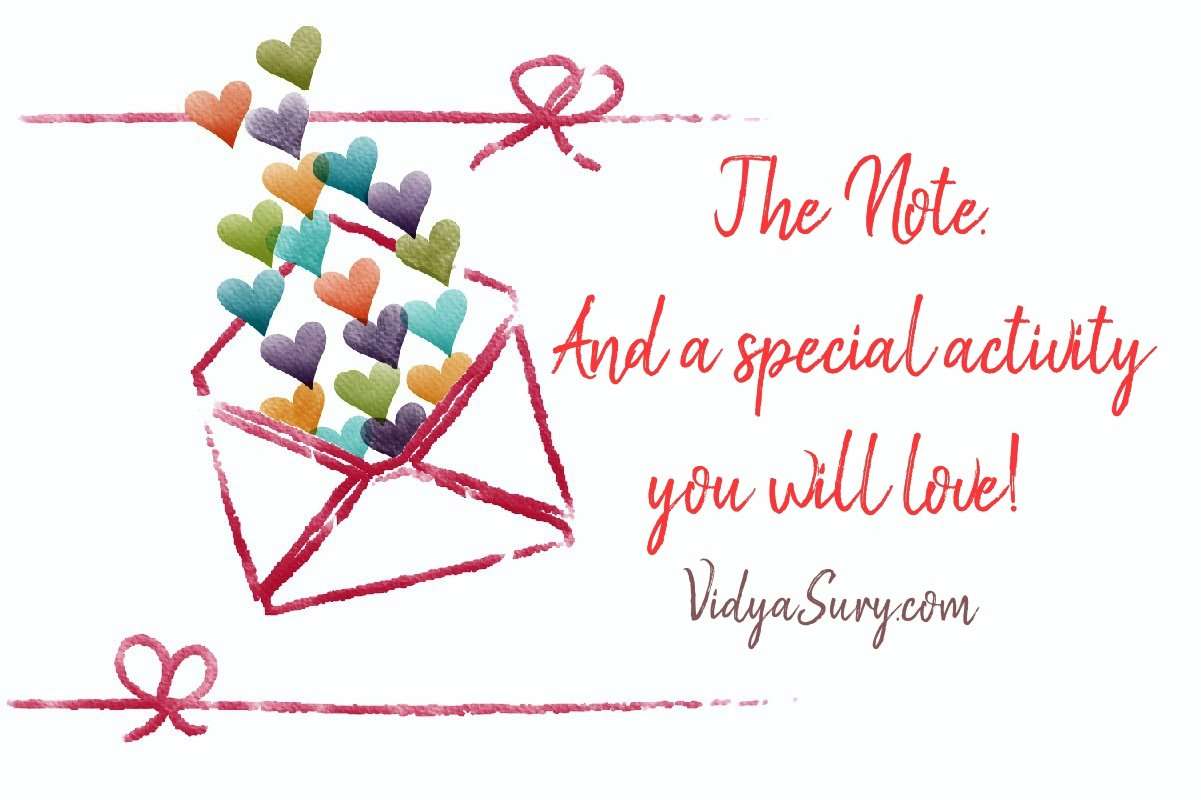 Back in 2013, when I visited my spiritual hometown – the place where I grew up, I met two of my classmates. Fortunately, they lived a minute away from where I was staying and we got to spend wonderful hours together. I met them after 35 years – yes, you heard that right!

We talked right into the night and reluctantly slept—very very late with the happy anticipation of continuing where we left off the next morning. And we did. Lots of laughter, cooking and incessant talking later, as we set the table for brunch, my friend said she had something to show me. I followed her into a side room where she pulled down a beautiful box and from it, took out an old autograph book I instantly recognized. When we finished our 10th grade, it was traditional to get an “autograph” book (slam book?) signed by our friends. Some wrote words.

She had saved mine. Of course, I had filled the page, d’uh. She told me she never forgot what I wrote for her.

What a difference words make! We have the choice to be encouraging or thoughtless. I am not saying we shouldn’t be spontaneous, but there are innumerable opportunities to be kind to someone through words. They cost nothing and can change someone’s life or prove to be a constant source of motivation for a lifetime. 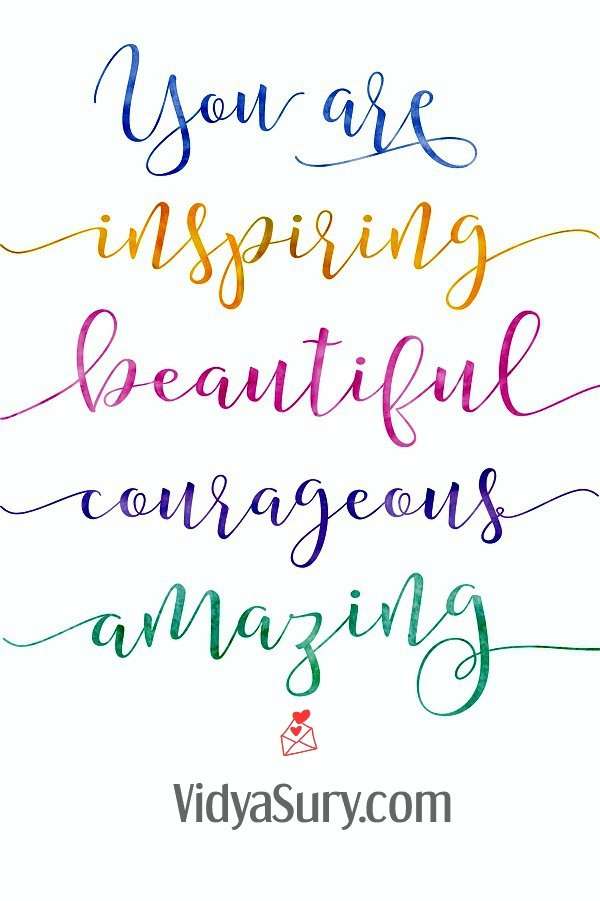 Along these lines, only way, way better, today’s Wednesday Wisdom story is a solid tear-jerker. So get your box of tissues and read. The story chokes me up every time I read it.

One day, a teacher asked her students to list the names of the other students in the room on two sheets of paper, leaving a space between each name.

Then she told them to think of the nicest thing they could say about each of their classmates and write it down.  It took the remainder of the class period to finish their assignment, and as the students left the room, each one handed in their paper.

That Saturday, the teacher wrote down the name of each student on a separate sheet of paper, and listed what everyone else had said about that individual.

On Monday she gave each student his or her list.

Before long, the entire class was smiling.

“I never knew that I meant anything to anyone!” and, “I didn’t know others liked me so much,” were most of the comments.

No one ever mentioned those papers in class again. The teacher never found out if they discussed them after class or with their parents, but it didn’t matter. The exercise had accomplished its purpose. The students were happy with themselves and one another. That group of students moved on.

Several years later, one of the students was killed in Vietnam and his teacher attended the funeral of that special student.  She had never seen a serviceman in a military coffin before. He looked so handsome, so mature. The church was packed with his friends.

One by one those who loved him took a last walk by the coffin. The teacher was the last one to bless the coffin.

As she stood there, one of the soldiers who acted as pallbearer came up to her.

“Were you Mark’s math teacher?” he asked. She nodded: “Yes.”

Then he said: “Mark talked about you a lot.”

After the funeral, most of Mark’s former classmates went together to a luncheon. Mark’s mother and father were also there, wanting to speak with his teacher.

“We want to show you something,” his father said, taking a wallet out of his pocket. “They found this on Mark when he was killed. We thought you might recognize it.”

Opening the billfold, he carefully removed two worn pieces of notebook paper that had obviously been taped, folded and refolded many times. The teacher knew without looking that the papers were the ones on which she had listed all the good things each of Mark’s classmates had said about him.

“Thank you so much for doing that,” Mark’s mother said. “As you can see, Mark treasured it.”

All of Mark’s former classmates started to gather around.

Charlie smiled rather sheepishly and said, “I still have my list. It’s in the top drawer of my desk at home.”

Chuck’s wife said, “Chuck asked me to put his in our wedding album.”

Then Vicki, another classmate, reached into her pocketbook, took out her wallet and showed her worn and frazzled list to the group. “I carry this with me at all times,” Vicki said.  Without batting an eyelash, she continued, “I think we all saved our lists.”

Tears rolled down the eyes of the humble teacher.

We encounter so many people in our lives, and it’s a precious joy to see the good in all those journeys.

Did you enjoy the story? It makes me cry every single time I read it.  As for me, I treasure my Mom’s handwritten notes to me like a lifeline. 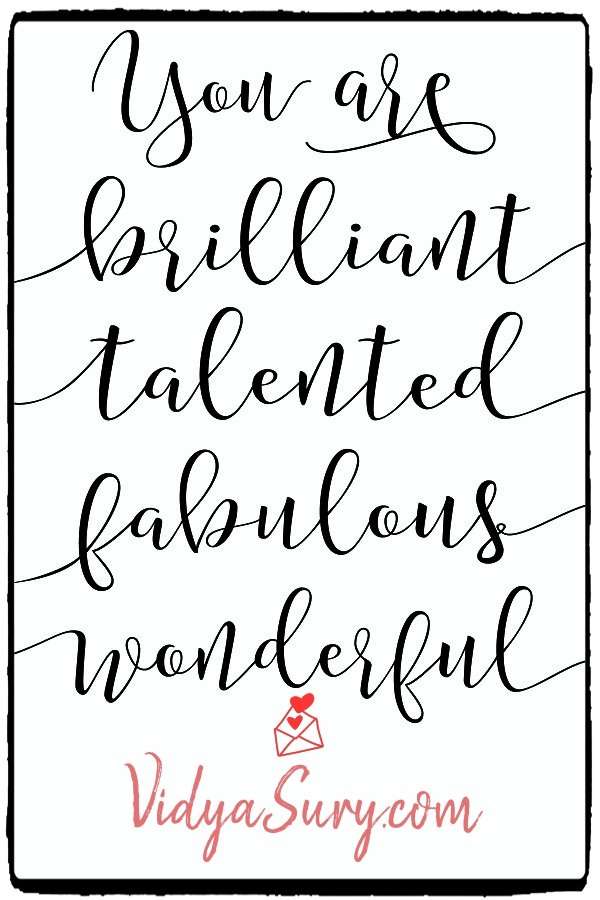 Now, please do this for me:

Think of someone you haven’t interacted with for a while, but have been meaning to.

Take a sheet of paper and write three things you absolutely love about them. (I know it is easier to email – but a physical note is a real treasure).

Send it to them. You’ll be amazed at the difference you make.

Compliment someone. Magnify their strengths.

The Note. And a Special Activity You Will Love #WednesdayWisdom was last modified: November 28th, 2018 by Vidya Sury
Share this post ❤
complimentsencouraging wordskindnessstorythe notewednesdaywisdom
13 comments 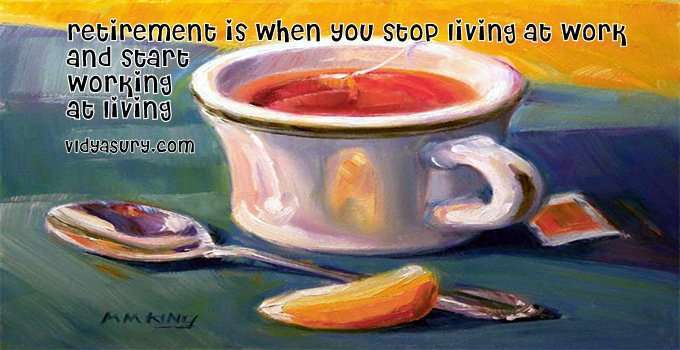 The golden years – a new beginning 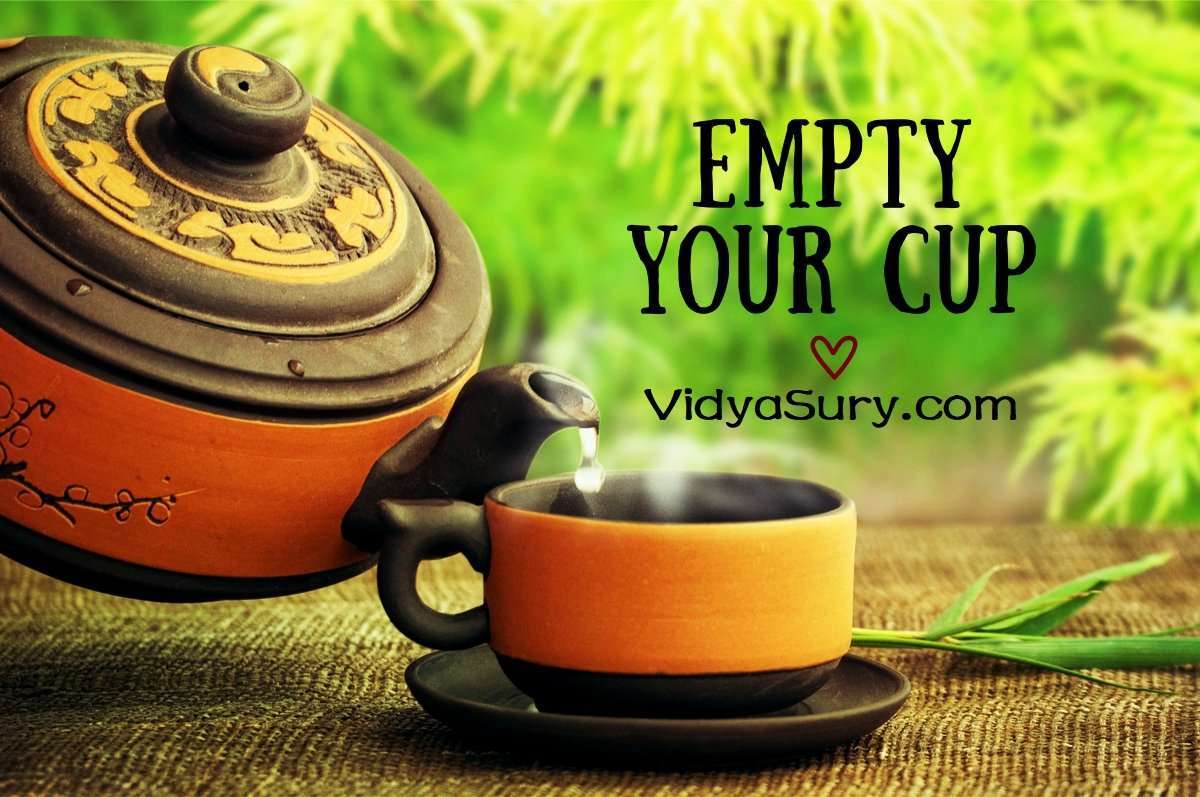 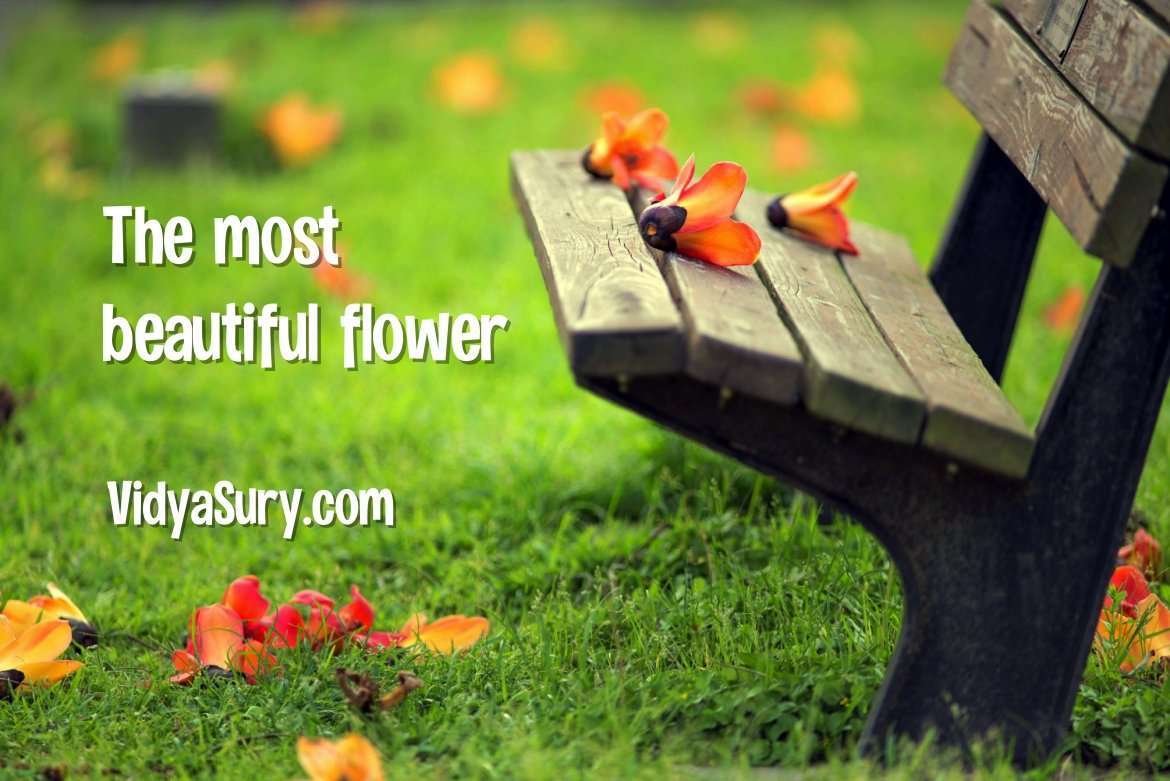 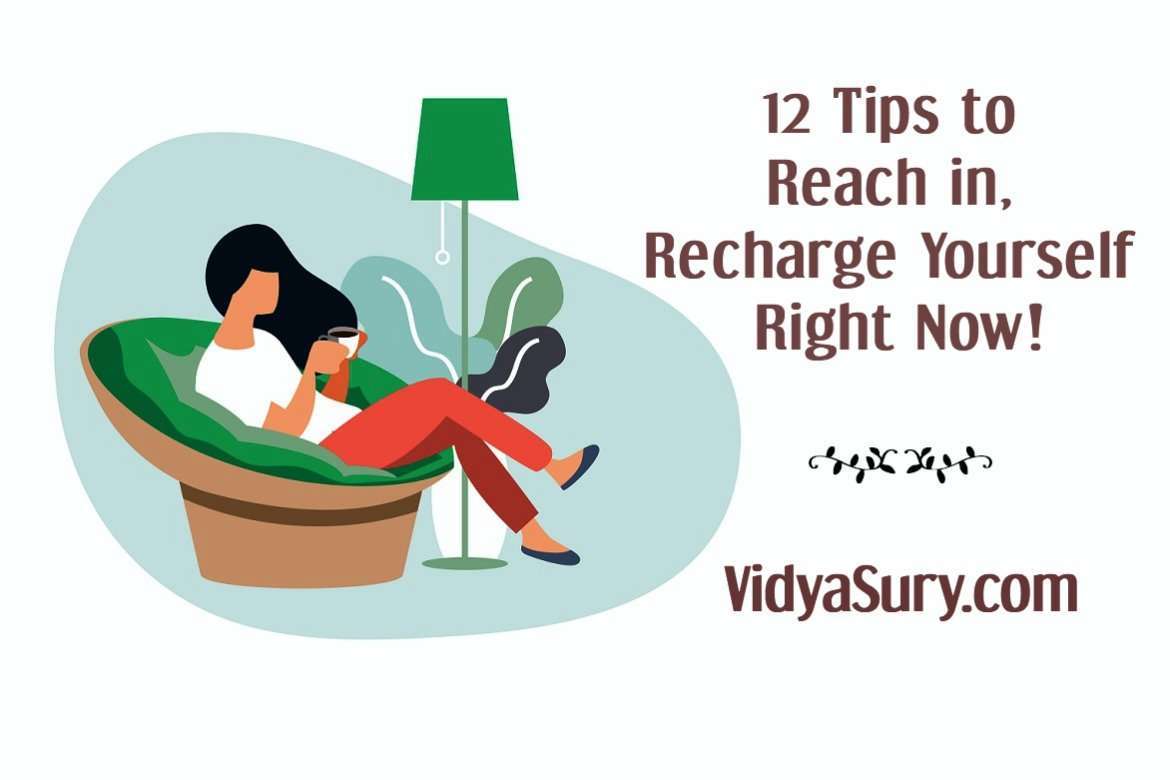 12 Tips to Reach in, Recharge Yourself Right Now! 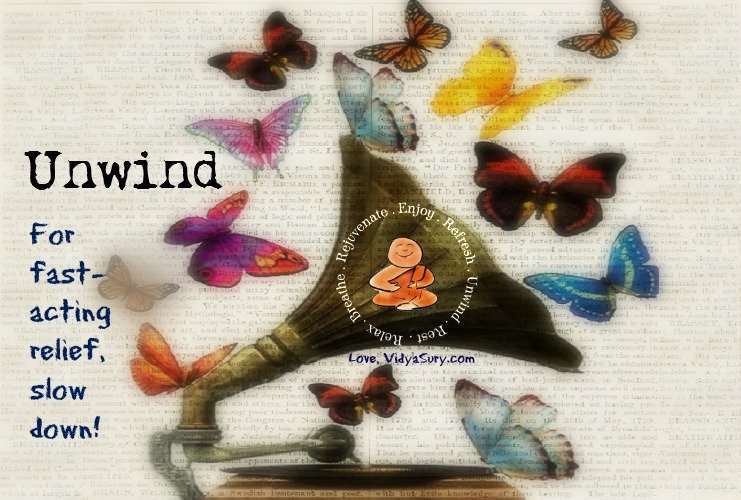 Sundays In My City – My Favorite Smiles 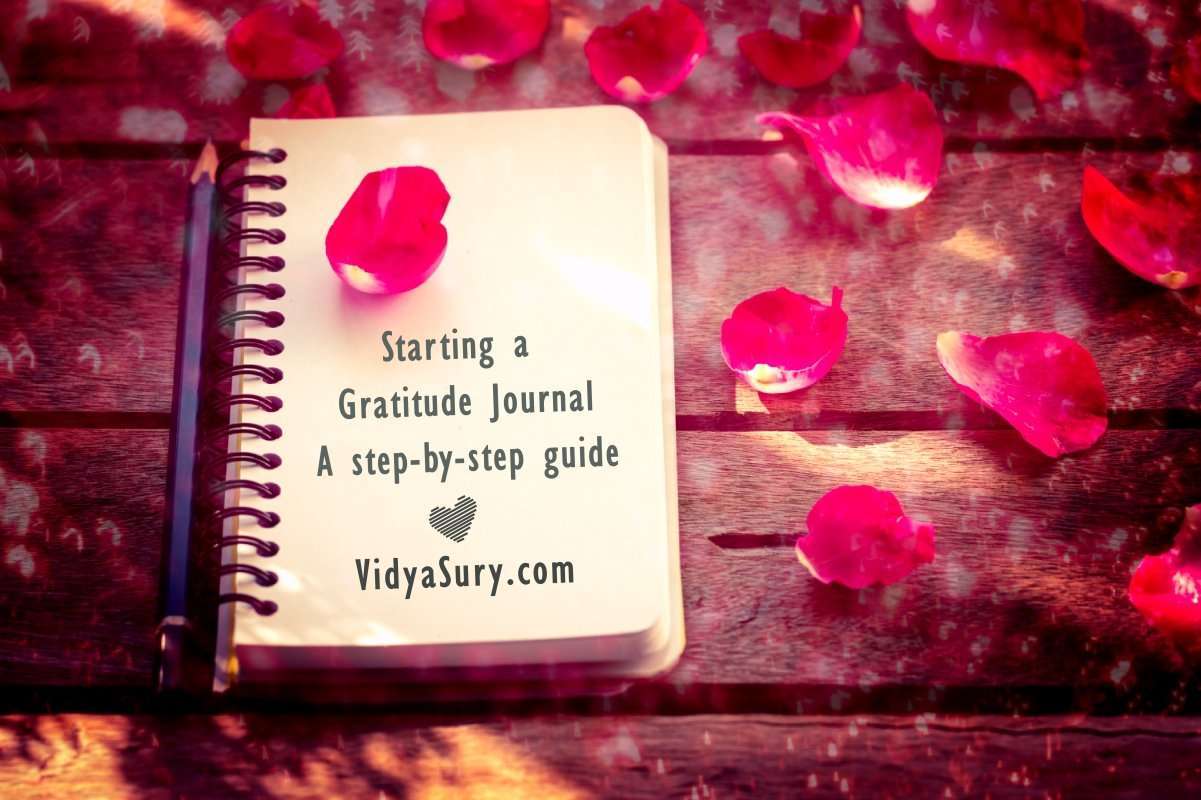 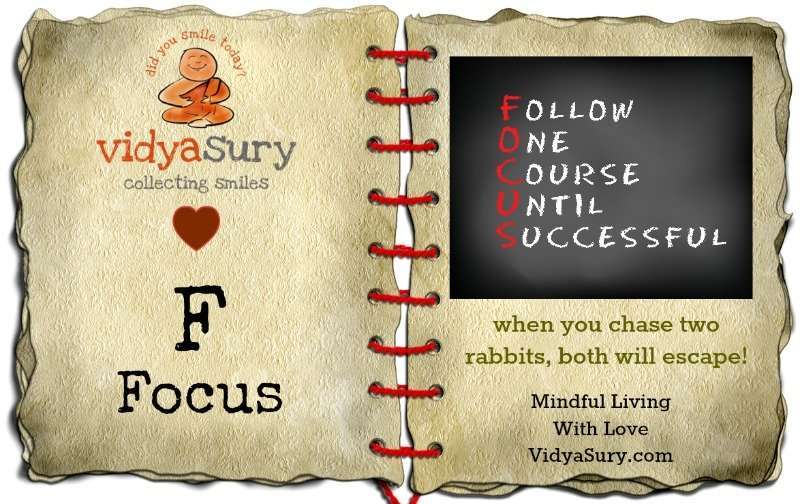 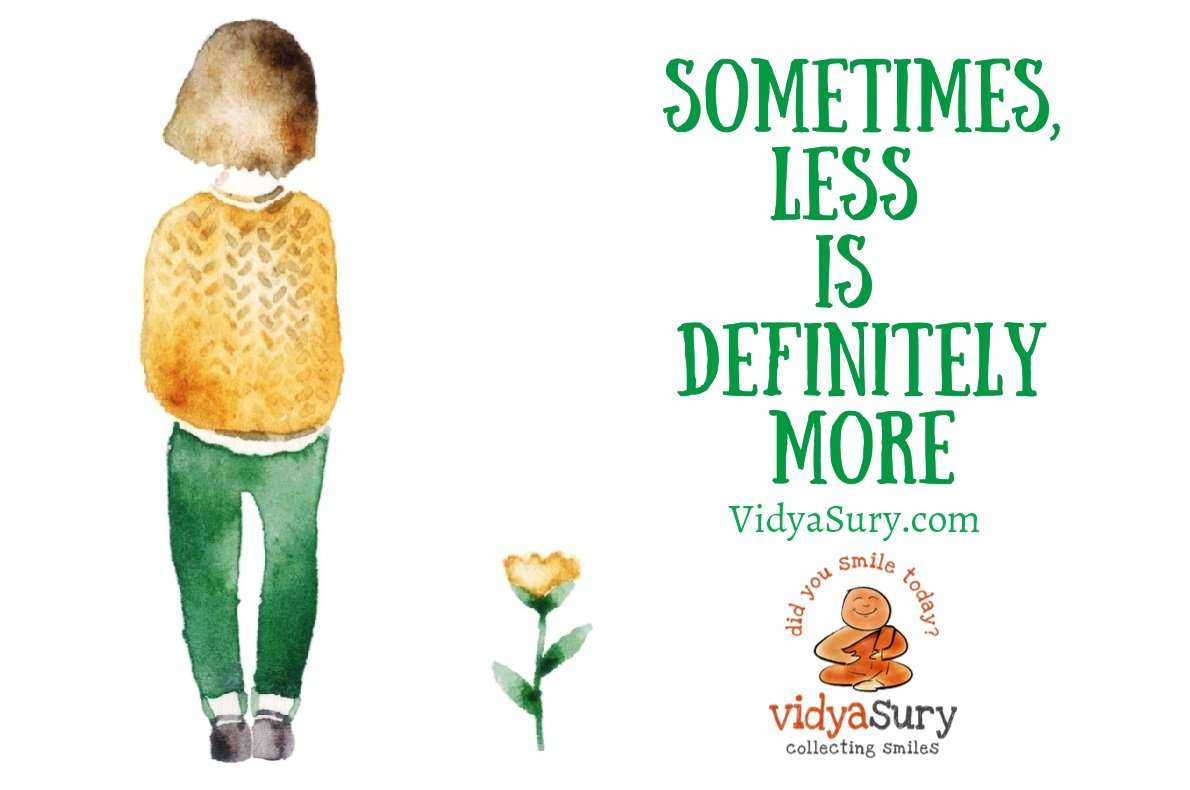 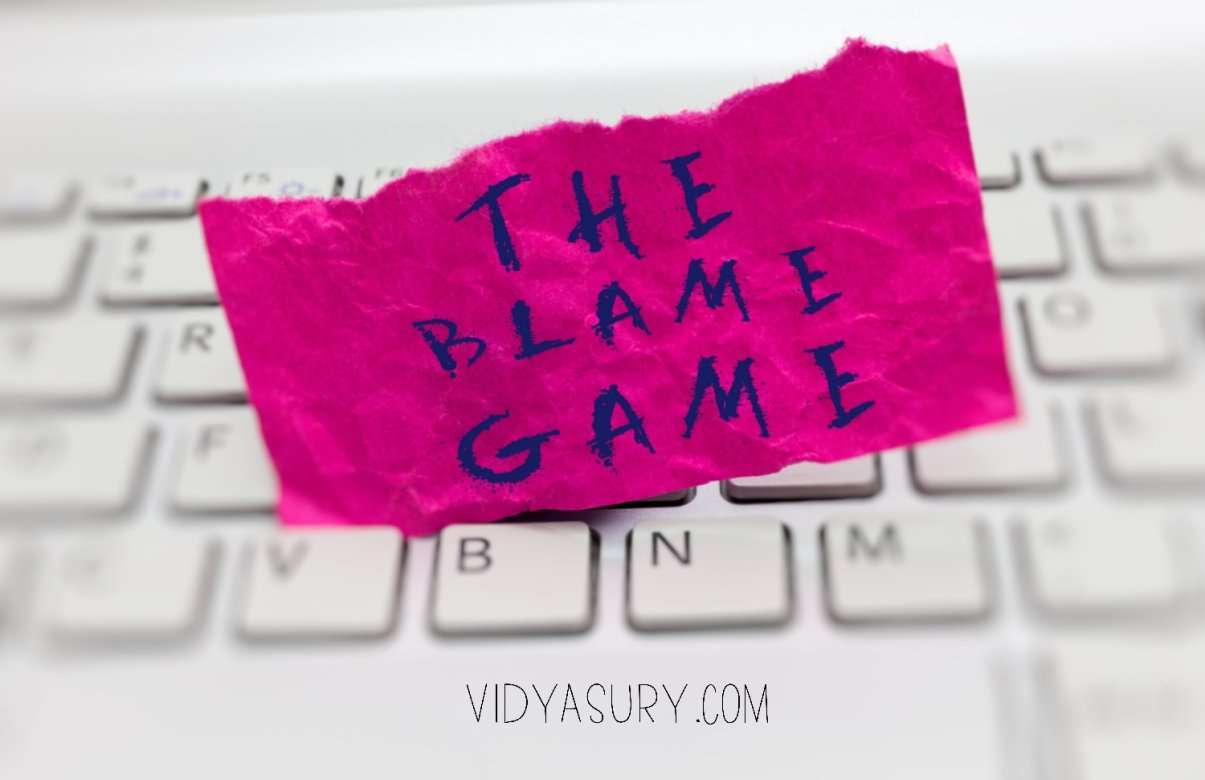 What a beautiful exercise that. I’m doing it for someone right away. Thank you Vidya for this heart-felt post.
Natasha Sinha recently posted…Why Have I Been AWOL? : #MondayMusings #MondayBlogs

This is beautiful and I wish all teachers were like this. You also have touched the lives of your classmates and so many more including me even though I have been lax here and my apologies. Your heart is strong, beautiful and kind. I think I will send a little note to someone because I want to and I feel and sense she needs it.

What a lovely story and idea of reaching out. Namaste, my dear!
Darla M Sands recently posted…Truth in Advertising

I am guilty of not expressing my feelings often enough to the people I love and care about the most. But I am now getting started on a note I should have written long back. Thank you for sharing this, Vidya. It meant a lot.
Shantala recently posted…On Doing Paid Book Reviews – My Thoughts and Some Decisions

Another good post, that makes another person feel good, especially students. I consciously motivate students and hoping one day i can do this unconsciously and continuosly with every of my students. What you receive is easy to give back and practice. Practising many of these good qualities need lot of effort from oneself and hoping that we improve over time. I wish i do this exercise in class!! Thank you for the post

What a wonderful idea! A lively way to spread positivity. Many times we keep meaning to do things, to reach out to people but just don’t. Thanks for the nudge Vidya.
Obsessivemom recently posted…Giving thanks for October #GratitudeCircle

Thank you for sharing this beautiful post, Vidya! What a lovely thing to do!! A wonderful exercise that works for both young and old, I guess. I should get started on this one, right away, I think. You know you are so kind and amazing, Vidya. I love your blog and the person that you are, both inside and out. I love how you inspire us to look within and remind us to look for treasures that we possess. Have a fantastic day today and a great weekend ahead! <3
Esha M Dutta recently posted…Why You Must Support Project WHY |#GivingTuesday

Thank you so much for your lovely comment, Esha! You made my day! That quote: all we seek is all within us is very true – when we are opening to seeing 🙂

This is so special. Thank you for sharing this. I am going to do this right away. I am an expressive person and compliment my near and dear ones at every opportunity. But there is someone who needs to hear this. Love you for this, really!
Aditi Kaushiva recently posted…Finding Autumn Magic in the New Forest | Aditi’s Pen

We all have lists….but we never reveal them. Maybe now I’ll start exposing what’s on my mind..
Forgive the word exposing…being a photography enthusiast…that term naturally came to my mind …

What a beautiful story and gesture in it Vidya. I am inspired to do this for someone right away. Thanks for this wonderful inspiration! 🙂

Thank you, Shalini! So glad!