Top Posts
The more thankful I am, the more abundance...
Are You Always Worrying About What Others Think?...
Anyone can be the light, at any moment...
Is Having a Big Ego Good or Bad?
Have You Ever Struggled With Not Knowing When...
The Hill We Climb by Amanda Gorman
The Kind Of Santa Claus Story We Really...
Do you suffer from mental obesity? (4 signs...
Are you that unicorn?
Why you should embrace your inner self
Home Mindful Living Thank you for your time #WednesdayWisdom
Mindful LivingWednesday Wisdom

Thank you for your time #WednesdayWisdom 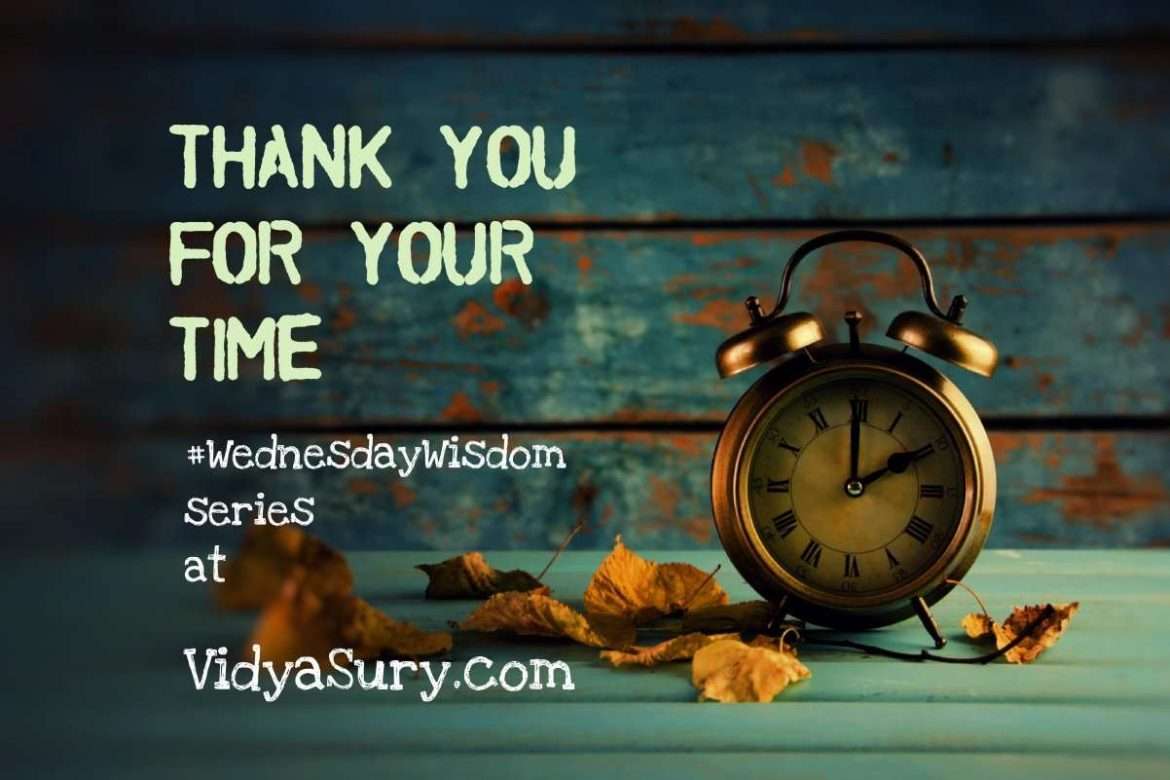 Jack was at work when the phone rang. It was his Mom calling.

When he answered it, she informed him that their neighbor, Mr. Belser had passed away the night before and that the funeral would be on Wednesday.

Jack recalled memories of his childhood days spent with Mr.Belser, going down memory lane, when his Mom’s voice brought him back to the present. He told her he had assumed Mr.Belser had passed on years ago, considered it had been a while since he’d thought of him.

His Mom informed him that Mr.Belser hadn’t forgotten him. Every time they met, he inquired after Jack and reminisced over the time they had spent together.  She went on to tell Jack that even after his father had passed away, Mr.Belser had made sure he was around so Jack had a “man’s influence” in his life.

Jack recalled how Mr.Belser had taught him carpentry and now, he was in the business thanks to everything he had learned. He assured his Mom he’d be home for the funeral.

In spite of his busy schedule, Jack arrived on time for the funeral, which was a small affair. He had no family of his own and most of his relatives were long gone.

Soon it was time for Jack to return to work. His Mom and he decided to see Mr.Belser’s home just once. As they stood in the doorway, Jack marvelled at how the house looked exactly as he remembered.

His mind flooded with memories long past. His eyes rested on the pictures, the furniture…until he saw Mr.Belser’s desk. He gasped.

Worried, his Mom asked him what was wrong. Jack told her that a small gold box that always sat on Mr.Belser’s desk was gone. It was always locked, and Jack had asked him countless times what was inside and Mr.Belser had always replied “The thing I value most”

The box was gone, even though everything else was exactly the same in the house.  Jack felt a little sad. He would now never know what was so valuable to Mr.Belser. Deciding to call it a day as he had an early morning flight to catch, Jack and his Mom returned home.

One day, when Jack returned home, he saw a note in his mailbox. A parcel had arrived and he needed to sign for it to claim it. The next morning, he stopped by the post office to collect the box. It looked ancient. Jack was intrigued when he saw the sender’s address.

The moment he got into his car he tore off the packing and there, in his hands, was the gold box, with a note.

Jack’s hands trembled as he read the note.

It said, “Upon my death, please send this box to Jack Bennett. It is the thing I valued most in my life.” Jack found a tiny key with the note. As his eyes filled with tears, he gently unlocked the box. Inside, was a beautiful gold pocket watch.

And on it was engraved these words: “Jack, thank you for your time. Harold Belser.”

Jack realized that the thing Mr.Belser had valued most was his time. He held the watch in his hand and sat quietly in his car, thinking.

Making up his mind, he called his office and told his assistant to clear all his appointments for the next two days. When she was puzzled, he told her he wanted to spend time with his loved ones. He then thanked her for her time.

“Life is not measured by the number of breaths we take but by the moments that take our breath away.” 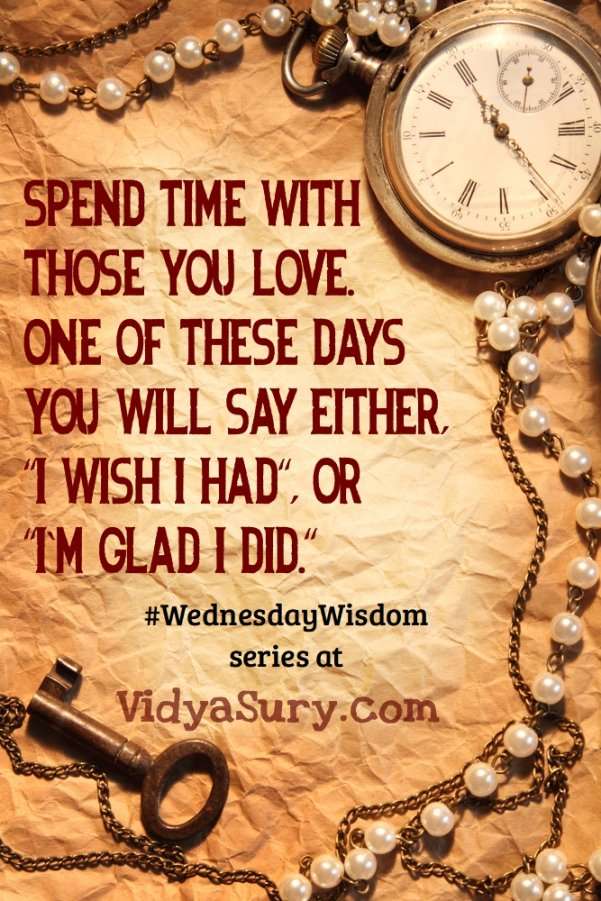 I was moved by this story.

Relationships are the most precious things in life.

Now, make it a point to call at least three people you love and tell them how you feel.

The greatest gift you can give someone is your time because when you give your time, you are giving a portion of your life that you will never get back.

And… thank you for your time.

Thank you for your time #WednesdayWisdom was last modified: July 4th, 2018 by Vidya Sury
Share this post ❤
mindfulnessrelationshipsstorytimeWednesday Wisdom
5 comments 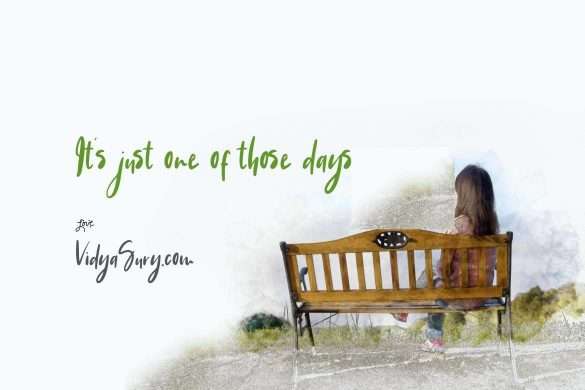 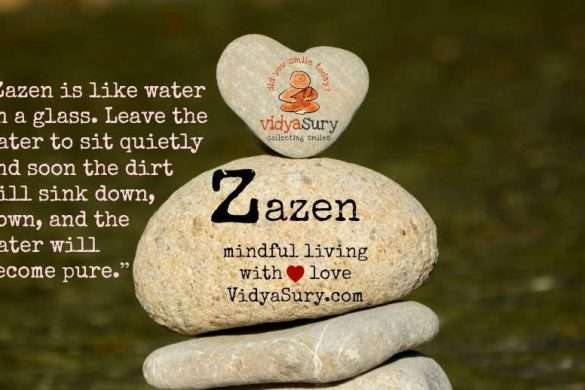 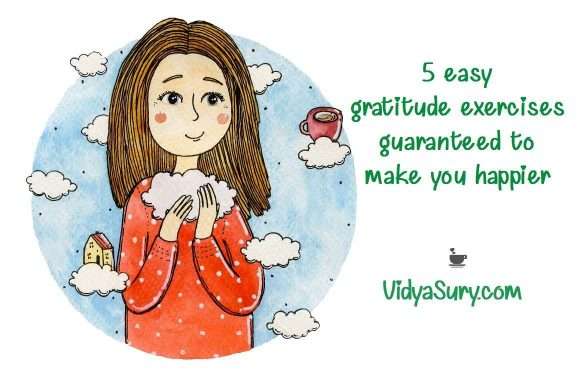 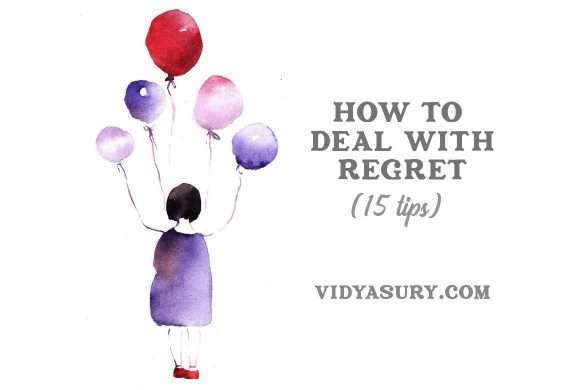 How to deal with regret (15 simple tips) 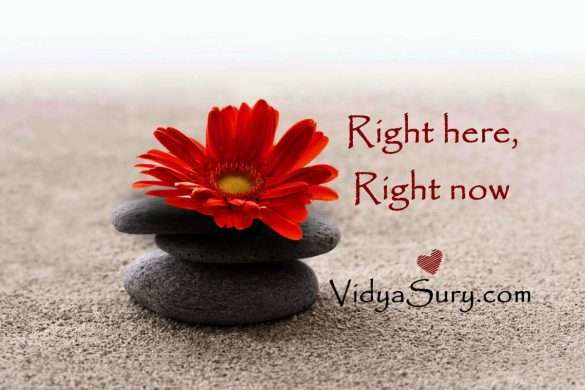 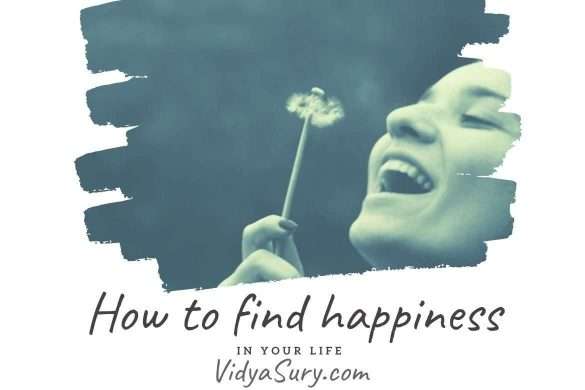 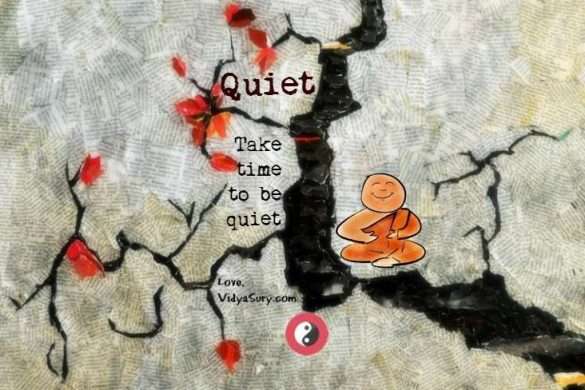 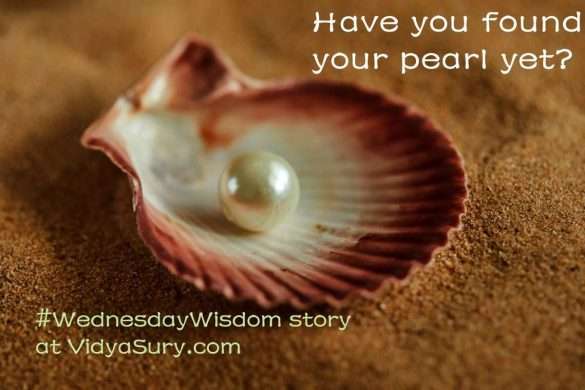 Have you found your pearl yet? #WednesdayWisdom 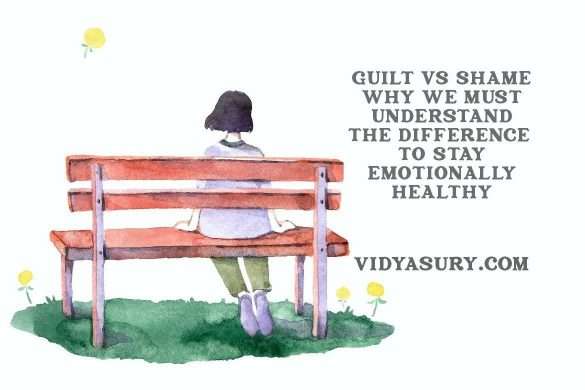 Time is one of the things which come free. Time management techniques, proper planning , punctuality, and prioritizing help in making time.
Following the above goes a long way in destressing!

A year back, I gave up my job to spend time with my three and a-half-year-old twin daughters. I know my professional career is as good as over with such an impulsive decision, It is playing havoc with personal finances.

However, I know what matters to me the most – the time with my daughters. And I am not going to give it up for anything else in life.
Chirag Mehta recently posted…Little Moments: Memories with our children – 2

This is a wake up call Vidya. Sometimes humans get caught up on stuff that does not matter. Relationships matter. People you love matter. Set aside time for your friends regularly to live a rich, fulfilled life.