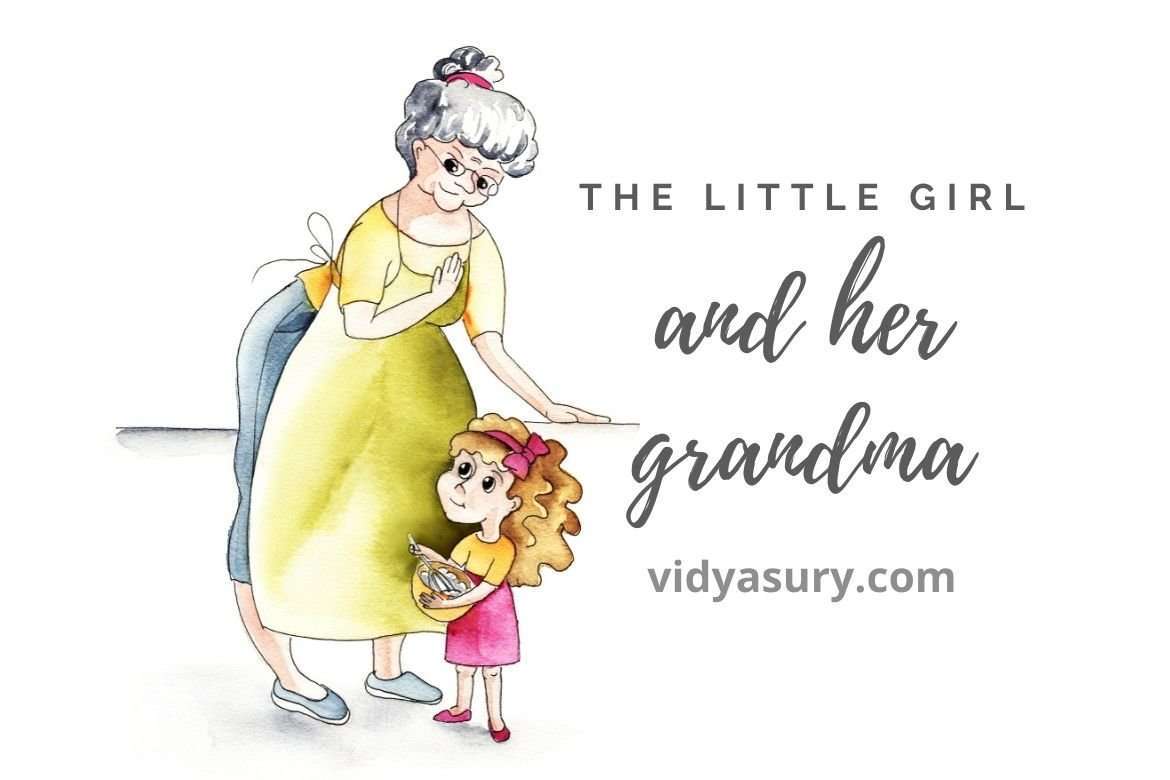 I grew up with my grandma and feel absolutely blessed. Not everyone is lucky enough to grow up with grandparents but those who do, will probably agree that it is one of the best things about life and builds so many wonderful memories to cherish. I know I agree.

My grandmother was quite strict, but she was also one of those people who believed in the iron hand in velvet glove, and made sure she taught us to do the right thing. She was not a tactile person but knew how to show her affection. Everyone who knew her, adored her. She was the go-to person for help and advice in our area.

And of course, I like to think I was her favorite granddaughter since I spent almost twenty-four years of my life with her, until she passed away peacefully in her sleep at the age of eighty-seven…I think. Those days they could only guess at their birth dates based on various factors.

So when someone sent me the following story on WhatsApp, I was delighted. Reminded me of my own loving relationship with my grandmother. If you’ve already read it, please bear with me. I hope you’ll enjoy reading it again.

“Mom, we are going to the Mall. Would you like to come along?”

“Grandma, you should also come,” insisted the granddaughter.

“Grandma’s legs are aching dear. It will be hard for her to climb all those steps in the mall.  Also, she does not know how to use the escalator. Moreover, she may probably prefer to visit a temple and there are none near the mall,” said the daughter-in-law.

Grandma smiled and nodded in agreement. But the granddaughter was adamant. She refused to accompany her parents if her grandma was not going along. Grandma tried to convince her she was not interested, but there was no way she could stand her ground against her ten-year-old granddaughter.  Finally, she gave in and agreed to accompany them.

The granddaughter was very happy.  Her had asked everyone to get ready.

The little girl took her grandmother to the living room. There, she drew two parallel lines one foot apart. She told her grandmother that it was a game and she had to pretend that she was a crane (the bird). She had to place one leg inside the lines and raise the other leg by three inches.

“What is this, my dear?”  asked Grandma.

“This is the Crane Game, Grandma.  Let me show you how to play.”

Together, they played the game a few times.

By the time the little girl’s father brought the car around for them to leave, the grandmother had become quite adept at the game.

The family set out to the mall and when they got to the escalator, the dad and mom wondered how grandma would manage. They watched as the granddaughter led her grandmother by the hand to the escalator and said, “Grandma, let’s play the crane game!”

The grandmother raised her right foot and kept it on one of the moving steps and raised her left leg by three inches and could easily reach the next moving step. This way, she effortlessly used the escalator to reach the higher level, to the wonder of her son and daughter-in-law.

Then, having successfully made her debut on the escalator, grandma and granddaughter went up and down several times, enjoying the fun.

A while later, they decided to go to the movies at the mall. As it was quite cold inside, the granddaughter, brought out a shawl from her bag and draped it around her grandma, smiling tenderly. She had come prepared for this!

After the movie, they went to a restaurant. When the son asked his mother what she wanted to order, his daughter took the menu from his hands and thrust it towards her grandma and said,

“You know how to read; go through the menu and order whatever you want, Grandma!”

Grandma happily ordered. Once they had enjoyed their meal, Grandma wanted to use the restroom. When she was there, the father asked his daughter how she knew so much about his mother that he had not known.

The little girl promptly replied, “Dad, when you go out with a young child you prepare for the outing with so many things – milk bottles, diapers, wipes, extra clothes, etc. I am sure grandma did all this for you. Why not show her the same love? Why should be assume she only wants to go to temples? She might also enjoy going to other places and having fun. Since she doesn’t mention this, it is up to us to coax her to speak up.”

The father was speechless and became emotional. What a wonderful life lesson to learn from his ten-year-old daughter!

Did you enjoy reading this?

Isn’t it heart-warming that the little girl is so compassionate and loving? It is what children must learn as they grow up. To pay it forward. To be kind. 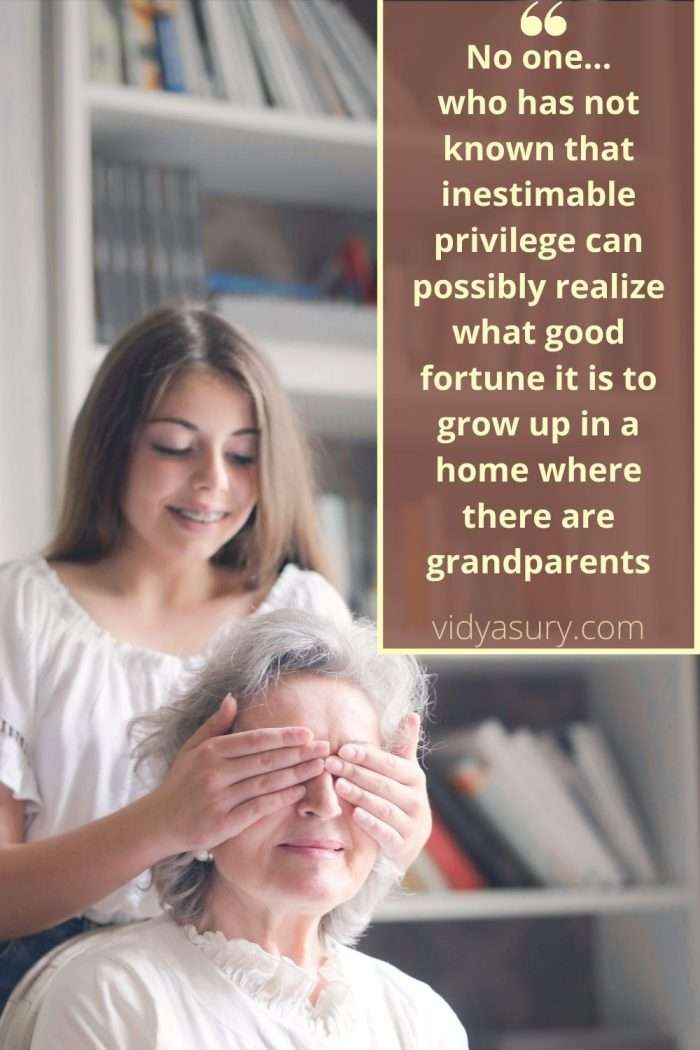 Why you should embrace your inner self 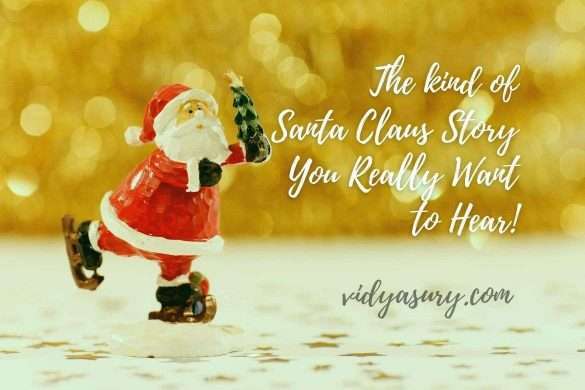 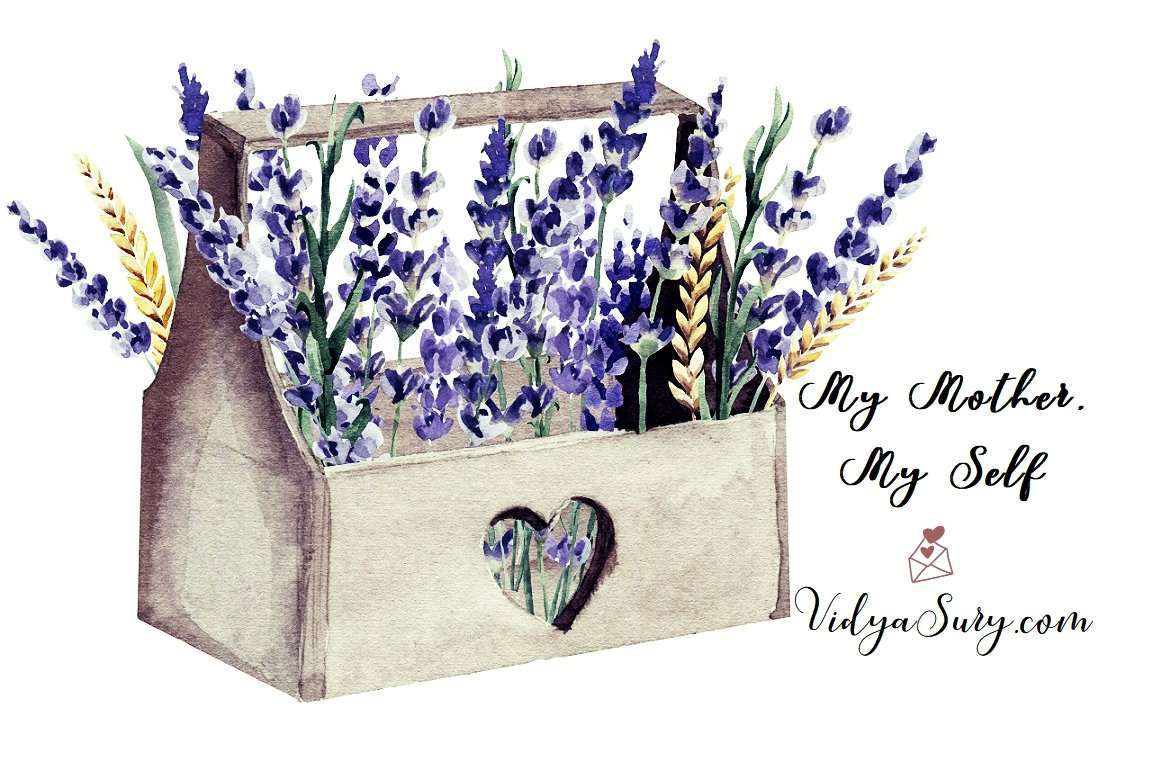 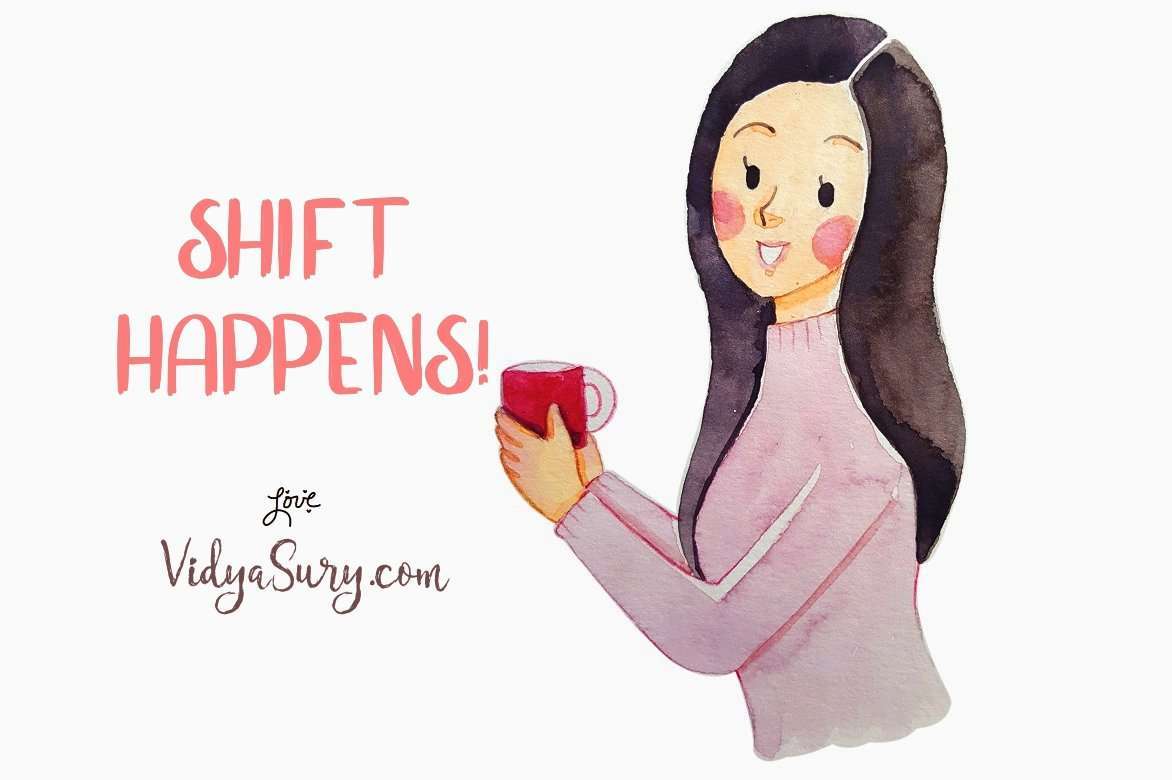 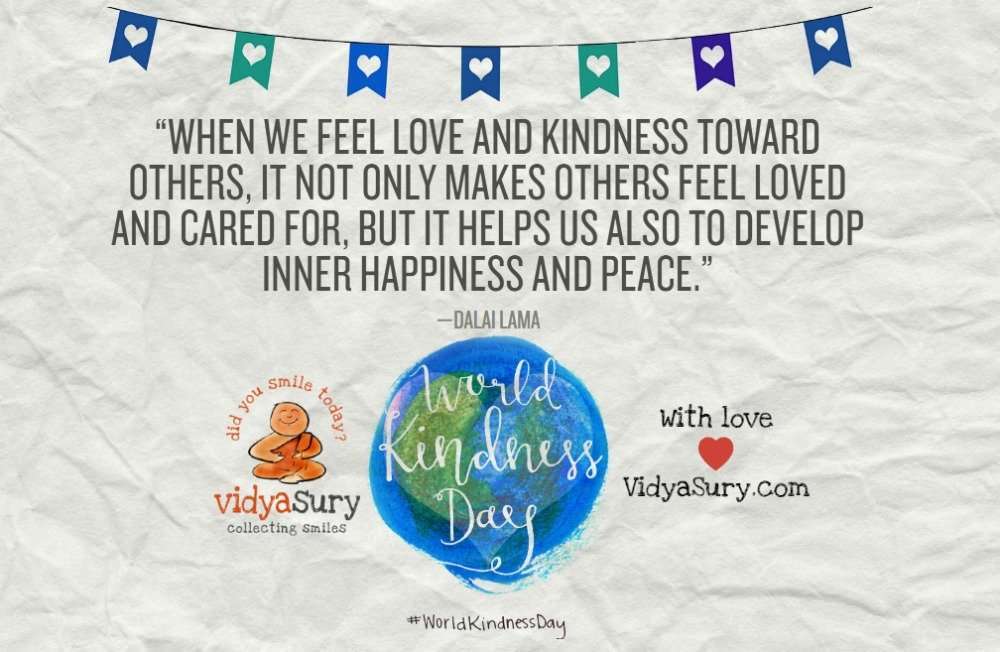 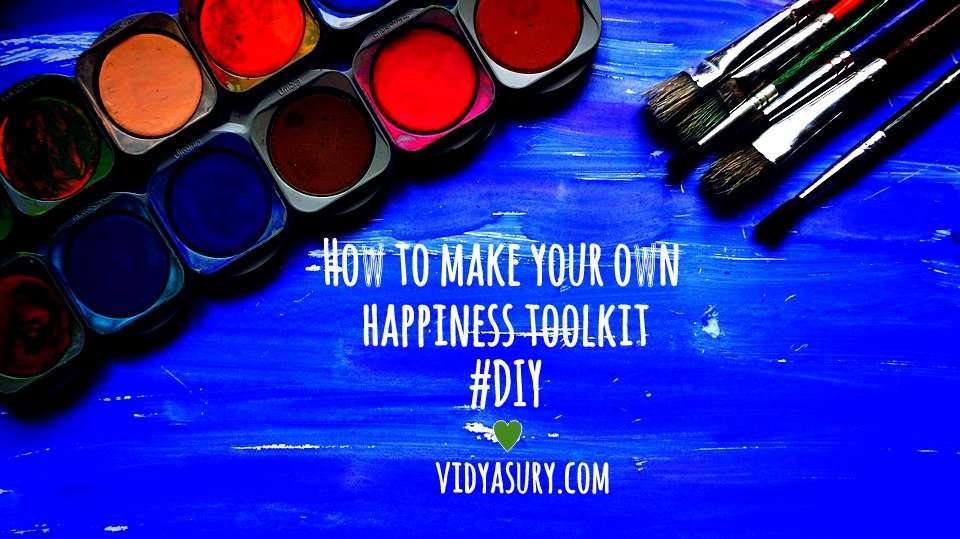 How to make your own Happiness Toolkit 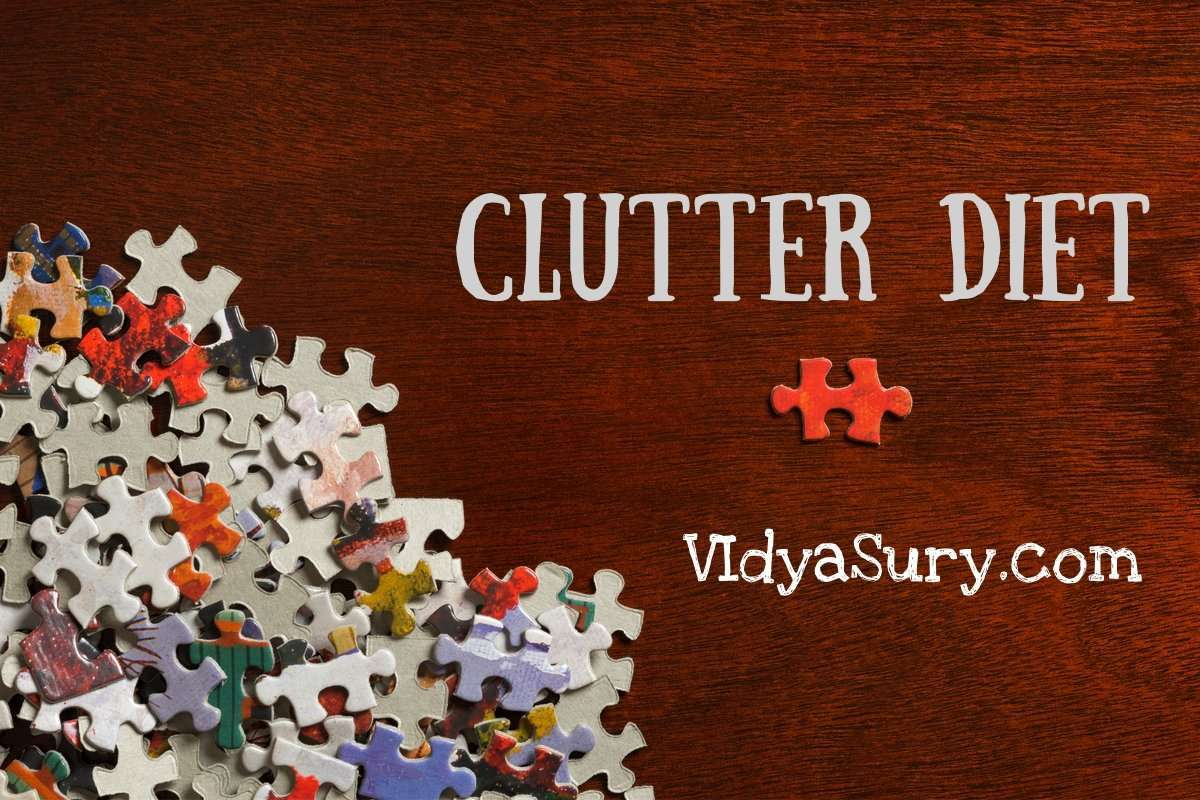 Do You Need To Go On A Clutter Diet? 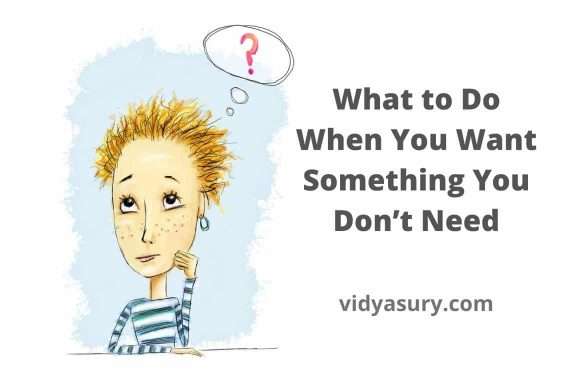 What to do when you want something you don’t need? (8 simple tips) 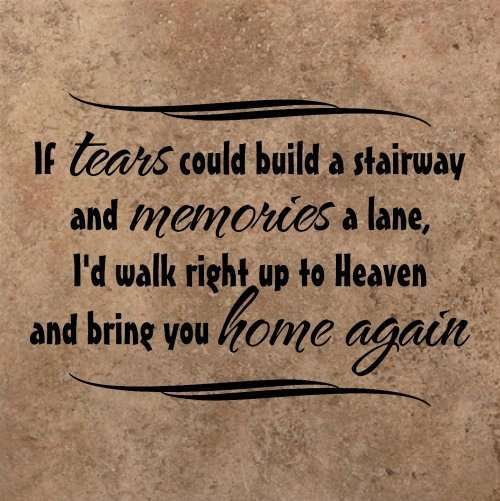 If Tears Could Build A Stairway

Ah…what a beautiful story. Today when children are fast forgetting the value of relationships, such stories can inculcate affection for the near and dear ones:)
Aditi Kapur recently posted…Journey of Indian Media – A Fast-Changing Reality

Right, relationships are easy to make, but its really a big deal to maintain them.
Soulful recently posted…Relationship quotes

Back after a long back, worth reading, nice story, it makes us think while handling a relation.
ajay kumar recently posted…Batch Reactor Vent Sizing Calculator

What a great story. Amazing reading for me. Thank you for sharing this article.
William recently posted…How To Buy Soccer Cleats-Complete Buyer’s Guide